Licensing and the public health objective

Licensing briefing: is the public health objective in the Licensing (Scotland) Act 2005 achieving anything? Information from boards suggests that there is no reliable evidence on which to apply it
14th October 2019 | Tom Johnston

I had hoped by now to have the final version of the guidance under s 142 of the 2005 Act. I am more than a little surprised to see that 15 months have elapsed since I wrote that it was on its way. I saw a draft some time ago, which seemed OK-ish; however, all has gone quiet. Whoever complained about the speed of the wheels of justice was clearly not well acquainted with that of lawmakers.

One possible reason for the delay is that the Scottish Government has asked licensing boards to comment on their experience of delivering the public health objective via the licensing system. Replies are trickling in. Those received make interesting reading.

Before looking at them, it may be worth stepping back in time. We have had 15+ years to get used to s 4(1)(d), with its licensing objective of promoting and improving public health. It is difficult now to recall the astonishment and downright ribaldry with which this was initially received. Although the legislation was modelled on England’s Alcohol Act 2003, this concept was brand new. We were to be given five objectives while down south they had only four.

How, it was asked, can the sale of a substance which can be poisonous if consumed to excess ever fulfil this criterion? Would rationing or quotas have to be applied to pub patrons? Or to other aspects of licensed premises, to ensure, for example, that diners ate chips only once a week? Or had regular weigh-ins? Or that someone producing good homemade food would somehow have to count the calories of each portion? All ludicrous stuff, even though the last idea is rearing its head just now.

More fundamentally, in considering whether to refuse or suspend a licence on any of the s 4 grounds, fairness (I hesitate to use the term “natural justice”) demands that there be some good reason, a causal connection, not some airy fairy scaremongering. The health boards have been statutory consultees under s 21 since 2011. Encouraged by Alcohol Focus Scotland, many of them became very active in lodging objections both to applications for new licences and for variations. Those licensing boards that have responded to the Government’s recent request have reported difficulties they encounter. One commented that the information presented has tended to represent national health concerns. How, they complain, can it be evidenced that a supermarket wishing to display slightly more alcohol for sale actually has an impact on public health (within our area) when there is no (locally) specific information to back this up?

It must be said that the health lobby has not covered itself in glory when using its powers. In the early days one city health board objected to a variation application which would have seen a supermarket reduce its capacity. Since then we have seen many representations which were based on flawed research and which, shockingly, sought to suppress conclusions from the very report prayed in aid.

Most of the objections stem from a report for Alcohol Focus Scotland dated 2 October 2014, entitled Alcohol-related illness and death in Scottish neighbourhoods: is there a relationship with the number of alcohol outlets?, usually known as the CRESH report. This did indeed report a correlation between numbers of outlets and alcohol related harm. Its flaw was that it looked at numbers of licences, ignoring capacity.

When I did research for a client in Fife, it transpired in one area that the capacity of the largest supermarket was 28 times that of the smallest corner shop, yet CRESH treated them all identically. My research also showed that there is a much lower percentage of supermarkets in the most deprived areas, areas where the incidence of alcohol-related harm is highest. And, quite fairly, the authors of CRESH concluded: “we should caution that… while [our study] suggested significant associations between outlet availability and alcohol-related harm we cannot conclude that the relationship is causal” (my emphasis).

It is reassuring that the boards that responded to the Government are now well aware of this issue. They are demanding evidence in the form of causal connections, and are slowly coming to the conclusion that this may well be impossible. It is becoming increasingly difficult to disagree with the board which summed up: “perhaps thought should be given to removing this licensing objective entirely to bring in line four licensing objectives only as per England & Wales”. To expect licensing boards with fewer and fewer resources to wrestle with intangibles is simply unreasonable. 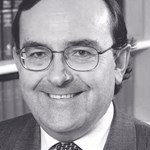