Planning briefing: the published programme for implementing the Planning (Scotland) Act 2019 prioritises the next National Planning Framework, for which the Act introduces some important changes
14th October 2019 | Alastair McKie

On 30 September the Scottish Government published its programme for implementing the Act. A priority for that programme is the next National Planning Framework (NPF 4), for which work is already underway. The Scottish Government’s plan is to publish the draft NPF4 in Q3 2020 following a period of extensive engagement. The draft will then be laid in the Scottish Parliament for a 120 day period for representations to be made, which will take until early 2021 to conclude. Due to the Scottish Parliament election it is anticipated that the final version of NPF 4 will be laid in the Parliament in Q3 2021, with approval expected in Q4 2021.

This article focuses on one of the important provisions of the Act (s 2), which is to modify the arrangements for the NPF 4. The NPF 4 will set out the long term spatial strategy for Scotland to 2050. The current NPF 3 will be replaced by the now emerging NPF 4 and this article examines the key changes in that important statement of national planning policy and its implications for future decision making.

On 10 September 2019 the Scottish Government announced that work is commencing on NPF 4, which will be a major commitment in response to the “climate emergency” in the Government’s 2019-20 programme for Scotland. NPF will bring together policies and programmes to enable sustainable and inclusive growth across Scotland.

The Act enhances the status of NPF 4 in planning decision making by making it part of the “development plan”, meaning that decisions must be made in accordance with NPF 4 unless material considerations indicate otherwise.

NPF 4 will therefore be used more frequently in planning decisions for applications. In that way NPF 4 will be further embedded in the planning system.

The Act introduces for the first time a requirement for the emerging NPF 4 (and the local development plan (LDP)) to meet a defined statutory purpose. That purpose (s 1) is to “manage the development and use of land in the long term public interest”. Contributions that are made to the achievement of sustainable development are to be considered as being in the long term public interest, as is the achievement of national outcomes (within the meaning of part 1 of the Community Empowerment (Scotland) Act 2015).

NPF4 must be reviewed no later than 23 June 2024, and thereafter every 10 years – the previous arrangement was for a review every five years. NPF 4 will require significant consultation and must be approved by resolution of the Scottish Parliament. There are a number of duties placed on local authorities to comply with requests for information needed to support NPF4.

By s 2 of the Act, NPF 4 will contain the Scottish Government’s central planning policies (“the Scottish Ministers’ policies and proposals for the development and use of land”). Because the NPF4 is part of the “development plan” it is considered that these policies will not require to be repeated in LDPs. This is intended to simplify LDPs and ensure common planning policies are applied across Scotland.

The NPF 4 will contain high level outcomes for Scotland, including addressing housing needs; improving health; assisting rural population growth; improving equality and addressing discrimination; addressing climate change targets and securing positive outcomes for biodiversity. The most radical aspect of NPF 4 is the inclusion of national house targets: targets have until now been set by local authorities. Quite how these targets will be interpreted and set for individual authorities who will have to deliver them is at this stage unclear. 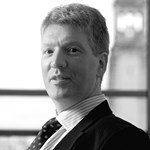