Brexit or no Brexit, Scots lawyers can continue to play their part in a European context through the European Law Institute, which has just held its annual conference
14th October 2019 | Adrian Ward

Brexit, if it happens, may mean ejection from the European Union, but the EU, even without this potential shrinkage, is geographically one of smallest of the main European entities. Scots lawyers should not feel marginalised in any other European context. Scotland and Scots lawyers remain valued in the Council of Europe, with its 47 member states, and the even larger European Law Institute (“ELI”), with its open approach that currently embraces members from a surprising 61 different global jurisdictions. Thus at the ELI annual conference in Vienna on 4-6 September 2019, my personal contacts included members from Brazil, Australia and Japan.

ELI provides the most stimulating and productive environment in which any lawyer, anywhere, could hope to participate. The 1,474 individual members (at last count) all have significant reputations in their particular fields, and collectively represent huge expertise across a wide range of subjects. The 107 institutional members include the Faculty of Advocates, the Bar Council, the Law Society of England & Wales, and the UK Supreme Court.

Scotland punches well above its weight in such contexts, with its unique position (at least in Europe) straddling the civil and common law traditions, and with its reputation for leading-edge innovation. A highlight of the recent conference was the election of Ross Anderson, advocate, to ELI’s council – its governing body – from a candidate list which exceeded the available places by seven.

The broad scope of ELI includes its special interest groups and national hubs, and above all at any one time a range of projects which have met the rigorous requirements for adoption as such. Current and prospective projects show a particular emphasis on new technology and its consequences. They include principles for a data economy, artificial intelligence and EU administration, blockchain technology and smart contracts, and model rules on online intermediary platforms.

Also highlighted at the recent conference were projects on the protection of adults in international situations, European rules of civil procedure, and tax law. Special interest groups that met included those on business and financial law, digital law, family and succession law, insurance law, fundamental rights law, global private law, and competition law. Open meetings were held by the Italian, German and Polish hubs. All of these special interest groups and hubs held meetings and/or mini-conference panels on the last day of the conference. To those of us working within the committee structure of our own Law Society of Scotland as it has developed in recent years, the structure of these various elements of ELI, with coordination and joint working where appropriate, is not unfamiliar.

I would encourage any Scots lawyers who wish to be, and to stay, fully connected with leading developments in their areas of expertise to apply to join ELI. To “buy into” a well subsidised organisation is likely to represent a good deal, and that is certainly the case with ELI. The annual subscription is €60. Sponsorship of ELI includes income from the University of Vienna, the European Commission, and the City of Vienna, as well as project specific funding.

What interested lawyers who would qualify for ELI membership should not do is to attend an annual conference without joining. This year’s conference fee was €80, waived in its entirety for members who had paid the annual subscription of €60! 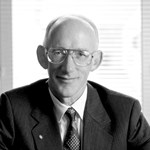