Voice of a child

I recently spoke at a conference in regard to presenting the views of a child in the context of formal proceedings. Two significant issues are the continued, and concerning, trend that there are young people who attend children’s panel hearings unrepresented, and the exclusion of legal representatives from panel hearings. This article addresses both issues.

Regarding the first issue, it is fairly established practice since the inception of the Scottish Legal Aid Board’s Children’s Duty Scheme in 2013 that a children’s duty solicitor should be available when requested. Despite that, I continue to see evidence of young people attending panel hearings (notably grounds hearings) without legal representation. In my view, apart from being improper, this is neither desirable nor in a child’s best interests. If anything, at a grounds hearing it would be potentially intimidating, upsetting and indeed confusing. As I stated at the conference, that gives rise to a real and significant risk that a young person may either deny the grounds and supporting facts without any proper basis, or alternatively may inadvertently concede or admit them due to lack of understanding.

That could be especially dangerous if offence grounds have been brought. In any case, how can a young person credibly accept, or deny, lack of parental care in terms of s 67(2)(a) of the Children’s Hearings (Scotland) Act 2011 without the benefit of legal advice or representation?

I accept that there are provisions allowing for the young person’s attendance to be excused (due to age, for example), but that does not resolve the dilemma where they exercise their right to attend. I expect any young person who attends a grounds hearing unrepresented (and such grounds are denied) to learn that the matter is being remitted to the sheriff for proof. The prospect of them potentially progressing to that stage unrepresented must be worrying.

Further, perhaps surprisingly to some, there is the power to exclude a relevant person’s legal representative from the whole or part of any hearing (2011 Act, s 77). There appear to be a number of panel members who are unaware of the provision, and the test to be applied: whether the presence of the legal representative is (a) preventing the hearing from obtaining the view of the child, or (b) is causing or is likely to cause significant distress to the child.

From my own experience, some panel members appear to consider that legal representatives must leave the hearing if the child so requests, or it is in the best interests of the child.

But notwithstanding that the panel should be mindful of the child’s best interests, it is not correct to approach matters in this way. What the panel is required to do is to undertake an honest, but above all else, objective assessment of the s 77(1) tests. Unfortunately, the Act does not make it at all clear how the panel is to consider whether the presence of the relevant person’s legal representative will “likely” cause the child to suffer significant distress. Moreover, what actually is the difference between being distressed and being significantly distressed?

Is the difference a real one? Why is distress not enough in itself?

Some guidance can be drawn from a Glasgow Sheriff Court decision, G and J v SCRA [2016] SC GLA 56. Sheriff Reid observed (at para 28) that the panel members had to adopt a “discerning” approach in deciding whether to exercise the power of exclusion in relation to legal representatives and/or relevant persons.

In essence, I assume this to mean that members are bound to show good judgment and common sense. I do not know how far this takes things, however.

In my view, it is not remotely desirable to exclude legal representatives. It really makes no sense to have a system that on one hand makes provision for them (the duty scheme), but on the other, seeks to exclude them.

I have always argued that excluding legal representatives (whatever the reasons given) can leave panel decisions prone to successful appeals.

Whilst the panel system in itself must always have the child’s best interests at the forefront, there are clearly a number of issues here that continue to require to be addressed – hopefully sooner rather than later. 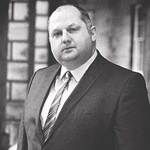