I wonder if there is anything important going on in the legal world which merits some comment? Of course, it really is not difficult to look that far.

The UK Supreme Court unanimously decided that the Government’s decision to prorogue Parliament for an unprecedented five weeks was illegal.

Members of the judiciary are expected to be strictly impartial when considering how the law should be applied in any particular case, and it is the courts’ role to provide a politically neutral way of determining a course of action. Access to justice is an important feature of our system, and anyone can bring a matter to court if they believe their rights or obligations are being affected – and even Government is not immune to challenge.

The importance of having an independent judiciary and legal profession is recognised around the world. It is a principle incorporated into numerous domestic and international treaties and enshrined in many national constitutions. In Scotland and in the UK, there is a statutory obligation on Government to uphold the independence of the judiciary.

What we as citizens can be sure of, whether we voted to leave or remain within the EU, is that no matter where the political debate takes us, the Court of Session, English High Court and Supreme Court judgments have demonstrated that the judiciary and legal profession act independently and consider cases before them in light of their legal competence, regardless of political or public opinion.

Some of the comments about the decision were controversial. It is of course everyone’s right, parliamentarian or citizen, to express disagreement or even dissatisfaction with a judicial decision. Practising in the criminal courts, those types of expressions are part of daily life and are often made using much more industrial language! A free, independent press is also an essential part of a mature democracy. However some of the language used there did not appear to calm the febrile atmosphere around the issue.

It was reassuring then that at the Opening of the Law Year in England & Wales on 1 October, the Lord Chancellor, Robert Buckland QC was clear, when he spoke to the English judiciary and the legal profession from the UK and round the world, that “Judges must be able to act without fear or favour in considering, as you rightly do, questions of law. I want to reaffirm my commitment to you, as Lord Chancellor, to defend your independence and uphold the rule of law.”

As others see it

I was privileged to be asked, as part of my presidential duties, to attend the recognition ceremony at the Scottish Prosecution College in Glasgow for our members who had completed their traineeships with the Crown Office & Procurator Fiscal Service. This occasion is a fantastic way of celebrating the tremendous achievement of those solicitors who have successfully completed their unique training placements. I would like to thank David Harvie, Crown Agent and John Logue for their kind invitation to speak. I was made most welcome by Helen McCannell and her team and was delighted to share in their special day.

During the ceremony, it was quite rightly pointed out that we operate in an adversarial system. The prosecution and defence have entirely different and conflicting objectives – prosecution in the public interest, and employing all legal means to defend the rights of an accused person. At the same time, it is essential to recognise that we both strive to ensure that we uphold the values of a fair trial and justice, the essential pillars of our criminal justice system. We always hope to discharge our respective professional duties while enjoying the confidence, respect and even admiration of those on the opposite side of the bar and the bench.

Those very qualities were exemplified by our friend and colleague John Dunn who very sadly passed away on 18 September. John had a distinguished career in COPFS where he was Deputy Crown Agent until early retirement due to ill health. John served on our Council from August 2011 to May 2017. He always found time to make a tremendous contribution to the Council and the work of the Society, where he was also a very valued member of the Criminal Law Committee and the In-house Lawyers’ Group. John will be missed but fondly remembered by us all. On behalf of the Council and Society members, our deepest sympathies are extended to all his family, friends and colleagues. 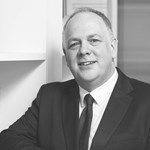 John Mulholland is President of the Law Society of Scotland –President@lawscot.org.uk Twitter: @JohnMMulholland