Comparators are part and parcel of most discrimination claims, but is the requirement to find them always helpful? The authors believe more flexible rules would achieve a better balance
11th January 2021 | Musab Hemsi, Simon Mayberry

Both authors are relatively long in the tooth when it comes to dealing with discrimination law. Both have spent years on either side of discrimination cases, grappling with the Equality Act 2010 and its predecessors, all the while unable to shake the inkling that something didn’t quite feel right.

Equality is, to our mind, a work in progress. As a legal, ethical and moral imperative, why do we invest so much time, energy and cost into so many multi-day tribunal hearings, poring over the minutiae of legal doctrine? It was not so long ago that we marked the 10-year anniversary of the Equality Act coming into force. This seems like a sensible juncture to take a step back and examine how powerful a weapon it has been in the war on prejudice.

One school of thought is that the state of contemporary, statutory discrimination law is flawed; and one of the principal flaws is the requirement for comparators.

Put simply, comparators are those who are like a discrimination claimant but for the protected characteristic being relied on in the claim. Comparators have existed in our labour laws for decades, so the Equality Act cannot be blamed alone for any defect they contain.

Appealing, but a hurdle

Both conceptually and methodologically, why do we even have comparators? Seriously, take a moment to think about it. Judges are bound to consider comparators in the vast majority of the discrimination claims that come before them (certain claims, such as discrimination on the grounds of pregnancy/maternity, do not require a comparator). Comparators appear to be the favoured heuristic for observing discrimination.

We can see the appeal. Lawmakers have created a process where tribunals are able to evaluate and adjudicate workplace claims without the need to engage too deeply in workplace dynamics. It is a rigid, prescriptive structure of law. If no comparator can be identified, the claim fails. Easy peasy.

Comparators are the longstanding barometer our judiciary must use. But the profound mismatch between the methodology of using comparators and the modern realities of work renders them increasingly unhelpful. Far too often, they place a legal hurdle for litigants in person to trip over, perhaps taking advantage of the reality that in today’s increasingly mobile, knowledge-based and differentiated economy, comparators will often not be found.

A need for balance

To go further, our experience is that such inflexibility in the evaluation and adjudication of workplace disputes no longer accords with the inquisitorial nature of the UK Employment Tribunals.

By treating comparators as an essential element of discrimination claims, tribunals have their hands tied and face having to turn a blind eye to unlawful acts of prejudice, bias and inequity.

The essential requirement of comparators unnecessarily narrows the scope of discrimination laws and disregards the central lesson from claims such as harassment: discrimination can occur without a comparator present. It forces us to apply a binary logic to disputes where, in practice, it is more often the case that discrimination is covert, multi-layered, or unconsciously being carried out by the perpetrator. The growing complexity around personal identity and the continued expansion of protected traits means we are headed towards comparisons which produce false certainties, if we have not already arrived there.

We see a need for equality law to evolve in order to balance prescriptiveness with simplicity. We do not propose doing away with comparators (actual ones or their hypothetical abstracts), but rather removing them as an essential step in proving discrimination.

Doing so would allow the growth of our equality laws and empower those who adjudicate on them to replace arbitrary barriers with logic and reason. 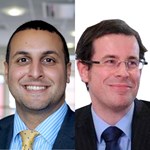 Musab Hemsi is a partner, and Simon Mayberry a senior associate, at LexLeyton