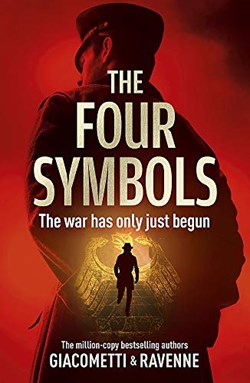 The year is 2061. The scene is the head office of a major corporation which makes moving pictures, or whatever they are called by then. Let’s call the company 22nd Century AmaFlixFox. Profits have not been good these past two years. The CEO and a lowly producer (LP) are in urgent conference.

CEO: Where are the good days when you could do a remake of old movies and they’d be a smash? I reckon doing that could dig us out of a hole.

LP: What did you have in mind, boss?

CEO: Remember the crazy 80s when you had to go to something called a cinema? I looked out the archives. The greatest hit was called Raiders of the Lost Ark, with this guy called Indiana Jones.

LP: I heard about it. Great idea. I’ve been giving this a bit of thought. We’ll start off with some nasty guys looking for this magical artefact that’ll give them special powers. Let’s use Nazis – really bad, wear a lot of black. You want some exotic location – let’s start in somewhere like Tibet. They get the goods, and the way they mistreat those monks shows how evil they are.

LP: Well, they want this stuff to help them win the war. And the Nazis know where the second magic symbol is because they murder this old guy and steal his books.

CEO: Who’s going to stop them?

LP: Why, us brave and plucky Brits. Forty years after Brexit, audiences will love seeing what we used to be like. Just add a pipe smoking hero, some glamorous archaeologists – one for each side – and an enigmatic heroic guy in the middle.

LP: Of course. And great locations, plus lots of violence from the baddies in black. And a bit of freemasonry for good measure.

CEO: Sounds good. Is that it?

LP: Hell, no. The old guy who played Indiana Jones kept going for 40 years. And here’s the really good bit. The Germans discover there are FOUR symbols. Just think how many follow-ups you could get from that.

And there you have the summary of The Four Symbols. A fine story by two established French thriller writers who pay homage to Dan Brown. It rattles along at a terrific pace with the same quality of writing as, say, Jeffrey Archer or Brown himself. Very enjoyable, but déjà vu from page 1. 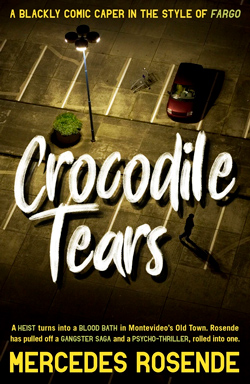 I dislike generalisations: I really do. Well, in the main, I do. And when you deal with a continent (South America) with a population of 422.5 million, according to Google, it would be a totally ridiculous activity to indulge in. Even if not all of them are writers.

Having said that, there are certain national and supra-national trends when it comes to writing, especially in the crime genre. We are all familiar with Scandic Noir, weighed down with the gloom of incredibly short winter days. Some might say that Tartan Noir is equally identifiable, the national cynicism allied to the gloom of being Scottish in the 21st century. Europe as a whole is harder to pin down, but there is generally more of an attempt to have a veneer of sophistication. But travel across the Atlantic, in this case to Uruguay, and what do you find?

My spirits always rise when a review book penned by a South American pops through my letterbox. Were I one for broad sweeping statements, which obviously I’m not, they might go along the following lines. So many of them found themselves ground down by the prosaic factual approach of their fellow continent member Carlos Castaneda, that they decided to rebel against his humdrum realism. By way of contrast they decided to inject a hint of surrealism and fantasy. Remedios the Beauty being hauled to heaven by her long red tresses? Pah! You see that stuff in the Montevideo Times most days. Let’s get imaginative.

And so Mercedes Rosende goes to work. It begins with our hero Diego. Banged up in the slammer he meets dodgy lawyer (is there any other kind?) Antinucci. The bad news is that Diego was caught bang to rights on a kidnapping charge, and his accomplice ran off with the ransom. The good news is that no weapon was found and that the victim’s wife, Ursula, denies that she was even asked for a ransom, let alone paid one. But this leaves Diego in debt to The Hobo, which is not a good place to be, especially after The Candyman is mysteriously bumped off in a cell which Diego is sharing. Which brings us quite neatly to Captain Lima and the police politics which seem to be hampering her various investigations. One of which is a complaint from Ursula about being stalked and spied on, and a tipoff from Lima’s snout, Skinflint.

After this it all becomes a little convoluted. Despite that, there isn’t a word wasted. Rosende can set a scene or describe a character in just a few short lines. Great writing and, more to the point, great fun.

One Two Three Four: The Beatles in Time 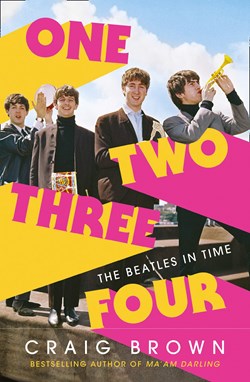 Who knows how many books have been written about The Beatles? Hundreds, certainly; thousands, perhaps. It would therefore seem to be a legitimate question to ask why there is space or demand for another one, this time from the prolific pen of Craig Brown. I have no idea, save to say that this is one of the most engaging biographies I have read in a long while.

The subtitle, The Beatles in Time, is approximately accurate, in that events are narrated more or less in chronological order. Not so much flashbacks as flashes. Some chapters (there are 150 in total) are as short as a single page. There is whimsy, there is trivia, and, in places, downright daftness. Sliding Doors moments – if Paul had passed a particular exam and been moved up a class, would he have met a young George Harrison? And what if the fortunes of two Liverpool bands of the 60s had been reversed? Craig offers us a vision of the careers of John Lennon and Paul McCartney after George Harrison’s death, touring Britain with their “Tribute to Gerry and the Pacemakers” act.

Want to know the entire cast of characters on the cover of Sergeant Pepper? You’ll find it here. Or proof of how quickly the Fab Four conquered America? Chapter 44 contains an extract from the Billboard Hot 100 chart of 4 April 1964, containing 12 Beatles tracks, including all the top five places.

I know my Beatles history reasonably well, but there is something new, I suggest, for everyone. Perhaps the best known story is how Pete Best was sacked as the band’s drummer in favour of Ringo Starr just as they secured their first recording contract. But who replaced Ringo on the band’s tour of Australia and Hong Kong for 13 days while he recovered from a tonsillectomy? The answer is Jimmie Nicol. Find out how it changed his life.

And discover enough useless information to keep your head full of mince and to provide anecdotes to annoy your friends for months to come. How much did a tooth of John’s fetch at auction? How did rumours of Paul’s death begin in 1969, and where was the evidence to be found in the songs? Oh, and if you want to know about Jeanne-Paul Marie Deckers, better known as The Singing Nun, then chapter 46 is for you. If the relevance of this escapes you, I have to say, me too.

So what? Find a chapter you don’t like, there will be another one along in about four pages. Just as I pen this, it has been announced that One Two Three Four has won the Baillie Gifford prize for non-fiction. Some of the most unreadable tomes I have struggled with over the years have been prizewinners. Not the case here. I loved it.