To mark 30 years of the law enabling solicitors to become solicitor advocates, the Journal begins a series of profiles by recalling how it happened, and how to qualify today
11th January 2021 | Fiona J Robb

On one view, 12 May 1993 could be said to be most appropriate starting point to celebrate the introduction of the first solicitor advocates. On that day the first admission ceremony took place, attended by my predecessor as director of Professional Practice, Bruce Ritchie. He had been tasked as the individual within the Society who was responsible for the scheme and for the working party on rights of audience.

The Journal account, published in June 1993, records the day as “cold, overcast and snell with an Edinburgh nor-east wind”. It was also observed as being remarkably prosaic, considering its revolutionary nature. “If you hadn’t known, you wouldn’t have known,” said a solicitor who happened to be there.

The first intrant to the court was Robert Shiels (a member of the working party), and at that first ceremony he was accompanied by seven other colleagues. They were welcomed by Lord Prosser, who commented: “Your admission to rights of audience in the High Court is a change, an innovation in the division of work, a variation in the roles. It will prove significant in its usefulness in the attainment of better justice. If it does not achieve that, it is of no significance and no use.”

This innovation followed many years of lobbying from Scottish solicitors who sought the right to plead before Scotland’s supreme courts. On one view the battle was won with the drafting of the Law Reform (Miscellaneous Provisions) (Scotland) Act 1990, which imported a new s 25A into the Solicitors (Scotland) Act 1980, authorising the Society’s Council to establish standards to allow a solicitor to have a right of audience in the supreme courts. The relevant provisions of the 1990 Act came into force in 1991, so with a generous interpretation 2021 is the year to begin a period of celebration for 30 years of the growth and development of solicitor advocates.

How have things developed? We now have 195 civil solicitor advocates and 142 criminal solicitor advocates, including five who are qualified in both areas. We have seen solicitor advocates go on to become Queen’s Counsel, sheriffs, senators, Solicitor General and Lord Advocate, and during the next year the Journal will feature profiles of a number of solicitor advocates, showcasing their achievements and demonstrating that they have, as suggested by Lord Prosser, been substantial contributors to the attainment of better justice.

How can you become a solicitor advocate?

The Society of Solicitor Advocates runs an introductory course for prospective solicitor advocates each year, usually in May. The event is intended for all solicitors (civil or criminal) who are thinking about applying for extended rights of audience but are unsure of what is involved.

Thereafter the process is run by the Law Society of Scotland, which runs the training courses and exams.

The structure of the courses differs for criminal and civil rights of audience training. Candidates must have recorded six days’ experience of sitting-in to become familiar with court procedure before completion of the course.

There is usually one exam diet per year that candidates are able to undertake. There are two exams for all candidates, one on the practice and procedure of the relevant courts and one on professional conduct.

I believe that qualifying as a solicitor advocate is a great career development and I hope that the profiles of the individuals featured over the next year will encourage more solicitors to take that next step. 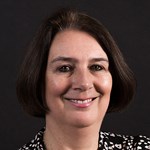