Stress: a case for the tribunal?

The judgment handed down by the Employment Appeal Tribunal (EAT) sitting in London in the case of Royal Bank of Scotland plc v AB UKEAT/0266/18/DA & UKEAT/0187/18/DA (27 February 2020) caught my attention as a former personal injury lawyer turned employment lawyer.

This was an appeal heard by Mr Justice Swift (sitting alone) against the decision at a remedies hearing, following the conclusion that the claimant, AB, had suffered discrimination on the grounds of disability. AB contended that as a result of the unlawful discrimination she had suffered a serious psychiatric injury which prevented her from working for the foreseeable future and which required round-the-clock care.

Royal Bank of Scotland (RBS) sought to appeal the Employment Tribunal’s decisions inter alia on whether (and to what extent) the psychiatric injury was caused by the discrimination.

The appeal was dismissed on all but one ground, namely that the tribunal erred in concluding that there was no requirement for an assessment of AB’s capacity to conduct litigation. The EAT held that the failure to assess had not rendered the tribunal proceedings void and did not constitute unfairness to AB amounting to an error of law.

On her way to her first day of employment as a customer services officer at an RBS NatWest branch in Croydon, in August 2008, AB was knocked down by a car. She suffered a broken leg, damage to her knee ligaments and nerve damage. She was only able to start work two months later, and then only with a leg brace, foot splint and crutches. In fact, she needed the foot splint throughout her employment and walked with a slight limp. Throughout her employment, the injuries continued to give her pain, affected her ability to work and to be at work. From November 2008, AB received disability living allowance.

RBS did not dispute that AB’s physical condition amounted to a disability for the purposes of the Equality Act 2010.

AB resigned in May 2014 after two significant periods of sick leave, first in July and August 2013 and then again from the end of December 2013 until her resignation.

In its judgment on liability, the Employment Tribunal concluded that AB had been constructively dismissed and that the dismissal was unfair. Constructive dismissal resulted from breach of the implied obligation to maintain the necessary relationship of mutual trust and confidence and the implied obligation to provide a safe working environment. In addition, the tribunal concluded that discrimination had taken place: first, by RBS failing to make reasonable adjustments relating to AB’s work station and requiring AB to work on a branch till; secondly, as a result of comments made to or about AB on five occasions; and thirdly, by reason of a failure to permit AB to transfer to another branch.

AB’s contention was that, as a result of the discrimination, she suffered from severe depression. A consultant psychiatrist engaged as an expert witness for AB, diagnosed her as suffering from a severe depressive disorder with psychosis. His stated conclusions were that AB showed “severe signs and symptoms of multiple psychiatric disorders, namely severe depression, anxiety and conversion disorders as well as psychosis”. Crucially, he held the view that both the tribunal (presumably the then extant proceedings) and discrimination were “the primary causes of the current presentation”.

RBS’s expert consultant psychiatrist unsurprisingly disagreed, both as to the cause of AB’s psychiatric injury and the extent of that injury. As a result, it was left to the tribunal, first to decide whether AB’s psychiatric condition was the consequence of the acts of discrimination that had occurred at work, or whether it had been caused by matters predating those events (in particular the accident); and secondly, to resolve the disputes of evidence as to the extent of the psychiatric injury from which AB suffered.

Effects of the discrimination

As already mentioned, one of the core issues of the case was whether – and to what extent – the discrimination had caused AB harm.

One ground on which RBS sought to appeal the tribunal’s decision was that it should have reduced the amount payable to AB to take account of “the possibility that her psychiatric condition would have occurred in any event by reason of her pre-existing vulnerability and other psycho-social stressors”.

In other words, RBS’s position was that the tribunal was wrong not to reduce AB’s compensation on account of the possibility that her psychiatric condition would have developed even without the unlawful discrimination.

Readers may recall the seminal judgment of the then Hale LJ in Hatton v Sutherland [2002] ICR 1613, setting out the 16 principles to be applied in a claim for damages in respect of psychiatric injury caused by stress in the workplace. Propositions 15 and 16 were cited as relevant in the current case, namely:

“15. Where the harm suffered has more than one cause, the employer should only pay for that proportion of the harm suffered which is attributable to his wrong doing, unless the harm is truly indivisible. It is for the defendant to raise the question of apportionment…

“16. The assessment of damages will take account of any pre-existing disorder or vulnerability and of the chance that the claimant would have succumbed to a stress-related disorder in any event.”

Applying proposition 15, the Employment Tribunal apportioned the cause of harm suffered by AB, concluding that 75% was attributable to the unlawful discrimination and 25% to the accident. Having reviewed the tribunal’s treatment of the conflicting expert evidence, the EAT considered that its assessment was one which was “reasonably available to it” and that its apportionment of harm did not, therefore, disclose any error of law. As a result, RBS’s appeal in this regard failed and the assessment that 75% of the harm was attributable to its unlawful disability discrimination was upheld.

As noted earlier, RBS did not dispute that AB’s physical condition, following the accident, amounted to a disability for the purposes of the Equality Act 2010.

The status of her mental condition was less clear, however. In his EAT judgment Mr Justice Swift stated that “either the tribunal concluded, or it was common ground, that AB suffered from a mental illness that amounted to a disability”.

Notwithstanding the foregoing, he went on to say: “the tribunal further concluded that RBS could not have reasonably been expected to know that by reason of these matters AB suffered from a disability for the purposes of the Equality Act 2010” (emphasis added).

From the above extracts, it is clear that the Employment Tribunal has drawn a distinction between, first, knowing that AB suffered from a mental illness that amounted to a disability during her employment and, secondly, appreciating that it was a disability which gained her protection under the 2010 Act.

In other words, the tribunal accepted that RBS did not know that AB had a mental illness which constituted a disability for the purposes of the 2010 Act. That the tribunal nevertheless found in her favour would be staggering but for the fact that AB already had a physical disability as a result of the accident, and one assumes that the discrimination claim succeeded as a result of what might be said to be the primary (physical) disability as opposed to the secondary (mental) disability. Put another way, it appears unlikely that AB would have succeeded in her discrimination claim without that factor, given the tribunal’s conclusion that her employer did not know and could not have reasonably been expected to know that she suffered from a mental illness that constituted a disability for the purposes of the 2010 Act.

So, which forum – court or employment tribunal?

While, on the face of it, this case supports the view that a workplace stress claim can be successful in the Employment Tribunal, its unique set of circumstances make it a difficult case on which to rely too heavily. Unusually, the claimant had a physical disability which led to a difficult working environment, resulting in workplace stress which developed into mental illness. Added to this was the need for the employer to be aware of a disability: again, had the claimant not been able to rely on its knowledge of her physical disability, it is unlikely that she would have succeeded.

When comparing what is required in the court to what is required in the Employment Tribunal, there are similarities and differences. The courts require proof of “an identifiable psychiatric or psychological illness or condition”, whereas under the Equality Act a disability is a “physical or mental impairment” and the impairment must have “a substantial and long-term adverse effect” on a person’s “ability to carry out normal day-to-day activities”.

Although very different approaches, being able to meet one of those tests will often also mean being able to meet the other: neither is, on the face of it, easier than the other. In terms of other criteria, causation is a requirement in both court and Employment Tribunal proceedings (see the comment on Sheriff below), and foreseeability, at least superficially, is similar to the question of knowledge of the employer in a disability discrimination context.

Limitations aside, given the relative lack of success of pursuers claiming workplace stress in the Scottish courts to date, the Employment Tribunal is a forum which should always be considered by those involved in workplace stress litigation. While there may be concern around whether disability discrimination can be proved, there should be no concern around what can be recovered by way of compensation.

The English case of Sheriff v Klyne Tugs (Lowestoft) Ltd [1999] IRLR 481 confirmed that an Employment Tribunal has jurisdiction to award compensation by way of damages for personal injury including both physical and psychiatric injury, caused by the statutory tort of unlawful discrimination. The Court of Appeal confirmed that the statutory language is clear that a claimant is entitled to be compensated for the loss and damage actually sustained as a result of the discrimination: the question was one of causation.

While unfair dismissal compensation is capped in the Employment Tribunal, damages arising from unlawful discrimination are not. Therefore, provided the claimant can demonstrate their loss was caused by the unlawful discrimination and can prove the loss alleged, an unlimited award, such as that made in the instant case, can be made, including a claim for injury to feelings, akin to an award for pain and suffering (solatium). As a result of her requiring 24/7 care, the damages claimed by AB were considerable, and the overall outcome of the remedies proceedings was an order that RBS pay AB £4,670,535, together with pre-judgment interest of £54,266.

“[AB] presented with her back to me. She was observed to perform a variety of movements throughout the assessment, for example, she was observed to slap herself, scratch herself, and rock to and from. She communicated broken/stuttering speech accompanied by other non-verbal vocalisations.”

The facts of this case may be remarkable in terms of the severity of the psychiatric injury suffered by AB, primarily as a result of workplace stress. As unusual as the case may be, it is a sobering reminder to us all. 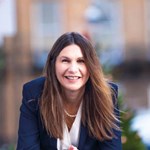