Completed and enacted at the last minute, but not the end of the story: the Trade and Cooperation Agreement in context, along with the further legislation passed as the Brexit process concluded
11th January 2021 | Lynda Towers 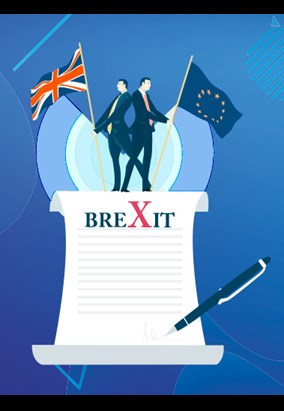 The end of an old year and the beginning of the new year is usually seen as a time for optimism and for looking forward with anticipation to new challenges in the year ahead. Moving from 2020 to 2021 has certainly met that challenge. We have vaccines approved and ready to roll out to help bring the COVID-19 virus under control. We are promised by the experts and the politicians that the world we know today will start to look more like the world we knew this time last year, if not exactly the same. That might have been the end of the story had Brexit not come into play on 31 December 2020 as well.

With the Prime Minister now enjoying a substantial majority in the House of Commons, it was always likely that the UK would reach the end of the transition period and leave the single market and the customs union. The days when a second referendum was being suggested, a closer relationship was being sought with the EU and equivalence arrangements were contemplated disappeared with the election of the Johnson Government, if not before. While negotiations have been taking place between the UK and the EU over the last year, obscured by the COVID-19 difficulties, it has long been clear that the only serious options on the table were a “no-deal” and trading on WTO terms, or a free trade agreement (FTA).

The FTA became “thinner” on areas of cooperation, on content and detail as time progressed. Thinking back over the Brexit journey, the impact of the FTA now looks like a “hard Brexit” as it was understood over the intervening years since June 2016. The UK is not part of the single market or the customs union. There is no longer seen to be a role for the EU Court of Justice. The UK has the power to enter into its own FTAs across the world. It is now an independent coastal state and sovereignty has been restored to the UK. The Government claims it has delivered what it promised.

Finally agreed on Christmas Eve, the FTA was signed off provisionally by the EU President on 30 December and considered but not ratified by the EU Parliament on the same day. The enabling legislation, the EU (Future Relationship) Bill, was introduced into and passed in a single day by the UK Parliament on 30 December. This was despite the Scottish Parliament voting against giving legislative consent to the bill. However, the size of the Prime Minister’s majority when the bill passed the Commons, by 521 votes to 73, belies the concerns, politically and commercially, as to what operating within the terms of the FTA and the expiry of the transition period will mean for the UK’s economic and business future.

The agreement, and the gaps

The FTA itself comprises 1,246 pages of “legally scrubbed” text. The headline good news is that no tariffs or quotas will be applied to goods being exported from or imported into the UK. Less good news is that there will be non-tariff barriers of an administrative nature, in the form of additional checks when goods move across UK-EU borders and greater quantities of required paperwork including customs declarations, phytosanitary certificates, product safety certificates and rules of origin documentation which will now be required to accompany goods being traded. These will mostly be new requirements resulting in additional costs to business. Delays seem likely at ports, in the short term at least, adding to costs. The UK has decided to bring its checks in incrementally at two monthly intervals until summer 2021, but the EU began its checks immediately on 1 January 2021. It remains to be seen where the financial balance comes to rest.

There appears to be a process agreed to manage fishing for the next five and a half years, which allows EU boats the right to continue to fish, albeit with the amount of catch decreasing incrementally, and UK fishermen being allowed to sell their products in the single market. This is a result which has pleased neither side’s fishing fleet, suggesting that the next set of negotiations to determine what will happen at the end of this period will need to start now.

The FTA does not deal with arrangements for Gibraltar (although an interim agreement on access by workers across the border has been reached), financial services, or recognition of professional qualifications. Certain security and enforcement arrangements are agreed in the FTA, but not to the same extent previously enjoyed. Erasmus exchanges will no longer be available to most UK students, although they will be able to access a UK scheme which has yet to be set up.

A separate agreement, again settled just before Christmas, deals with the detailed implementation of the Irish Protocol and how it is going to work in practice to ensure an open trade border on the island of Ireland. At time of writing it is being suggested that the checking infrastructure in ports is not yet in place in Northern Ireland, the IT systems are yet to be fully tested, and the EU officials themselves, who have an oversight role, may be hotdesking!

Free movement of people between the UK and the EU has now come to an end, whether as workers or visitors. The FTA covers some of the new arrangements, but it is clear there is still some negotiation required to finalise matters.

Against the background of the FTA being negotiated and undoubted relief that agreement has been reached, there remain a number of possible legal challenges and uncertainties on the horizon. The extra time afforded by the transition period means that a number of Acts have now been passed in Westminster setting the post-FTA framework within which immigration (and related social security), private international law on agreements, fisheries, agriculture, taxation and trade data will all operate. Policy development in these areas and making secondary legislation continues.

The biggest constitutional change, and possible area of legal challenge, is the United Kingdom Internal Market Act 2020. It is perhaps best remembered as the bill which purported to allow the Government to depart from international law, in this case the Northern Ireland Protocol which was part of the Withdrawal Agreement, but in a “specific and limited way”. This resulted in outcry from the legal profession and led to the resignation of the Advocate General for Scotland, but not his UK law officer colleagues. The offending clauses were removed by the House of Lords, led among others by Lord Hope of Craighead, who lodged amendments. The removal of these clauses was eventually accepted by the Government as part of the wider FTA negotiations. The amendments also provided for additional consultation requirements with the national authorities, including Scottish ministers.

The Act attempts to create a UK single market, the working of which is overseen by the Competition & Markets Authority for the whole of the UK. The aim is to ensure that there is mutual recognition of goods, which may cover regulatory requirements, non-discrimination of goods (subject to certain exceptions which are set out in sched 1 to the Act), and the provision of services and professional qualifications across the UK. This is a complex piece of legislation and there is considerable scope for disagreement as to when and where the lines of the devolved settlement have been crossed.

To add further to this complication, the Scottish Parliament passed the UK Withdrawal from the European Union (Continuity) (Scotland) Bill 2020 just before Christmas. This has two main areas of interest. First, it gives powers to Scottish ministers to keep devolved legislation in step with EU law. Secondly, it enacts the core EU environmental principles into Scots law as “guiding principles on the environment” which ministers will have a duty to have regard to in making policies on the environment. Environmental policy is a devolved function in Scotland.

The bill also sets up an oversight body, Environmental Standards Scotland. While the detail of how this will work in practice has yet to be published, it is clearly seen as the enforcement body on the environmental functions under the bill. It is not beyond the bounds of legal possibility that it will be argued that the authorities exercising the functions being exercised under the two last mentioned pieces of legislation have the potential to clash.

Time does not stand still

When the FTA was announced, Michel Barnier said that “the clock has stopped ticking”. He may have been correct so far as the deadline for negotiating an FTA between the UK and the EU was concerned. However, the hands of the clock are going to keep turning for years to come. Despite its length, the FTA still feels like a framework document with lots of matters still to be agreed. There are important matters to the UK economy, such as financial and related services, which are not covered by the FTA. Inevitably, although EU regulatory arrangements and bodies fell away on 31 December, their UK replacements may not yet be in place. Despite the best endeavours of those drafting replacement legislation, it may not be fully fit for purpose, since policies are still being developed and the negotiations have only just finished. There are bound to be lots of areas where the legislation is open to interpretation, and lawyers and clients will have to work their way through to a pragmatic outcome, ultimately with the help of the courts.

Perhaps we now have some inkling as to the meaning of that much discussed phrase “Brexit means Brexit”. Or perhaps not. In any event it can probably be safely predicted that we lawyers had better hang on to our EU law books and subscriptions to EU journals. It is not a dying expertise yet. It is probably also the case that many of our academics will face marking innumerable student essays on “What is UK Sovereignty? Discuss” for years to come. Who would envy them that joy? 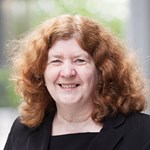