How do we measure success in law practices? Do we tolerate poor behaviour by those we regard as successful? A performance coach believes that achieving our best involves something different
11th January 2021 | Graeme Thompson

Can there be anything better than standing on top of the Olympic or Paralympic podium, having the medal you have desired for so long, put around your neck? And then the public adoration at your achievement?

It has got to be a perfect scenario, hasn’t it? That actual moment, and what follows. However, it does not guarantee or sustain you forever. For some athletes it disappears very quickly and turns into a challenging emotional and mental situation.

Achieving partner status in a legal firm could be considered an equivalent podium moment. You have worked hard for a long time to be awarded this title. Now you have enhanced status, professionally and even socially. You have arrived.

In both scenarios, has the journey prior to achieving the goal been worth it? This is a question that many ask.

In the last 20 years, Team GB at both the Olympics and Paralympics has had an incredible rise of medal success. London 2012 was a fantastic event for the host nation. It then went on to an unprecedented achievement at Rio 2016: Great Britain became the first host nation to achieve more medals at the following Olympics. Unfortunately, due to COVID we do not know yet what the 2020/21 Olympics will bring, but since Rio, troubling issues have been uncovered in numerous sports.

UK Sport oversaw the investment into all the sports and was there to monitor progress, including standards and ethics. It was overseer of this elite sporting system. Its mantra was “no compromise”. Everything was about medals. It was the only currency of success.

Recent investigations, such as into British cycling, canoeing and a present one in gymnastics, have shown some very poor behaviour by coaches. These include coaches who led athletes to gold medals, who were revered by the system and bestowed with honours. Bullying, fat shaming and even an accusation of sex for selection are all examples of this poor behaviour.

Success in law: a human cost?

Achieving fee income levels is often a sole focus of success for lawyers. “What gets measured, gets done” – no compromise in action again. So what behaviours are ignored, accepted, or even worse, promoted in law firms because they contribute to this sole focus?

Are there practices and traditions in terms of behaviours going unchallenged because “it is the way we have always done things” to be successful? Or although everyone knows certain behaviour is inappropriate, if the offender is the star fees performer and the clients like them, that somehow seems to make it OK? Same with a gold medal winning coach, who is set to deliver again with an athlete at the next Games.

So how are the leadership, or you as the leadership, in your legal firm seeking to ensure this culture is not prevalent? It is a difficult challenge, but not an impossible one. Acknowledging issues is the starting point. That can be uncomfortable and unpopular, but that’s part of effective leadership. Then start looking at the causes and effects.

I attended a recent international lawyers’ webinar, where the partner development coach at Pinsent Masons explained how that firm had reduced its profit targets because the singular focus on fees was having a detrimental effect on the mental and emotional status of the staff. She had been at the forefront of these negotiations with the firm’s leaders, evidencing to them the longer term negative impact of trying to maintain annual record breaking profit levels. There was a human cost to this.

And there is real evidence of the human cost. In the United States, in 2016 the American Bar Association, together with the Hazelden Betty Ford Foundation, in a study of attorneys (bit.ly/37ZVFHi) identified significant mental health concerns in the legal profession. Of the attorneys surveyed, 28% reported experiencing symptoms of depression, 19% reported symptoms of anxiety, 23% experienced symptoms of stress and 21% qualified as problem drinkers.

What makes us peak?

Change does not only come from the top. The millennial generation, who account for 25% of the world’s population, are different from previous ones. JP Box in his book The Millennial Lawyer: How Your Firm Can Motivate and Retain Young Associates, identifies that while Generation Xers and Boomers are comfortable finding activities outside of work to give back to good causes, charities and communities, millennials believe that work should include both making a living and making the world a better place. They want more for their work to be part of a cause or a social good. They will look at work-life blend rather than work-life balance.

This combines with the fact that the number one complaint about bad bosses is that they do not take any interest in the whole person and purely consider their work activity. When I worked with athletes, to understand what motivated and affected their performance, I needed to know about their whole life. They were a person first and an athlete second. Often the reasons for less than expected competition results lay outwith the competition and the training arena.

For those with strong professional ambition, be they lawyer or athlete, the self-pressure to compete and achieve is immense. Much of it is innate within them. These are double edged characteristics; in that they make the individual successful but they can have damaging effects. The endless pursuit of perfection and ambition is like that. The individual’s surrounding organisation and culture should be seeking to help them cope with these personnel characteristics. The concern for these types of people is that if their company or profession promotes, allows, or ignores the negative traits, those traits will only become more dangerous in their impact on the individual.

Be it the “last to leave the office” culture, or who can attend most network events of a week’s evening, these have become the races people want to run. How about taking the view that if someone can do their job in regular hours, they must be the most effective person in the office?

People need help with finding balance in their work-life blend. Balance is underrated as a status to be in, probably because it sounds like having to make compromises. It is not. It is challenging to balance the right mixture of demands on you. It requires real ability to find it. It needs real commitment to be sustained. Most importantly, it can bring long term positive outcomes for people and businesses alike. Suppose, for example, staff turnover rates, caused by some of the issues identified by the 2016 American Bar Association study, were reduced and less time and money could be spent on having to recruit.

Know yourself, manage yourself

On a personal level, when I have been working with such athletes, and recently with lawyers, support is needed to raise their awareness of their own values and beliefs. That includes identifying their fears and challenging their assumptions. This leads to a heightened understanding about themselves and their ability to know what impacts on them emotionally and mentally. The final stage is self-management, which is allowing someone to have more options on their future choices and behaviour because they understand and manage better the situations they encounter. This type of coaching is valuable for people at all stages of their career. As I said earlier, for some athletes, after winning their medal is when they need most help. Earlier interventions might have prepared them better for that moment.

It is still right to set your sights on future high targets, and they can bring elation, satisfaction, and enhanced futures. However, when setting them and whilst on that journey, make well informed decisions, through strong self-awareness of your own personal values and behaviours along the way. Remember that 80% of what people remember about us, is how we made them feel, not what status we held.

Also, critically recognise the impact on you, and all other aspects of your life, of the journey you choose. Whatever the system, or the profession, seems to provide or even impose as the way to do things, there are always choices. They remain your choices and nobody, however hard it feels at times, can take that away from you. 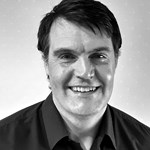 Graeme Thompson has 20 years’ experience in elite sport, having led performance programmes in rugby league, water polo and curling/wheelchair curling. He also has 20 years’ boardroom experience including chairing the world governing body of rugby league. He is now an executive coach, working across both business and sport. If you would like to discuss any issues highlighted in this article, you can contact Graeme Thompson confidentially at horizons.consulting@outlook.com.