Personal injury briefing: an English decision admitting in evidence covert recordings of medical examinations gives rise to questions of whether and how routine recording should be permitted and used
9th December 2019 | Sarah Ennis

The recent English decision of Mustard v Flower [2019] EWHC 2623 (QB), a personal injury case, has generated interest amongst practitioners of all disciplines.

Samantha Mustard suffered a brain injury following a road traffic accident. Parties disagreed as to the nature and extent of her injury.

Mustard’s solicitor advised her to record consultations with the defendant’s medical experts. His view was this would later serve as an aide memoire. Memory difficulties associated with the brain injury might otherwise result in misinterpretation and conclusions of falsification of symptoms. Indeed, the defendant’s neuropsychologist concluded Mustard was dishonest and had invented her symptoms.

Mustard was candid with some, but not all, of the experts as regards her recording of the consultations.

The defendants’ neuropsychologist agreed to the recording with the exception of the neuropsychological testing. Her concern was that public access to testing methodology would dilute the likelihood of securing accurate results in the future.

Mustard inadvertently recorded that testing and later argued that it had been conducted in such an erroneous manner as to render it of no value. Admissibility issues arose from the covert nature of the recording, the defendants inviting the court to exclude it as evidence.

An “inequality of arms” argument was advanced. Consultations with Mustard’s own experts were not recorded, meaning their evidence could not be challenged. The defendants’ experts strongly disagreed with the lack of transparency and honesty on Mustard’s part and felt their personal integrity, and the integrity of the examination process, had been sullied.

The court was faced with the question of whether to admit relevant evidence obtained improperly or unfairly.

The applied test was “whether the public policy interest in excluding evidence improperly obtained was trumped by the important (but narrower) objective of achieving justice in the particular case”. Master Davison took the view that it was. He also rejected the defenders’ argument that the recordings amounted to a breach of data protection obligations.

We occasionally see questions of relevancy of improperly obtained evidence in family or criminal cases. This decision appears to give the go-ahead to the recording of medical examinations in personal injury claims. This has significant and far reaching consequences for the conduct of litigation, particularly in those actions involving more serious injuries.

Recording distorts the dynamics of examinations and, potentially, the results. Conduct of medical examinations may now be summarily challenged in the hope of identifying some way to discredit an expert, or indeed a claimant. This gives rise to cost implications. It is also a particularly relevant concern on the advent of qualified one-way cost shifting and the expected rise of allegations of fraud.

There is also potential for unnecessary protraction of litigation. Time taken to analyse and report on recorded consultations would inevitably impact on court-imposed deadlines.

However, the recording of medical examination has its benefits. The dynamics of a consultation would inevitably be altered, but there is no evidence as to the actual effect of that. Recording may genuinely assist injured persons in resolving disputes as to what was said or done during an examination. This would be of particular benefit to cases like Mustard’s, where the issue relates to the symptomatic manifestation of a brain injury. That would cut down on court time, as contentious issues would be capable of extrajudicial resolution.

Master Davison highlighted in Mustard that the “elephant in the room” is that an unrecorded consultation could lead to undetected malpractice, which could then result in clinical consequences for the claimant.

Practitioners are already familiar with the use of surveillance in personal injury claims. Resultant footage, and any associated medical expert comment, may or may not be disclosed by a defender in the course of litigation. On one view, the recording of medical examinations is a natural extension of this.

Admissibility of covert recording falls to be determined on a case by case basis. However, Master Davison suggested agreement of a protocol concerning the recording of medical-legal consultations and subsequent admissibility. Collaboration between the Association of Personal Injury Lawyers and the Forum of Insurance Lawyers is recommended.

One option would be for routine recording to take place, but recordings being retained by the experts themselves. The recordings could be released and interpreted in the event of any disagreement. Unresolved disputes relating to more controversial content (e.g. neurological testing) could be aired outwith a public court forum.

We may see an informal practice developing before a protocol is agreed. No matter the final outcome, the overriding aim of achieving justice must be preserved. 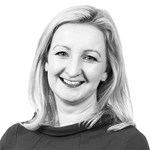