FAIs: must do better

Approaching the end of 2019, it is timely to consider how the fatal accident inquiry (FAI) system operates, and the families’ rights to representation and legal aid. Fortunately, most of us are not involved in FAIs. For family members who have lost someone and whose death needs to be investigated as part of an FAI, delays compounded by a lack of legal aid remain insurmountable problems. The public in whose interest deaths are investigated require an efficient and effective system to operate.

Delays in the system

Delays in decision making by Crown Office & Procurator Fiscal Service and in holding FAIs have been well highlighted. The August 2019 report by the Inspectorate of Prosecution in Scotland showed that 143 FAIs had been instructed but not yet concluded. Of these, 140 were mandatory FAIs – there is no discretion afforded to the Lord Advocate. More than 45 cases being investigated were over the two-year-old mark.

Absent too from that analysis is any explanation into how few FAIs are discretionary. That chimes with a petition at the Scottish Parliament requesting a statutory right to hold an FAI. When the Lord Advocate declines to hold an FAI, that decision can be judicially reviewed. Legal costs of judicial review are exceedingly high and legal aid unlikely to be granted, effectively making it unaffordable for most to seek judicial review.

Delays in FAIs can be seen with the publication of the Clutha FAI in October 2019, nearly six years after the accident. Though the Lord Advocate described it as “inconceivable” for an FAI not to be held into the 2015 M9 deaths, there is no date. The decision to hold a public inquiry into the 2015 Kirkcaldy death in custody has only recently been announced.

The palpable public disquiet resulting from delays appears to provide evidence of the growing lack of public confidence and increasing relatives’ distress with the FAI system, calling for reform.

Family members can apply for legal advice and assistance, and representation, in connection with FAIs. Such applications are subject to the usual tests applying to civil legal aid, of eligibility and probable cause. The applicant must show why they require representation and that its grant is reasonable. That includes examination of why separate representation is required, including areas of dispute and concern. Whether the FAI is discretionary or mandatory, the test’s application is the same, though Scottish Legal Aid Board has indicated a potentially more favourable approach to mandatory inquires.

The Scottish Government is considering the responses to the recent legal aid consultation, reflecting its commitment to consider legal aid and FAIs.

The Clutha FAI illustrates the kind of discrepancies that can arise in relation to the various relatives’ interests when considering the practical and financial implications for the families. Clutha was a mandatory FAI for those within employment in the helicopter. The pilot’s fiancée is understood to have funded representation herself. Some were partially granted legal aid, while others sought to make up a shortfall by means of charity funding. This lacks equality and clarity. The interests of those killed in the helicopter and in the Clutha did not necessarily accord. In a mandatory FAI, why should some self-fund while others benefit from state funding to ensure that their interests are served, given that the costs of complex, long-running FAIs are inevitably expensive?

The total funding of FAIs in each year fluctuates depending on the number of FAIs held by COPFS, legal aid being granted, and on the nature of the FAI. Discerning trends is hard as that depends on the number of completed FAIs. The average case cost varied from £11,722 in 2015-16 to £6,354 in 2018-19. In 2018-19, the total civil legal aid spend was £222,375, with civil legal aid/advice and assistance provided in 35 cases. Families on an income over £27,000 would not be granted legal aid, requiring to fund the full cost themselves.

Article 2 of the European Convention on Human Rights (the right to life) requires the state to investigate deaths. The Scottish system is discharged through COPFS. The public are entitled to be satisfied that that system is effectively discharged, permitting investigation and learning from these deaths.

The Society supports better provision of independent information for the public as to why an FAI would be held, which would improve public awareness. Removal of eligibility tests in relation to mandatory FAIs would ensure a level playing field so all can access legal advice and assistance/representation immediately and throughout the currency of the FAI.

The possibility of providing means-free legal aid in discretionary FAIs can be considered further when better information is publicly available on costs.

Legal aid would allow delays and decision making to be challenged, permit effective investigation and monitoring by the families into the deaths at the outset, and serve the public interest in providing effective representation of families’ interests at the FAIs. Public confidence in an essential process of the state would improve. 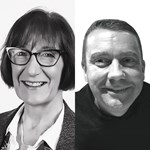