Playing roulette with outdated IT just isn’t worth the gamble

If a letter spelling out the name of a firm fell from outside the office, I’m confident it would be fixed quickly. Why? Because left unattended, it’s evidence of not caring and is a risk to a firm’s reputation. The same logic can be applied to outdated technology.

The temptation to eke out another year from a firm’s current IT system is great. Partners in planning meetings can coalesce around facts like:

The reality is that with each passing year of not modernising, a firm is putting itself at greater risk of a partial or complete system failure. In short, the cost of modernising IT is likely to be less than the cost to a firm’s reputation in the long run.

Vendors and developers will all end support for their oldest hardware and software eventually; that’s a fact of life. Withdrawal of support doesn’t mean systems will stop working overnight, just that the risks in keeping them become greater over time.

When a software provider stops issuing security updates, a firm is at greater risk of being hacked by cybercriminals. Firms that have fallen prey to such vulnerabilities may experience significant disruption to their ability to service clients, and/or financial loss.

Putting cyber attacks aside, other disadvantages to not modernising IT
systems include:

Perhaps the most serious implication of not modernising is that it shows a complete disregard for the importance of data security in the 21st century. Examples abound of well-known brands that have been bashed by the media when hacks or data breaches have been reported.

As we head into 2020, now is the time to address the issue of modernisation. Microsoft ends support for its Windows 7 operating system and Windows Server 2008 on 14 January. It’s safe to assume that those with unscrupulous or criminal motives will target businesses with these end of life systems after this date.

Successful firms harness modern technology to help create growth, rather than underinvest in the hope of keeping costs down. 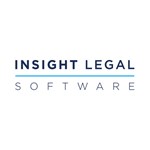