Budget and beyond in uncertain times

Tax briefing: a roundup of the measures affecting businesses, announced in the spring Budget or introduced since in response to the COVID-19 pandemic
6th April 2020 | Christine Yuill, Zita Dempsey

When Rishi Sunak was appointed Chancellor on 13 February 2020, he could have had no idea of just how busy his first six weeks in office would be. He would have expected to have delivered a Budget focusing on the Government’s response to Brexit; instead it was dominated by spending promises to help businesses and individuals cope with the effects of the COVID-19 pandemic. A raft of further measures have been announced since the Budget, with each day bringing more financial and tax news.

Measures have been introduced following the Budget to help businesses that cannot afford to pay tax bills as a result of COVID-19. Businesses are able to enter into a “time to pay” arrangement with HMRC – an instalment agreement tailored to the business’s circumstances which includes the suspension of debt collection proceedings. HMRC will also cancel penalties and interest where the business has administrative difficulties contacting or paying HMRC. In addition, the Government announced in the days following the Budget that VAT payments for businesses will be deferred for three months until 30 June 2020, though it is understood that VAT returns will still require to be prepared and filed.

The Government has also recently confirmed that a self-employment income support scheme (SEISS) will be implemented to support self-employed individuals who are also dealing with the effects of COVID-19. The new measures allow self-employed people who have lost income due to COVID-19 to claim a taxable grant worth 80% of their trading profits up to a maximum of £2,500 per month for three months. The SEISS will not however be up and running until June, and those eligible will be contacted by HMRC and asked to apply.

Unfortunately, the SEISS will not extend to self-employed contractors who operate through limited companies. Those who pay themselves a salary and dividends through their own company will be covered for their salary through the, also recently announced, employment support scheme (Coronavirus Job Retention Scheme) if they are operating PAYE schemes. However, the remaining self-employed contractors operating through companies will not be supported by either scheme.

As expected, the Chancellor confirmed that the corporation tax rate will remain at 19% for financial years 2020 and 2021 instead of being reduced to 17%. It has been estimated that this, along with the changes to entrepreneurs’ relief, will result in increased revenue of £38 billion over the next five years which, if it comes to pass, will be welcomed given the Government’s funding commitments to help combat the effects of COVID-19.

The Budget on 11 March had confirmed that the extension of the IR35 off-payroll working rules to large and medium-sized private sector business would still be implemented from 6 April 2020. However, in the days following, the Government announced that the changes for private sector businesses will now be postponed until 6 April 2021. This is again to help businesses and individuals deal with the economic impact of COVID-19. The Government has confirmed that this is a “deferral, not a cancellation”; however there is likely to be frustration from businesses who have spent significant amounts of time and resources preparing for the changes coming into force for the tax year now beginning.

The IR35 rules require that employment taxes be paid by people who provide services to a business through an intermediary, usually a personal service company (PSC), if that person would otherwise have been regarded as an employee of the business. Currently, where a private sector business engages a contractor through a PSC, liability to decide whether IR35 applies and to pay any employment taxes rests with the PSC.

It was widely expected in the weeks leading up to the Budget that entrepreneurs’ relief would be scrapped, but instead the Chancellor announced that the lifetime limit would be reduced from £10 million to £1 million in a bid to target the relief better.

Entrepreneurs’ relief reduces the capital gains tax payable by individuals on gains realised on disposals of shares in companies from 20% to 10% provided certain conditions are met, such as the individual being employed by the company or group. Therefore, even with the lifetime limit reduced to £1 million, a potential tax saving of £100,000 is still available for business owners.

The new limit applies to disposals made on or after 11 March 2020, but includes previous disposals that have already benefited from the relief. This means that some business owners will already have exhausted the relief even if their disposals were made prior to the Budget.

“Anti-forestalling” provisions have been introduced to ensure that any individuals who entered into transactions purely to ensure that the old entrepreneurs’ relief rules applied will be unsuccessful. 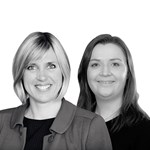