Judicial review: the rule of law at heart?

The Wightman article 50 case highlighted preserving the rule of law as a particular focus for judicial review, but how far can that be taken? This article considers two recent cases of interest
6th April 2020 | Geoffrey Mitchell QC

Is it possible to identify “trends” in litigation? That there are increases in certain types of litigation is undeniable. Consider the spate of cases a number of years ago on the right to a fair trial, and delay, in terms of article 6 of the European Convention on Human Rights. At present we seem to be witnessing an increase in judicial review.

Since 2016 the number of judicial review petitions presented to the court has increased by approximately 16%. Last year, 2019, saw a rise of about 8% over the 2018 figure. These petitions cover the areas that traditionally see applications to the supervisory jurisdiction of the court (immigration and asylum, prisoners’ rights, local authority decisions, etc). However, it is possible to identify an “inventive” approach by parties and their representatives in the decisions that are being challenged, matched by an appetite on the part of the court to engage with such applications. It is suggested that this can be traced to the 2018 decision in Wightman v Secretary of Sate for Exiting the European Union 2019 SC 111.

Readers are unlikely to have forgotten Wightman. A group of MPs, MSPs and MEPs brought a petition for judicial review, seeking a declarator that specified whether, when and how a notice to leave the EU under article 50 of the Treaty on European Union could unilaterally be revoked. The Inner House agreed to refer the case to the EU Court of Justice for a preliminary ruling on the issue.

Lord Drummond Young said that the declarator sought fell “squarely within the fundamental purpose of the supervisory jurisdiction” (para 68). That “fundamental purpose” was to ensure that all acts of government were carried out within the rule of law. He would have no hesitation in rejecting arguments based on “the detailed scope of previous descriptions of the supervisory jurisdiction, if they appear to stand in the way of the proper enforcement of the rule of law” (para 67, my emphasis).

It is clear that practitioners sat up and took note of this dictum, since it appears time and again in recent applications for judicial review. We will focus on two applications in particular. One was more successful than the other, but both show a desire to challenge decisions that are perceived to breach the “rule of law”. One of them also shows the limits of Lord Drummond Young’s dictum.

The petitioner’s son was a 32 year old man who suffered from severe learning and mobility issues. For 13 years, five days a week, he had attended an adult care centre. The centre was an important part of his life, and both he and the petitioner relied heavily on it. A business plan produced by South Ayrshire Council recommended closure of the centre. Pursuant to its obligations under the Equality Act 2010, the council was obliged to carry out an equality impact assessment prior to closure.

However, the court found, first, that in failing to carry out an impact assessment, the council had failed in its duty under the Equality Act, and had acted unlawfully. Secondly, the petitioner and his family had used the centre for many years, and had a legitimate expectation that they would be consulted on any proposal that affected the future of the centre. The failure to consult “went to the heart” of the council’s decision making process, and rendered it “fundamentally flawed” (para 42). Finally, and most importantly, the court reduced the council’s decision to close the centre. The effect was that the council required to keep the centre open. As the court said, the council had brought the situation on itself. Decisions of this type could not be “taken by stealth; they must be open and transparent and comply with the duties which Parliament has imposed upon the respondent” (para 55).

This is a remarkable case. It shows what can be achieved by a determined client, skilled legal advisers and the application of judicial review principles. The core feature of the case is that the council had acted rashly and unfairly, to the prejudice of members of the public. As the court remarked, “The fundamental principle at stake is the rule of law. An illegal decision is an affront to the rule of law” (para 52). The parallels with Wightman are obvious.

In this case the petitioners tested just how far the court was prepared to develop the supervisory jurisdiction of the court, in furtherance of “the proper enforcement of the rule of law”.

Under the Environmental Protection Act 1990 the Scottish ministers can make grants of financial assistance for innovative, low carbon infrastructure projects. Grants are made on condition that the balance of the funding is provided from other sources by the applicant (known as “match funding”). A company applied for a grant for the construction of an anaerobic fermentation process plant at Grangemouth. The ministers offered a grant for approximately £9 million, subject to various terms and conditions. In due course the applicant company claimed some of the grant money, but the ministers concluded that certain financial conditions of the grant agreement had not been met and refused to pay the grant.

Readers may not be surprised to learn that litigation followed. Judicial review proceedings were raised, not by the applicant company, but by two third parties: a company which operated a crowdfunding platform and which had helped provide some of the match funding; and a director of the applicant company who had invested money in the company. This immediately raised issues of competency, first, because other than in limited circumstances, contractual disputes are not amenable to judicial review; and secondly because the petitioners were not even parties to the contract.

The petitioners clearly had to accept that the source of the dispute was contractual, and that they were not the recipients of the grant. Nevertheless, they argued that the ministers were a public body. Under the 1990 Act they had been given a power to decide, and in so doing they had failed to comply with the law. Their decision to refuse payment of the grant was unlawful and irrational. Relying on Wightman, the petitioners argued that the formerly restrictive approach to competence was no longer appropriate. What was important was the proper enforcement of “the rule of law”. Judicial review existed to benefit those who did not have a direct legal right to enforce. Those were the circumstances in the present case.

The court found that, while there are very limited circumstances in which judicial review may be used to challenge decisions made by one party under a contract, that did not apply here. The elements of “the rule of law” that the petitioners sought to enforce were, in reality, the terms and conditions of the contract. Further, if parties to the contract could not use judicial review, then as a matter of principle it was difficult to see why an outsider to the contract should be allowed to use the procedure. To give third parties the right to challenge decisions of a contracting party as in “breach of the rule of law”, would make significant inroads into the principle of privity of contract, and could give rise to a multitude of actions (para 53).

Not surprisingly, the challenge was dismissed as not competent.

It does seem that alleged breach of the rule of law has, of late, become something of a clarion call within the context of judicial review. Of course, as Lord Drummond Young pointed out, this has always been the underlying guiding principle for the court when considering applications to the supervisory jurisdiction. Yet it seems undeniable that Wightman has brought it to the fore, and inspired parties and their representatives to challenge decisions.

It remains to be seen whether it will have the effect of extending the limits of judicial review. As Abundance Investment shows, it will not be enough merely to invoke the phrase, if what is truly being attempted is alteration of the foundation stones of judicial review. 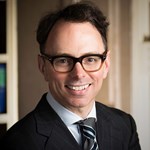 The author is grateful to the Office of the Keeper of the Rolls, Supreme Courts, Edinburgh for its assistance in the provision of certain statistical information contained within the article. The views expressed are those of the author.