Scotland’s law on provision for cohabitants is in need of reform. So states the Scottish Law Commission in a new discussion paper, but what shape should reform take?
6th April 2020 | Tom Quail

The Scottish Law Commission has issued its Discussion Paper on Cohabitation, which relates to ss 25 to 28 of the Family Law (Scotland) Act 2006. It does not include review of s 29 (intestate provisions), which forms part of the Scottish Government’s consultation on the law of succession, published last year.

The Commission highlighted a number of concerns with the legislation, the lack of awareness of the legal position of cohabitants, and the belief that common law marriage exists.

It undertook discussions with practitioners, sheriffs, academics, equality groups and other interested parties, and an advisory group it established. It also undertook research into how financial provision for cohabitants is addressed in other jurisdictions, including Australia and New Zealand, both of which have recently carried out family law reform projects for cohabiting or de facto couples.

Who should be included?

The discussion paper is set out in a number of chapters.

After the introductory chapter, chapter 2 considers the separate regimes which exist at present for separating spouses/civil partners and cohabitants, and the justifications, if any, for maintaining this separation. It poses the question whether the regime for financial provision for cohabitants should be aligned more closely to that of divorce or dissolution; or whether there is now a need or policy justification for a single regime for financial provision when adult intimate relationships come to an end, and what special provisions, if any, should be made for cohabitants within that regime.

Chapter 3 looks at the definition of a cohabitant. A range of options is considered: whether the definition should be amended from the present comparison with spouses; if so, should it be based on the nature of the relationship, such as “enduring family relationship”, or “genuine domestic basis”; whether there should be a qualifying period of cohabitation and, if so, how long should that period be; should it be a different period if the parties have children; and would the definition be improved by the introduction of a list of characteristics (more detailed than the provisions of s 25(2)), similar to features introduced in comparative jurisdictions.

Chapter 4 discusses s 26 (rights to household goods) and 27 (money derived from housekeeping allowance). The Commission’s preliminary opinion is that there is no requirement to amend s 26, but that s 27 should be updated as the language is outdated.

Chapter 5, the main substantive chapter, considers the s 28(2) criteria of (a) economic disadvantage, and (b) the economic burden of caring for children, where most of the criticism of the legislation has been levelled. The policy consideration in 2006 behind this provision was limited to providing safeguards to the financially insecure and vulnerable and to children of both cohabitants, recognising that certain children would be excluded. The Commission questions whether the policy consideration has been met, and whether that consideration has changed.

Interpretation of s 28 by the courts has been limited. The leading authorities of Gow v Grant [2013] UKSC 1 and Whigham v Owen 2013 SLT 483 are considered.

The Commission’s preliminary opinion is that the policy behind s 28, and the purpose of an award under s 28(2)(a) or (b), are unclear. The economic advantage/disadvantage test has failed to meet the policy aims of certainty, fairness and clarity; the absence of guiding principles has caused difficulties for courts and advisers; limiting the term “child” in subs (2)(b) to include only children of both cohabitants appears arbitrary, and may disproportionately affect same sex couples; and the breadth of judicial discretion afforded is widely regarded as unhelpful, it being difficult to provide advice to clients. Leaving the law as it stands does not appear to be an option.

Introducing the same regime for financial provision on cessation for cohabitants to that on divorce or dissolution, as favoured by some, would also involve providing for the same rights and obligations during the relationship. If that were supported, regimes similar to those in other jurisdictions such as Australia could be followed.

The Commission observed that the purpose of an award should be clearly identifiable, whether it be:

Any order for financial provision should be clear and based on readily understood principles such as justice and equity, having regard to a number of non-prescriptive factors.

An alternative would be to adopt an approach similar to the framework of the 1985 Act. The Commission, whilst setting out a number of questions on how the law could be changed, makes clear that at present it has no concluded view as to how the law should be changed.

The limited remedies available in s 28(2), namely payment of a capital sum, payment of an amount for the economic burden of caring for a child, and an interim order, with no provision to take account of resources, are widely regarded as inadequate. The rationale in 1992 – the date of the Commission’s report which was implemented in 2006 – for limiting the orders the court can make now seems harder to justify.

The Commission seeks views on whether the range of remedies should be extended, and if so, what orders for financial provision should be available and whether resources should be considered in making orders. In the discussions the Commission has had with interested parties thus far, there has been significant support for transfer of property orders, a level of support for pension sharing and a small amount of support for periodical payments to relieve hardship.

In chapter 6, the one year time limit in s 28(8) for bringing a claim is considered. The Commission highlights the concerning lack of public awareness of the provisions in the 2006 Act in general, and of the time limit for claims in particular. Compared to other jurisdictions, the time limit is short, and in the absence of judicial discretion to permit late claims the Scottish approach could be considered harsh. Whilst a balance is required between protection from stale claims and affording a sufficient and accessible remedy to former cohabitants, it finds a significant body of opinion that the one year limit carries a risk of injustice and potential hardship.

The Commission suggests that the options available to address this risk include extending the time limit to two years, and making provision for judicial discretion to allow late claims, with or without a maximum backstop period, whether on cause shown or a more stringent “exceptional hardship” test. Its preliminary opinion is that parties should, if they wish, be permitted to extend the time limit for claims, as in other jurisdictions, by agreement in writing, which agreement would fall at the end of the agreed period, or on notice. That approach would permit cohabitants who wish to resolve financial claims to do so without being concerned about the threat of court proceedings, or the requirement to resolve matters within a set period.

Chapter 7 considers whether there should be legislation to allow the courts to consider the terms of any agreement between the cohabitants when deciding what order for financial provision, if any, to make, and whether the courts should be permitted to set aside or vary cohabitation agreements in certain circumstances. Possible new powers could be similar to the provisions of s 10(6) (special circumstances) and s 16 (agreement not fair and reasonable) of the Family Law (Scotland) Act 1985.

The Commission’s preliminary opinion is that this may benefit a party who has entered into an agreement post-separation which is viewed as unfair or not in their interests. There are clear benefits to cohabitation agreements being permitted, to allow parties to opt out of the statutory regime, and it would be useful to provide a means by which agreements can be taken into account by the court in deciding what order, if any, to make on a s 28 application for financial provision, or subjected to review in the event of perceived unfairness or changes in circumstances, or both.

It also comments on the law of unjustified enrichment. However, taking account of the recent full bench decision in Pert v McCaffrey [2020] CSIH 5, further clarification as to whether the common law remedy of unjustified enrichment is available as an addition to and not an alternative to a claim for financial provision under s 28 of the 2006 Act, is unnecessary.

The Commission also invites comments on the impact, especially the economic impact, of extending the remedies to cohabitants, particularly in relation to property transfer orders, pension sharing orders and maintenance.

The discussion paper is a comprehensive review of the 2006 Act and sets out clearly those matters which merit consideration for review. Consultees’ views require to be submitted by 31 May 2020. These will help inform the Commission’s recommendations to be included in its final report. The Commission is aiming to submit the report, with a draft bill, to the Government and publish it in 2021.

Society has moved on significantly since 1992. It is hoped that when the report is presented, the Scottish Government will proceed to introduce a law for cohabitants which addresses financial prejudice, and enables lawyers to provide advice to permit cohabitants who have been in committed, enduring relationships, and having made significant financial and non-financial sacrifices, to receive appropriate financial provision. On a consideration of the present detailed discussion paper, it is the writer’s view that there appears to be no rationale in 2020 for providing cohabitants with lesser or more limited rights than those of married couples or civil partners. 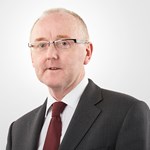 Tom Quail is a partner with Wright, Johnston & Mackenzie LLP