Bad faith: should Sky be kicking themselves?

With everything that is going on at the moment, it is easy to forget that a world existed before lockdown. However, there has been a recent development in trade mark law that should pull our attention away from the Government’s daily briefings, if only for a few minutes.

Donald Trump recently lost a battle over his branded merchandise at his Scottish golfing resorts. A company based in Luxembourg raised a challenge against the “Trump” mark in relation to classes such as clothing, footwear, furniture and alcoholic drinks. They argued that for the required continuous five-year period the mark had not been put to “genuine use”. A trade mark may be challenged and revoked after five years if it has not been put to genuine use in connection with the goods or services for which it is registered.

Trump provided evidence of sales of goods in the particular classes, but this only comprised six bottles of whisky, a single pair of socks, a shirt and a solitary bathrobe during the relevant period. The EUIPO concluded this evidence was not strong enough and cancelled some of the marks as the evidence was not sufficient to show genuine use. Trump’s actions are common within the EU. Generally, rights holders can register broad trade marks on the basis that they cannot be attacked for non-use until five years have elapsed.

Recently, however, a case involving media and telecommunications company Sky challenged this approach. Sky has, like many others, registered some broad trade marks to protect its brand. These marks were called into question after a party they were pursuing for infringement raised a counterclaim.

Sky had raised an action against SkyKick, a software company, for trade mark infringement. Lengthy court proceedings concluded in the High Court in April. In the end, it was found that SkyKick had in fact infringed some of Sky’s trade marks. Its marks were similar to, and being used on products and services covered by, Sky’s registrations. There was also an issue that consumers might be confused between the two brands and assume SkyKick was a sub-brand of the better known Sky. However, the particular issue of infringement is not what makes this case significant.

SkyKick raised a counterclaim that in some of the areas it had allegedly infringed, Sky did not actually offer goods or services despite having registered marks. As such, Sky should not be allowed to hold the marks in relation to such goods and services. It was suggested that these registrations were in bad faith. Interestingly, this counterclaim was raised within the five year period of protection. This issue was referred to the CJEU (Sky plc v SkyKick UK Ltd (C-371-18)). The question asked was: if a trade mark is registered without intention to use it, can that fact alone make the mark invalid (or partly invalid) on the basis of bad faith?

The CJEU was also asked for clarity around whether trade marks could be declared invalid on the basis that the specification lacked clarity or precision. It was suggested that Sky’s mark in relation to “computer software” was too broad and potentially imprecise.

On 29 January, the CJEU issued its decision. The main points passed down were that a lack of clarity or precise specification of terms used to describe a mark was not a ground for invalidity by itself. However, if there was a lack of intention to use a mark for a particular good or service that it had been registered for, it could be considered to be registered in bad faith. This could then be grounds to invalidate the mark.

Considering the case in light of the CJEU’s decision, the High Court found that:

As a result, the court held that some of Sky’s registrations were made in bad faith and the protection Sky held was narrowed. For example, its protection for “computer software” was narrowed to apply only to software supplied as part of Sky’s services, such as home entertainment, and “data storage” was limited to data storage in relation to audio-visual content. Nevertheless, not all of Sky’s registrations were limited and SkyKick was found to be infringing on those that remained, such as email services.

Rights holders can be relieved that the CJEU has ruled that trade marks with broad specifications, such as “computer software”, may not be vulnerable to invalidation. This case reaffirms that generally rights holders have the standard five year period to establish use unless bad faith can be established.

This case does highlight a new risk for rights holders with wide registrations. Despite its success, Sky has had its trade mark protection pared back and now may suffer reputational damage associated with acting in bad faith. The courts were already inclined to limit rights as a result of non-use, evident from the Trump case noted above. A party could now challenge a trade mark, provided it can demonstrate proper evidence, on the basis that it is too broad or there is no intention to make use of it. In these circumstances, it is now to be expected that protection could be narrowed by the court on a bad faith basis. This will be something for all prospective applicants to keep in mind when deciding on the scope of protection they require and how they wish to carry out enforcement actions. 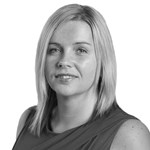