While in criminal justice most public concern arising from COVID-19 has focused on preserving and restarting jury trials, the great majority of trials are summary and this business deserves priority
15th June 2020 | Neil Hay

Many hours of debate, hundreds of column inches and thousands of tweets have been devoted to defending the traditional jury trial from precipitate Government legislation in reaction to the COVID-19 crisis. I joined others in decrying hasty proposals by the Scottish Government for judge-only trials in the High Court; a jury is surely a hallmark of civilisation and a pillar of a democratic society.

By the end of May, it appeared that most publicity and political concern about the serious backlog of criminal trials was focused on jury cases, particularly those in the High Court. But what of the humble summary trial which takes place only before a sheriff and without a jury? What has been the effect of coronavirus on summary cases, and what action will be taken to recommence summary trials?

Since lockdown at the end of March, criminal courts have simply stopped hearing all trials (except for a very small number where the accused is in prison awaiting trial). Using emergency powers granted to the Government in April, the vast majority of trials have been compulsorily adjourned until August or later.

Scottish Courts & Tribunals Service (SCTS) statistics show that the highest volume of all business (civil and criminal) in all courts is summary crime. In 2019-20, evidence was led in about 10,000 summary trials (sheriff and JP court); jury trials amounted to about 1,600. Speaking to the Scottish Parliament Justice Committee on 19 May, Eric McQueen, the CEO of SCTS, stated that the COVID-19 crisis had created a backlog of almost 1,800 trials in Scotland, with the possibility of this rising to 3,000 by early next year.

The time period from the start of a summary prosecution to the date of the trial is usually between two and four months. That period is also growing, has increased to more than six months and may well grow to almost a year. Given that 85% of all trials in Scotland are summary trials, the scale of the backlog is simply enormous. This issue is not limited to Scotland. The Criminal Bar Association of England & Wales suggests that there is a backlog of 40,000 trials in that jurisdiction.

Most members of the public experience the criminal justice system through the summary criminal courts. With a maximum sentence of 18 months available, much of that court business is serious: drug dealing; serious assaults; sexual offences; and domestic crimes. Every case awaiting trial includes an accused person under pressure, a complainer suffering stress and any number of witnesses feeling anxious about giving evidence. In domestic cases, special conditions of bail usually require the accused to live away from the family home, with the additional strain on family relationships (especially children) and the financial burden of maintaining a second home.

The COVID-19 national emergency presented an incredible challenge for SCTS, and the response was immediate and responsible. The public will expect the speed of the recovery to match that of the lockdown. However, as at 1 June, although some local courts are reopening in June, there is no sign of any clear strategy from SCTS to clear the backlog. A well-planned strategy might include increasing the number of courts to hear summary cases or leasing temporary accommodation, employing part-time sheriffs more regularly and appointing new summary sheriffs to hear trials. Such action would also have consequences for COPFS and the defence bar.

When the time is right, the resumption of summary trials quickly and safely is distinctly possible. Jury trials require the participation of more than 20 individuals (jury, court staff and lawyers) and will now be spread across two or three courts to ensure social distancing. Summary trials require only one court and usually proceed with only six people present at any one time: the accused; the defence lawyer; the prosecutor; the court officer; the sheriff; and a witness (and the sheriff clerk for key trial events). Summary courtrooms and adjoining witness waiting rooms can easily accommodate a safe (and socially distanced) trial. Furthermore, the backlog of summary trials can be cleared quickly. While each jury trial usually takes a minimum of two or three days, each summary court might hear and dispose of two or three trials every day.

It is often said that justice delayed is justice denied. That is why, when it is safe to resume criminal court trials, summary cases must be prioritised. This approach offers an effective way of delivering justice swiftly and safely for the majority of the public anxiously awaiting a verdict in criminal cases. 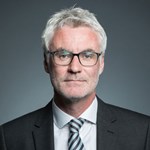