A proportionate and informed legislative response to the COVID-19 crisis – and the period beyond – has to be based on human rights principles, and that requires scrutiny and collaboration
15th June 2020 | Seonaid Stevenson-McCabe

In the midst of a global pandemic, it is natural to feel concerned by the challenges that lie ahead. As governments wrestle with the nuances of lockdown policies and strive to find long-term solutions to this crisis, many of us are experiencing these concerns on a very personal level.

Eleanor Roosevelt, when reflecting on the Universal Declaration of Human Rights, noted that human rights begin “in small places, close to home – so close and so small that they cannot be seen on any maps of the world. Yet they are the world of the individual person; the neighbourhood he lives in; the school or college he attends; the factory, farm, or office where he works”.

This has perhaps never felt more pertinent. We are in a worldwide crisis, but for many of us, we are concerned about our individual worlds: our families, our friends, our homes, our livelihoods. How do we protect these small places, close to home, during a global pandemic?

I suggest that we must begin by ensuring rights-based scrutiny of government actions. Governments must, of course, respond rapidly to the crisis. However, it is important that this swift response is based on human rights principles.

In this sense, it was positive to see the Scottish Parliament’s Equalities & Human Rights Committee launch an inquiry into the impact of COVID-19 in late April. As the inquiry was launched, the committee convener, Ruth Maguire MSP, stated: “The purpose of this inquiry is to ensure that hard-fought rights are uppermost in decision makers’ minds when responding to this crisis.” Similarly, the UK Joint Select Committee on Human Rights has launched an inquiry into the implications of the pandemic, and is accepting evidence until 22 July. Ensuring scrutiny of Government action at this time is crucial in terms of protecting our rights. Civil society organisations in particular are well placed to provide expert insight while ensuring the Government is held to account.

In response to the Scottish inquiry, Human Rights Consortium Scotland has co-ordinated the response of 30 civil society organisations and highlighted their shared concerns. It was noted in their submission that: “Various healthcare, social care and ethical guidance notes published do not contain anything explicit or detailed about the equalities and human rights issues raised by the pandemic.”

Jury trials: a case in point

The importance of engaging with key stakeholders has perhaps most clearly been demonstrated in relation to the proposals concerning jury trials in Scotland. While the Scottish Government initially proposed to allow trials on indictment to be conducted by the court sitting without a jury, this was met with serious concern from many in the legal profession. At the time, the Faculty of Advocates’ Scottish Criminal Bar Association suggested that the proposal “not only affects the rights of any accused person charged with serious offences; but equally affects the rights of every citizen in Scotland”. In its briefing for MSPs on the bill, the Law Society of Scotland made clear that it did not support the proposals and stated that the potential for a case backlog as a result of the crisis was not sufficient reason for this departure from jury trials.

In light of these concerns, the Scottish Government withdrew the relevant section of the bill and committed instead to a consultation process. Since then, a discussion paper has been published which set out options for progressing serious criminal cases during this time. Separately, a short-term working group to consider the practicalities of recommencing jury trials, led by Lady Dorrian, has been established.

This period of consultation has allowed diverse stakeholders to share their concerns. Organisations supporting victims of crime suggested that the opportunity to permit jury-less trials may have been “prematurely dismissed”. Concerns were raised by Rape Crisis Scotland, concerning the need to avoid cases collapsing and complainers being required to give evidence again. It also voiced concerns about the impact of prosecutorial delay in cases involving children. Referring to the judgment of Lord Reed in HM Advocate v P 2001 SLT 924, it recalled that “prolonged delay in bringing a case to trial may also have seriously harmful effects upon a child complainer, especially (as in the present case) in a case of alleged rape”.

The discussions which have taken place since the withdrawal of the proposals highlight the importance of stakeholder engagement and scrutiny of emergency legislation.There is no precedent for this crisis, and it is undeniably challenging. It is therefore vital that reforms are considered carefully and opposing views are explored. By engaging with stakeholders with diverse perspectives, the Government can ensure that decisions are informed and nuanced. This considered, collaborative approach is all the more important in times of crisis, ensuring that our responses remain proportionate and seek to balance the rights of all involved.

As we begin to move towards the next phase of the pandemic response, it is also important to consider how we protect human rights as part of our longer-term recovery strategy. The UN has noted that, while the virus does not discriminate, its impacts do, and that “longstanding inequalities and unequal underlying determinants of health are leaving particular individuals and groups disproportionately impacted by the virus”. When we emerge from this crisis, we have a unique opportunity to consider how we want to rebuild our society and tackle these inequalities.

To focus on one example where inequality is endemic, as a practising solicitor I worked with migrant and refugee clients. I saw how damaging the UK’s “hostile environment” approach to immigration policy was. Our immigration system separates families, locks individuals in a cycle of poverty, and marginalises the most vulnerable. I was therefore relieved, albeit surprised, in recent weeks to learn that migrant NHS workers will no longer be required to pay the immigration health surcharge, a fee of £400 per year paid by the majority of migrants to the UK. While details are yet to be confirmed, it is clear that many people felt a sense of shame that those caring for us were required to pay this fee to use the NHS.

However, there remains much to be done to reform our immigration system. As noted by the Human Rights Consortium Scotland, while “human rights apply regardless of immigration status”, individuals in the asylum system have just over £5 to live on per day. Equally, it appears the immigration health surcharge will continue to apply to migrants who do not work for the NHS. As we emerge from this crisis, we need to assess how we tackle the inequalities that were built into our society prior to the pandemic and which will undeniably have been exacerbated by the crisis.

The Scottish Human Rights Commission has also outlined the need for future budgeting and spending to take full account of human rights. In a report published in April, the Commission recognised the disproportionate impact of the pandemic on particular groups and emphasised the need to ensure that our economic recovery “tackles this inequality, rather than exacerbating it”. Recommendations include a focus on public engagement in budgeting decisions, including providing more opportunities for the public and civil society to take part in budget scrutiny.

Ultimately, human rights principles should be seen as a tool to guide us. Examining our responses through the lens of human rights ensures that no one is left behind. To protect those “small places, close to home”, we need to ensure effective scrutiny of Government actions while planning for a future which places human rights at the centre of our decision-making. 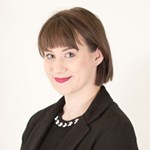 Seonaid Stevenson-McCabe is a solicitor and lecturer in law at Glasgow Caledonian University. She is the co-founder of RebLaw Scotland, a movement exploring how law can be used as a tool for social justice. These views are her own and do not represent any organisation.