PI cases: behind the headlines

Every year, the Scottish Government publishes the latest civil justice statistics for Scotland. The figures for 2018-19 were issued in April 2020. Where possible, the report provides comparative figures from 2009-10 onwards. The information set out provides a useful picture of the trends in civil litigation across the country. For the purposes of the report, the year runs from April to March.

Overall, the figures show a reduction in civil court actions raised in the various courts across Scotland over the past decade. In 2009-10, a total of 117,839 actions were initiated, whereas only 72,107 were raised in 2018-19, a reduction of 39%. The report refers to “the long-term downward trend in court business levels over the last 10 years”.

The reducing levels of civil business are reflected in most case types, but the most significant decreases were recorded for debt actions, which remain the most common type of action in the Scottish civil courts, making up 40% of all cases. Debt action numbers were down by 20% in  2018-19 when compared to the figures  for the previous year.

Against that backdrop, this article will focus on the statistics for personal injury actions and what these suggest about the trends in this type of litigation.

By way of context, personal injury actions can be raised in the Court of Session, the local sheriff courts and, following its introduction in September 2015, the All Scotland Personal Injury Court (ASPIC), which is based in Edinburgh. Like the Court of Session, ASPIC has jurisdiction to deal with actions from across Scotland.

At the same time as ASPIC opened for business, another significant change took place. Before September 2015, where the sum sued was over £5,000 an action could be raised in either the sheriff court or the Court of Session. However, that figure was increased significantly with effect from 22 September 2015, with the result that only actions for £100,000 and over can now be raised in the Court of Session. This means that much of the former business of that court is now being dealt with at sheriff court level, either in a local sheriff court or in ASPIC.

Looking at the general picture in relation to personal injury actions across the courts, while the total number of actions raised in 2009 was 9,766, the figure was 6% lower in 2019 at 9,146. This is, of course, a significantly smaller reduction than has been seen in litigation rates as a whole.

Across the sheriff courts

Although personal injury actions can still be raised in local sheriff courts, it was expected that the numbers would be affected by the option to raise in ASPIC instead. In 2009-10, the total number of personal injury actions initiated in the sheriff courts was 6,436 (under both the ordinary cause and summary cause procedures), and in 2014-15, the year before ASPIC was set up, the total was 6,195, whereas in 2018-19 that figure had dropped to 5,028.

So while there has clearly been a reduction in the number of personal injury cases raised in local sheriff courts, the reduction is perhaps not as significant as might have been expected, which seems to suggest that solicitors are still keen to raise in local courts, perhaps for reasons of convenience.

The split of business across the three courts demonstrates that the majority of personal injury actions are raised in local sheriff courts, which deal with around 54% of that business, with around 40% of actions raised in ASPIC and the remaining 6% in the Court of Session.

On that basis, the principal source of business for ASPIC seems to be actions that would previously have been raised in the Court of Session.

The report also provides a helpful breakdown by type of personal injury cases initiated and disposed of across the various courts.

There has been an increase in claims arising from road traffic accidents (RTAs), although this is not as significant as might be expected. In 2009-10, 4,635 RTA cases were initiated and in 2018-19 the number was 5,462, a rise of 18%. Although the 2018-19 figure showed a very slight drop on the level for the previous year, RTA claims continue to be the most common type of personal injury action and the figures demonstrate that around three in five personal injury cases raised related to RTAs. Of the personal injury actions raised in local sheriff courts in 2018-19, 87% were RTA cases.

There has been a drop of 15% in actions for damages arising from accidents at work since 2009-10, when the number raised was 1,844, to 1,568 in 2018-19, which was a minimal increase on the year before. Of these claims, 83% were raised in ASPIC and, overall, this category of claim represented just under a fifth of the total number of personal injury actions raised in 2018-19.

Although numbers are relatively small in comparison to other areas, there has been a significant rise in clinical negligence cases – 189 in 2009 rising to 342 in 2018-19, an increase of just over 80%. This represents a 62% reduction on the number of clinical negligence actions raised in 2017-18. However, the figures for this type of action have fluctuated over the past decade and the most recent figure is more in keeping with the general level, whereas the number of actions raised in 2017-18 (901) was very much out of step with the overall levels in the previous decade.

Several years on from the reforms already discussed, a picture is emerging of where personal injury actions are being raised, with much of this business being dealt with in local courts, and ASPIC emerging as the court of choice for accidents at work and asbestos-related cases, with over 80% of those cases being raised there. The personal injury business of the Court of Session has reduced significantly, and the latest figures show a spread of actions raised there, with around 105-120 actions in each of the main types of business (RTA; accident at work; asbestos; clinical negligence). RTA actions are very much the focus of the personal injury cases raised in local sheriff courts.

Although it is regularly suggested that Scotland is developing a “claims culture”, the figures do not support this argument and clearly demonstrate a reduction in litigation, both overall and in relation to personal injury actions. While it is certainly the case that not every claim will result in court proceedings being raised, with settlements being reached without the need for litigation, the figures confound the idea that personal injury claims are on the rise, certainly when it comes to litigated cases. 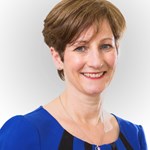