Of COVID and other matters

A statutory review of the functions of the Tenant Farming Commissioner (TFC) was released by the Scottish Government on 1 April. Stakeholders had been asked for their views on the TFC’s functions since the inception of the role in 2017.

Stakeholders were asked for feedback on the success and effectiveness of the TFC’s current functions, and to provide suggestions for other functions which they believed should be added to the TFC’s role. Largely it was felt that the role was still very new, so amending the TFC’s functions may not yet be appropriate.

There was however support for increased TFC involvement in contentious matters. Although the TFC currently has the power to refer points of law to the Land Court, this function has not been exercised. Increased involvement might lower costs for parties and alleviate some of the burden on the Land Court. There was also support for the TFC gaining greater punitive powers, rather than simply recommending a course of action.

There were no recommendations to remove any of the TFC’s current functions at present.

In light of the responses to the survey, five recommendations are made to the Scottish ministers:

On 30 March the TFC, in association with industry bodies NFUS and SLE, issued advice about the implications of the coronavirus (COVID-19) situation for on-farm meetings, with particular reference to rent review and the tenants’ amnesty.

Included in the advice was that landlords and tenants should postpone rent reviews due this spring unless these will be straightforward and can be concluded without face-to-face meetings, and that landlords and tenants should be reasonable about allowing the amnesty process to remain alive even after the amnesty period. The latter advice has now been superseded by legislative reform to the Land Reform (Scotland) Act 2016.

Draft regulations to extend the tenants’ amnesty were submitted on 13 May to the Rural Economy & Connectivity Committee, which voted for their approval. The regulations, the Land Reform (Scotland) Act 2016 (Supplementary Provisions) (Coronavirus) Regulations 2020, come into force on 12 June and extend the date by which amnesty proceedings must be initiated by six months, until 12 December.

While not strictly agricultural law, many farm businesses include an income stream from the letting of cottages. The Coronavirus (Scotland) Act 2020 put in place emergency legislation in various sectors, including protection of tenants in private residential tenancies.

All mandatory termination grounds become discretionary grounds, including the “no fault” ground to terminate a short assured tenancy on the basis it has reached its expiry date. The landlord must establish that a ground or grounds exist which justify an eviction, but even then the First-tier Tribunal may only issue an order for eviction if it is satisfied it is reasonable to do so.

The periods for notices to leave have been extended to:

The Scottish Government has put in place a loan scheme to assist landlords who are affected by loss of rent, but it is unlikely to be of assistance to any landlord who lets houses as part of a farm business.

The Energy Efficiency (Domestic Private Rented Property) (Scotland) Regulations 2020, due to come into force on 1 April 2020 to introduce a minimum band E when a house is relet, have been delayed until after the current crisis has passed. 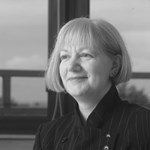