The Supreme Court provided two judgments on 1 April 2020 clarifying the law in relation to vicarious liability, WM Morrison Supermarkets v Various Claimants [2020] UKSC 12 and Barclays Bank v Various Claimants [2020] UKSC 13. Perhaps the key learning tip is to read both judgments given they, particularly the Morrisons decision, give us both (1) an entertaining history of the concept (including why having an affair with the partner of an armed police officer is not the smartest move you can make), but also (2) some clear 21st century limiters on the potential for employers to find themselves on the hook for an employee, in the language of Joel v Morison (1834) 6 C & P 501 at 503, “going on
a frolic of his own”.

An earlier briefing (Journal, December 2018, 29) covered the earlier rulings in the Morrisons case which found the employers liable for data breaches deliberately committed by a disgruntled employee. The Supreme Court has not only overturned the earlier rulings but, in doing so, has also provided guidance in relation to the second aspect of vicarious liability.

In short, the public disclosure of the data was not so closely connected with the task of transmitting the payroll data to the auditors that it could properly and fairly be regarded as made while acting in the ordinary course of employment. A personal vendetta perpetrated by an employee would not normally entail vicarious liability for the employer. Furthermore, the “close connection” test
(Dubai Aluminium Co Ltd v Salaam [2003] 2 AC 366) was not satisfied.

The case involved a group litigation against the bank in relation to numerous allegations of sexual assault perpetrated by a (now deceased) self-employed general medical practitioner who, at the house where he was operating his own business, assessed and examined prospective Barclays employees. In a unanimous decision, Lady Hale delivered the lead judgment and overturned the Court of Appeal’s decision.

The key issue was whether or not the doctor’s business was being carried on “on his own account” or whether there was a relationship “akin to employment”. If the doctor was carrying on his own independent business then it was unnecessary to consider the five tests detailed in previous case law (see Various Claimants v Catholic Child Welfare Society [2012] UKSC 56).

Here, the facts demonstrated the doctor had been in business in his own account. Consequently the bank was not vicariously liable for his assaults. The court recognised the allegations of very serious harm having been caused but, in these particular circumstances, considered the doctor not to be an employee. Amongst other factors the bank paid a fee for each report (there was no retainer arrangement), the doctor had his own insurance, could refuse to do a requested examination if he chose, and conducted examinations for a range of other clients.

As an aside, Lady Hale also gave helpful guidance in relation to the concept of “independent contractors” and s 230(3) of the Employment Rights Act 1996 (and the definition of a “worker”). In short, although the s 230(3) definition could be useful in relation to ascertaining who is a true independent contractor from an employment point of view, it is not helpful in relation to ascertaining vicarious liability because of the differing reasons behind the development of the two concepts. 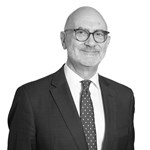