Why the Equality & Human Rights Commission intervened in an appeal against a refusal to grant permission for judicial review, where important points about the test for permission were raised
14th December 2020 | Cameron-Wong McDermott

On 16 October 2020, the Inner House of the Court of Session delivered its opinion in an appeal brought by a prisoner (“S”) against a decision of a Lord Ordinary to refuse him permission to proceed with his judicial review: S v The Scottish Ministers [2020] CSIH 64. Using its legal powers, the Commission intervened in the appeal to raise important points about the role and importance of the public sector equality duty (“PSED”, explained further below) in policy formulation by public authorities, as well as the proper approach to the article 8 ECHR rights of prisoners.

This article will briefly set out the facts of the case and the Inner House’s opinion. It will explore the underlying reasons driving the Commission’s decision to intervene in this case.

S is a prisoner serving a life sentence at HMP Shotts. Until about 2017, S used videoconferencing to facilitate contact with his elderly grandmother, who is cared for in a nursing home. S’s grandmother suffers from dementia and is frail; it was accepted that she is disabled within the meaning of the Equality Act 2010 and could not travel to visit S in prison.

The refusals were challenged on several grounds, but for present purposes it is only necessary to mention two of them. In relation to the supplementary guidance for EEDA applications, S argued that the prison authorities failed to comply with the PSED under s 149 of the 2010 Act, and also with the specific equality duties under the Equality Act 2010 (Specific Duties) (Scotland) Regulations 2012.

The specific duties, which assist public authorities to meet their general duty, require public authorities listed under the regulations to assess the impact of new or revised policies against the requirements of the PSED. This is known as an equality impact assessment (“EIA”). In developing any policy they must consider evidence relating to persons who share relevant protected characteristics: reg 5.

S also argued that his rights under article 8 ECHR had been breached (in that regard he relied in addition on article 14).

On 24 March 2020 the Lord Ordinary refused permission for the petition to proceed. On the question of the PSED, the Lord Ordinary said that the guidance published by the prison authorities on the operation of the EEDA scheme had been the subject of an EIA. He went on to say: “The petition is not an appropriate vehicle for raising what are essentially theoretical questions under [the 2010 Act]. These have no practical relevance in the circumstances of the present case”. Finally, the Lord Ordinary did not consider that the refusal decisions were sufficiently serious to engage S’s Convention rights.

Why did the Commission intervene?

The Commission was granted permission to intervene in S’s appeal against the Lord Ordinary’s decision to refuse permission for the judicial review to proceed.

Ultimately the Commission decided to intervene at the appeal stage because it was concerned by several aspects of the Lord Ordinary’s decision. These concerns are set out in the following paragraphs.

In the Commission’s view, the Lord Ordinary failed to give proper or adequate consideration to S’s argument under the PSED.

Having regard to the importance of the role of the equality duties in formulation of the supplementary guidance underpinning the scheme for EEDA, the Commission considered that it was not appropriate for the Lord Ordinary simply to dismiss the petition for judicial review because it concerned “spent and historic decisions that are no longer of any practical relevance”. There were potentially wider circumstances in which that guidance might continue to apply in future situations, for example if S (or indeed other prisoners) made applications for EEDA to visit disabled relatives.

In addition, it noted that the document relied on by the prison authorities to demonstrate that they had carried out an EIA of the supplementary guidance failed to comply with the requirements for an EIA set out in the 2012 Regulations. It appeared that the Lord Ordinary had taken the Scottish Ministers’ submission that the document was a complete EIA at face value. In the course of the appeal hearing, the ministers produced what purported to be a complete EIA, though it was noted by the court that the document did not make reference to disability.

In stark contrast to the situation in England & Wales, the Scottish courts have been asked to consider the requirements of the PSED in relatively few cases. The Commission is therefore concerned that the jurisprudence in relation to the PSED is less well developed in Scotland than it is in England & Wales, and that, as a result, practitioners are less familiar with it and may feel reluctant to develop – or to respond to – arguments based on the PSED.

The intervention also reflects the Commission’s concern about the approach taken to S’s human rights arguments. In this respect, it argued that the Lord Ordinary was wrong to say that the EEDA refusals were not themselves serious enough to engage S’s article 8 rights. Relying on Lind v Russia (2010) 50 EHRR 5, it was argued that the weight of authority favoured the proposition that a refusal of leave to visit an ailing relative did constitute an interference with a prisoner’s right to respect for family life.

Finally, the Lord Ordinary’s decision reflected a concern held by some practitioners that the test for granting permission for judicial review, introduced by the Courts Reform (Scotland) Act 2014, s 89, is being applied too rigidly by courts. In Wightman v Advocate General for Scotland [2018] CSIH 18, the Lord President clarified that the test is “certainly intended to sift out unmeritorious cases, but it is not to be interpreted as creating an insurmountable barrier which would prevent what might appear to be a weak case from being fully argued in due course”. If the test for permission is too rigidly applied, it is likely to pose a significant access to justice issue, since it will mean that fewer human rights/equality law based judicial reviews will be explored at a substantive hearing.

On 16 October, the Inner House allowed S’s appeal and granted him permission to proceed with his judicial review. The Commission’s written intervention is set out and summarised at paras 12-15 of the opinion.

In reaching its conclusion that the petition had a real prospect of success, the court found that in spite of the difficulties which S would have to overcome if his case was to succeed, it would be “going too far too fast to hold at this stage that those difficulties are insurmountable”.

The court also found that it would be too hasty to say that the petition had no practical consequences for S (or for other prisoners who might be affected by similar circumstances), since the supplementary guidance was likely to apply in respect of any future applications for EEDA.

The Inner House’s analysis of the merits of the appeal is short. Notwithstanding, the Commission is pleased that the court has affirmed the Lord President’s statement in Wightman, and applied it to S’s petition for judicial review.

The Commission is grateful that the court allowed it the opportunity to intervene in this case. Many aspects of S’s petition for judicial review turned on their facts, and it ought to be stressed that the Commission was neutral on the merits of S’s applications for EEDA. It however believed that the appeal had wider strategic importance, having regard to the Lord Ordinary’s interpretation of the test for permission, as well as the Prison Service’s application of the PSED to the scheme for EEDA. Taking into account its strategic litigation policy (see bit.ly/39ajjaW), the Commission believed it was important to exercise its statutory powers to raise awareness of these issues. As the case moves on to a substantive hearing, it believes it has achieved its objective, and accordingly its involvement in the case is now at an end. 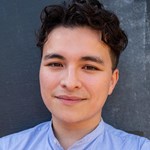