The Scottish Barony Register opened for business on 28 November 2004. It was created to fill an information black hole as regards ownership of the dignities of feudal baronies which resulted from the provisions of s 63 of the Abolition of Feudal Tenure etc (Scotland) Act 2000 which came into effect on that date, “the appointed day”.

It was decided by some parties involved in the market that the answer was to create a private register in which transfers of the right to a baronial dignity could be registered. A search in such a register would reveal any transfer of a dignity post-appointed day. After a feasibility study as to how this could work, the Scottish Barony Register was established as a company limited by guarantee in time to be in operation at the appointed day. Alistair Rennie, the then recently retired Deputy Keeper of the Registers of Scotland, was appointed Custodian.

Rationale for establishing the register

Some years ago an understanding was reached with the then Lord Lyon that, when he was dealing with a petition for arms based on ownership of a named baronial dignity, he could rely on certification from the Custodian that the barony existed and that from the evidence submitted to the Custodian the petitioner had a title to the dignity thereof.

It was obvious from the start that no absolute guarantee could be given by the register as to the validity of any claim, because there would be a number of things that the Custodian could not know. Equally obviously, there could be no compulsion to register, so why would people do so? The answer lay in setting terms and conditions as regards evidence that would make it difficult for any fraudster to comply with, and establishing a rigorous examination process to ascertain, as far as possible, that the evidence submitted is credible. As a further protection, the register will only accept applications from solicitors registered to practise in Scotland.

The Scottish Barony Register has become a recognised and trusted part of the process of selling/transferring baronial dignities. Purchasing solicitors invariably require a letter of comfort from the Custodian regarding any transactions that have been registered since the appointed day. As far as it is possible to tell, every transfer of a dignity occurring since that date has led to an application to register the acquirer’s claim of entitlement to the dignity in the register. At the time of writing, the register contains details of transfer of 170 different dignities, some of which have been transferred more than once.

The trust placed in the register by the legal profession relies to a great extent on the experience and knowledge of the Custodian. The understanding entered into with the Lord Lyon was contingent on the Lord Lyon recognising that the incumbent of the post of Custodian was a “man of skill”. That arrangement still subsists today. 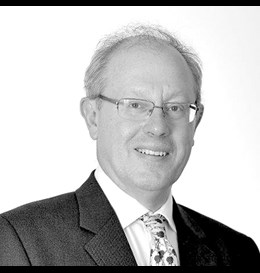 Alistair Rennie has decided it is time to pass on the baton to a new Custodian. After careful consideration by the directors of the register, the new Custodian chosen is Alastair Shepherd, currently a partner in Coulters Legal LLP, but due to retire from private practice in April 2021, after 40 years as a solicitor with Brodies WS, Henderson & Jackson WS (and their many successor firms), and latterly with Coulters. He has been involved with the sale and purchase of barony titles since qualifying in 1981; he is a Writer to the Signet and notary public.

From 1 December 2020 the new Custodian can be contacted at 1 Monkrigg Steading, Haddington EH41 4LB, or custodian@scottishbarontregister.org. A new website is being set up at www.scottishbaronyregister.org, where in due course all appropriate forms and a note of fees charged will be published.

Alastair Shepherd does not intend to make any immediate changes to the way in which the register operates.