Since late spring, the prospects for fair treatment of prisoners during the pandemic have sadly receded – it’s time to revive the positive intentions, and act on them
14th December 2020

Howard League Scotland last contributed to the Journal in May 2020. (Yes, that does feel like a lifetime ago.) At that point, we believed the picture looked promising in our prisons, but being realistic and pragmatic souls, we acknowledged we’d need to ensure that any gains weren’t squandered, that questions continued to be asked and that assurances were kept. As Scotland’s leading independent penal reform charity, it’s our job.

Late spring was an age when we were being kind to each other. Articles reminded us that people in prison were human beings, that they were as frightened of the pandemic as everyone else and should be extended the same public health protections.

Such articles didn’t even get the usual backlash. It all felt less divisive. We were all pulling together “to fight the viral enemy” and “flatten the curve”. We searched our thesauruses for metaphors, and blithely imagined a new normal of always doing the right thing, at the right time. Layers of bureaucracy and lengthy approval processes appeared to evaporate, as we all got to the heart of the matter: saving lives came first, and everything else second.

As summer advanced, however, things weren’t looking so rosy. Where were the potentially lifesaving, restricted dial, mobile phones required to maintain vital family contact? Well… they were in some prisons, but not in others. Technical difficulties abounded. Delays were understandable, it was said, given the size of the task.

But that was OK… virtual visits had been rolled out across the entire estate. Not everyone’s loved ones knew quite how it all worked or had enough data, but they were available to all, and we should look at the uptake figures later to see how many people actually participated.

Smaller scale prison inspections resumed, with prisoners and prison officers alike praised for their handling of the health crisis. Two prisons were found not to be following guidelines regarding access to fresh air… this one was rectified when HM Inspectorate for Prisons in Scotland highlighted that this sat “uncomfortably with human rights legislation”.

And who could possibly argue with an emergency release of 348 prisoners to reduce overcrowding, support single cell occupancy and slow the spread of infection – but it was not the most vulnerable prisoners, such as pregnant women or those requiring 24 hours a day social care.

In short, despite the headlines, not everything was quite as positive as it seemed. Questions remained unanswered, and not all assurances were being kept. Our work was far from done.

Fast forward to December 2020 and the country is in the second wave of the virus. An outbreak of infections at HMP Barlinnie is significantly higher, and potentially more serious, than anything we saw in the first wave. One in four of those in custody is being held on remand. Regime restrictions amount to prolonged solitary confinement for many. The court system backlog will take years to work through. The number of people on home detention curfew remains stubbornly low, and at current completion rates it will take more than five years to clear waiting lists for programmes which would support parole applications. The prison population is predicted to keep rising and is already at 94% of its pre-pandemic level. We’re almost back to where we started.

That’s why we need to progress a second emergency release without delay. The Cabinet Secretary himself said in evidence to the Justice Committee on 18 August, that for “humane and public health reasons” the prison population couldn’t be allowed to return to pre-pandemic levels.

Or perhaps it’s less structural and more personal than that. Maybe we’ve simply run out of kindness, as we slip back into asking the familiar questions around why we spent so much public money giving prisoners mobile phones. Looking back, perhaps late spring was as good as it was going to get. It was full of promise, that prisoners wouldn’t get left behind and forgotten about. It’s just as well that it’s Howard League Scotland’s job not to allow that to happen. 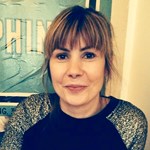