Property: Only "part of" the story

Why do more solicitors not challenge the offer of a “part of” legal report on the purchase of a new build, when it would not alert them to part of the plot having already been sold off?
14th December 2020 | William MacRae

I would like to raise what I believe to be a risk in conveyancing practice which appears to be overlooked.

When a new build is purchased from a volume builder, it is often the case that the builder will not provide a legal report, but rather insist that the purchasing agent obtain a legal report for themselves. When this occurs, the searchers as a preference offer a “part of” legal report. My firm always refuses this, as I understand that a “part of” legal report does not detail break-off writs from the subjects being searched. In other words, that limited legal report would not alert you to an instance where either a part, or all of the plot you are buying has already been sold off to someone else.

My firm’s view is that the most basic reason for the search is to check that the seller still owns the subjects at the time of the search. As a “part of” search does not show that, it cannot be an adequate search.

My firm recently acted in the purchase of a house in a 633-house development in Edinburgh. Our searchers quoted over £400 for a full search and estimated it would take around five hours to complete. As we had asked for it for the next day, they would not be able to do this either in time, or at a price that would be acceptable to ourselves or our client.

In that particular case a compromise was reached, as luckily the site had a development plan previously approved by the Keeper, to which all dispositions referred (without a separate and potentially erroneous plan being attached to each disposition). The searcher agreed to provide us with all applications pending against the site which, together with our examination on ScotLIS of all break-offs already registered, could allow us to be reasonably sure that we had adequately assured ourselves that the property had not been sold off in part or whole to another person before our registered advance notice, which was also going to show on the search. I spent just under an hour on the phone with them going over 315 previous entries to ensure those applications could be found elsewhere on the development plan.

However, the foregoing effectively hinged on a pre-agreed development plan to assure us that, for example, the next door plot did not have a plan which overlapped with our plot, and is clearly not a proper solution to the issue.

When I discussed this issue with senior individuals at our searchers, I was amazed to find that my firm was, in their words, “the only firm in Scotland that are their clients” who have this issue and who do not accept a “part of” search for new build plots. As I understand that they are a market leader in providing searches, that leads me to understand that the vast majority of Scottish conveyancers are either (a) not fully appreciating the fatal inadequacies of the “part of” legal report, or (b) know the issue and are “winging it” in the hope that the seller hasn’t sold off the plot already and has not made an error in their deed plans resulting in an overlap with a previously sold plot.

I tried to explore with our searchers the possibility of them keeping a running ongoing search on a big site such as this, and then providing a product to buying agents of a proper search over the property which was effectively an update, as they have a sizeable share of the Scottish searching market and will statistically get a good number of searches out of that product rather than having to start from scratch each time. They could then presumably take a view on that. However, off the cuff it did not appear this was attractive to them as no one else seems to be concerned.

I wrote to the Law Society of Scotland’s Conveyancing Committee, which responded: “As a generality, a ‘part of’ search in the context of a residential development [is] likely to be standard practice, however [they are] unable to provide advice on what was required in an individual circumstance and therefore it [is] always a matter of the solicitor’s professional judgment as to what they believe is necessary in each and every transaction.”

Should a builder make a mistake/commit fraud in double conveying the same plot, or more likely make a mistake in their plot plans and sell off a part of “your” plot to a previously purchasing neighbour, and you obtain a “part of” search, you will only find out when your application gets bounced. Depending on occupation of the subjects, this will either be hard to sort out, or in the worst cases impossible. No doubt the lender and purchaser will then turn back to the conveyancer for recompense.

Given the ever-growing pressure we are under as conveyancers, I am strongly of the view that we should seek to restrict the potential for claims on us. There seem to me to be two obvious ways of sorting this with little issue:

(1) it becomes a universal norm that the solicitor acting for a builder in a volume development undertakes in their standard missive to supply a continuation of a full legal report, no doubt also passing the cost to the purchaser; or

(2) conveyancers lobby their search providers to run a main search for such sites themselves, and sell at a reasonable price an update when requested.

Why should conveyancers have to choose either to pay an extraordinary amount, or to risk a potentially large claim, to cover arguably the most basic point in the conveyancing process – ensuring the seller owns what they are seeking to sell? 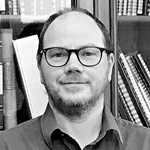