New FIFA regulations on the employment of coaches, and minimum contract standards for female players, should encourage the adoption of similar regimes domestically and in other sports
14th December 2020 | Bruce Caldow

As with many sectors and industries, the employment of sports people and people working in sport can have many nuances and differences born of the practices, approaches and attitudes prevalent and that have been established over time. High performance athletes supported to meet their ambitions through UK Sport-administered grant funding are neither employees nor workers (see, e.g. Varnish v British Cycling UKEAT/0022/20), while both touring and club-attached professional golfers are typically self-employed, in business in their own right.

In team sports such as rugby and football, whilst the contract of employment, typically negotiated for a fixed term and with the involvement of an agent and solicitor on either side of the bargain, is sacrosanct and all important, a series of international and domestic regulatory rules and considerations add to the usual mix of commercial and taxation considerations.

Before the seminal case of Bosman, player registration rules in football were all-important, dealing not with the contract, but the registration of the player. The FIFA Regulations on the Status and Transfer of Players (RSTP) have long overlaid the relationship between player and club, providing a system of regulation that offers greater protection to club and player alike, particularly when cross-border or international movement occurs. With the ability to regulate and resolve disputes such as Andrew Webster’s acrimonious departure from Hearts for Wigan, FIFA and sport-specific rules have provided stability in a world in which instability of employment and player movement are the norm.

Now, recognising that football coaches are important in the football community and play a vital role in the development of the game, FIFA has determined that the hitherto less regulated status and employment relationship of coaches should be addressed, in a revised RSTP, bringing a “minimum labour framework” for coaches. This, FIFA intends, will provide a “higher degree of legal certainty” in the coach’s employment relationship with a club or association, and allow “the relevant FIFA bodies to decide employment-related disputes involving coaches”.

The new rules will define a “coach” as someone performing duties related to the training and selection of football players, in addition to tactical aspects. Although only applicable to employment relationships of “an international dimension” between coaches and professional clubs or associations (meaning differing national status of the parties) as with the body of the RSTP and the rules on players, associations may look to cascade principles to domestic coaching relationships.

The rules will provide clarity on the form of employment contracts (listing essential elements that must be provided for); provisions for contractual stability (mirroring those in place for players, rules will govern respecting the contract, stopping tapping up and providing consequences for unilateral termination); address “overdue payables” due to coaches and ensure remuneration is paid promptly (a key tool to reinforce contractual stability between players and clubs); and for FIFA’s decision-making bodies to have jurisdiction over disputes including enforcement mechanisms.

FIFA’s council is expected to formally approve and adopt these reforms at its December 2020 meeting. Clubs, coaches and their advisers will need to keep pace with these developments, in addition to likely changes to the immigration regime underpinning movement of coaches across different countries.

At the same time, FIFA is also to adopt global minimum standards for female players, particularly regarding maternity and associated protections. FIFA is seeking to introduce an appropriate regulatory framework suitable to the needs of the women’s game, adopting various key measures. These will include mandatory maternity leave (of at least 14 weeks, payable at a minimum of two thirds of the player’s contracted salary); reintegration of players on return and with “adequate medical and physical support”; and with the requirement that no female player should ever suffer a disadvantage as a result of becoming pregnant.

It is hoped that these measures, which will supplement and strengthen existing domestic equality laws, will secure greater employment protection for women in football, at a time when the game is experiencing unprecedented growth and exposure internationally and in Scotland. Being part of a sport-specific regulatory regime, sport-specific dispute resolution and sanctions should also help to enforce and police the enforcement of these rules, avenues of enforcement often being difficult and challenging when using domestic laws alone.

It was not long ago that the tennis star Serena Williams expressed her concern for female sports people being hindered by the commercial view taken by sponsors and stakeholders of pregnancy and maternity leave. Measures such as FIFA’s new sport-specific regulations should prompt more sports bodies and stakeholders to consider what existing imbalances are faced and what can be done to address these, in their individual sports. 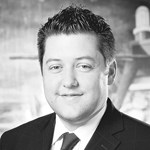