The Hague Convention: a 40-year evolution

How The Hague Convention on Child Abduction has evolved with our understanding of children’s maturity, and with the concepts of habitual residence and consent, since it was ratified 40 years ago
14th December 2020 | Lisa Reilly

On 25 October 1980, the Hague Convention on the Civil Aspects of International Child Abduction was ratified, giving effect to a multinational commitment to securing the return of abducted children across international borders.

In the ensuing 40 years, the Convention has ensured the return of thousands of children to their home states which, as far as measures of success go, is pretty remarkable. It was a precursor to the 1989 United Nations Convention on the Rights of the Child, article 11 of which provides that parties must combat the illicit transfer and non-return of children overseas by promoting bilateral or multilateral agreements. There are currently 101 signatories to the 1980 Convention, making it one of the most widely endorsed international instruments.

Over time, the way in which the Convention is applied has evolved, echoing a growing recognition of the importance of children having their voice in cases affecting them. Other interesting developments include how habitual residence is determined (the gateway test for the engagement of the Convention), and whether there may be some scope for refinement of the defence of consent.

Voice of the child

During the drafting stages of the Convention, proposals to include a defence on the basis that a child might object to being returned to the country of their habitual residence were met by mixed views. After some debate, article 13 was included. It provides that: “The judicial or administrative authority may also refuse to order the return of the child if it finds that the child objects to being returned and has attained an age and degree of maturity at which it is appropriate to take account of its views.”

But in the early days of the application of the Convention, the courts took a cautious approach when considering the views of younger children – perhaps unsurprising given that, in the 1980s, children’s voices in cases that affected them were little more than a whisper.

The Convention itself stipulates no age of presumed maturity for a child to express a view, but in the now fairly historic case of Re R (Abduction: Hague and European Conventions) [1997] 1 FLR 663 it was observed that 10½ was “an age which one would normally consider as being on the borderline” in this respect. Global statistics available then show that only 5% of objecting children were under the age of eight.

Attitudes on whether to consider the views of younger children have changed a great deal in the last 40 years. As our understanding of the psychological impact of decisions on the welfare of children has evolved, so too has our insight into the ability of very young children to express views about the arrangements made for their care. Until recently, only children aged 12 or over were presumed old enough to express a view in cases affecting them. But that presumption was removed by the Children (Scotland) Act 2020, and the court rules now make it explicit that taking the views of a child will only be dispensed with if that child is under five and on cause being shown.

The importance of a relatively young child’s views in such cases was highlighted recently in W v A and X [2020] CSIH 55, in which the court placed considerable weight on a 10-year-old girl’s objection to returning to Poland, resulting in a return order being refused following an appeal to the Inner House. The child had been removed from Poland by her mother a few days after a local court refused her application for relocation, and the child’s father petitioned the Court of Session for her return to Poland. The child made clear during an interview with a child welfare reporter that she did not wish to go back to her home country.

Despite this, the court at first instance ordered her return, so the mother appealed. The Inner House observed that the court had not met the expectation that it should “engage with the stated reasons for the child’s concerns, with due weight afforded to them”. Although the Inner House acknowledged that the nature of a child’s objections, or the manner in which they are expressed, could mean that the court should attach little weight to them in the overall balancing exercise, the child’s objections in this instance were found to have been authentic and independent. The decision at first instance was overturned and the return order refused, allowing the child to remain in Scotland – in accordance with her wishes.

Recognised as the gateway test for application of the Convention, the “left-behind” parent must establish that the child who has been abducted or unlawfully retained was habitually resident in the state he or she left when the wrongful removal or retention took place.

In the early stages of the Convention the courts took a legalistic approach to the determination of a child’s habitual residence, and courts in England & Wales applied a test derived from taxation statutes (R v Barnet London Borough Council, ex p Shah [1983] 2 AC 309).

A significant shift in this approach came in 2013 with a series of UK Supreme Court decisions being handed down. The most significant among those decisions was A v A (Children) (Habitual Residence) [2013] UKSC 60, in which the court took the opportunity to clarify that habitual residence is a matter of fact and not a legal concept like domicile. The court adopted the Court of Justice of the European Union test that habitual residence is in “the place which reflects some degree of integration by the child in a social and family environment”, and so focused on the child’s actual situation.

This approach was taken further by the Supreme Court in AR v RN [2015] UKSC 35, where it was stated beyond doubt that habitual residence is a matter of fact and it is the “stability” of the child’s residence, rather than any degree of permanence, which matters. A child’s habitual residence may shift if the child becomes integrated in a new environment, and that can occur very quickly even in the absence of shared parental intention that it should do so.

In fact, parental intention is just one of many factors to be considered. So a child might move to Scotland with one parent from another Hague Convention state for what the other parent in that state imagines is for an agreed period of time. The parent in Scotland refuses to return the child at the end of the agreed period, which is an unlawful retention. But by then the child has become integrated in Scotland and their habitual residence has shifted. This may be an unintended consequence of the welcome shift from a legalistic to a facts-based analysis of the meaning of habitual residence.

The defence of consent

The issue of whether the left-behind parent has consented to their child moving to, or staying in, another state – and whether they have in fact given their express permission for such a move – is a complex one and often gives rise to contested cases.

Article 13(a) of the Convention provides an exception to the obligation to return an unlawfully retained or abducted child, if the person opposing the return establishes that “the person... or other body having care of the person of the child... had consented to or subsequently acquiesced in the removal or retention”.

Re P-J (Abduction: Habitual Residence: Consent) [2009] 2 FLR 1051 established that such consent must be “clear and unequivocal”, and while consent can be given for removal at an unspecified time in the future, that consent must still apply at the time of the child’s actual removal.

But what amounts to clear and unequivocal consent seems to be highly subjective. This issue was considered by the Inner House in YS v BS [2019] CSIH 50. In this case, the parties lived as a family in Italy until January 2019, when the mother fled to Scotland with the children under cover of darkness. The removal was covert and clandestine, but the mother relied on article 13(a) as her defence, namely that the father had consented to the removal. The dichotomy between the clandestine nature of the removal and the existence of consent was explored by the court in the context of a written note, apparently consenting to the children’s removal to Scotland. According to the father, it had been fraudulently created, but in any event was written many months before the removal, after which the parties had reconciled.

Although reliance on the defence of consent might have suggested that there was no need for the mother to remove her children in a clandestine manner, the Lord Ordinary held that the consent was operative at the point of removal. The Inner House upheld the decision, but did not review a much older case involving the defence, Zenel v Haddow 1993 SC 612, a decision which has been criticised because it found consent established, even though the parties involved had completely forgotten about the “agreement” which gave rise to the defence in the first place.

Over the past 40 years, decisions made under the Hague Convention have evolved so that the voices of children play a more significant part in the decisions that affect them, and in the facts-based, pragmatic approach that has emerged to the analysis of habitual residence which lies at the heart of these decisions. The Convention is a dynamic and living instrument shaped by the cases litigated under it. Will we see further evolution of this instrument and how it is applied? That is inevitable around the consent defence and the way in which it interacts with the changing, and unique, circumstances of families who live their lives across international boundaries. 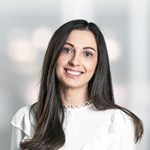 Lisa Reilly is a senior solicitor with Brodies LLP