An overview of Dame Elish Angiolini’s report into the handling of complaints against the police, which calls for significant culture change
8th March 2021 | Gillian Mawdsley 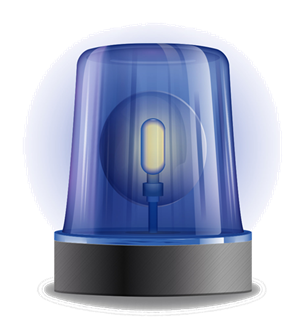 In November 2020, the final report of Dame Elish Angiolini’s Independent Review of Complaints Handling, Investigations and Misconduct Issues in Relation to Policing was published. It reviews the effectiveness of the police complaints system put in place for Police Scotland in 2013, how well complaints are investigated, and the associated processes.

The scope of her highly accessible and comprehensive report can be seen in chapter 31, where Dame Elish outlines 81 wide-ranging recommendations, aimed at wholescale improvement to the system. These include new powers for the Police Investigations and Review Commissioner (pirc.scot).

Her report recognises the need to streamline and clarify the complaints process, identify roles and responsibility for investigating complaints, and improve the investigation of deaths in police custody. The current system is obscure, difficult to navigate, complex and not user friendly. Too much reliance has been placed on remote process, responding by email or letter and not ensuring vital person to person interaction.

The police complaints system in Scotland must be effective, fair, timely, transparent, and accessible to all. It must provide accountability from the police to the public. The public, which means all of us, must have confidence in Police Scotland so that, in turn, it commands trust and respect for its officers, staff and service responsibilities.

Matters go wrong in every organisation. Having a recognised system in which complaints can be raised and handled is essential to ensure that an explanation, apology, or redress is given where required; and as importantly, that the system itself improves, in the reflective cycle of reviewing its processes, learning from mistakes, and embedding that learning within its training.

Police Scotland has been subject to much criticism in some high profile cases that provide some context to the report. These include Ruddy v Chief Constable of Strathclyde and the Lord Advocate, a case involving damages over an allegation of police assault, that ended up at the Supreme Court: [2012] UKSC 57. Too much reliance was placed on procedural matters and not on the guiding principle of pursuit of justice in investigation of police complaints.

The continuing public inquiry into the death in custody of Sheku Bayoh also shows the need for speedy and independent investigations and the provision of family support. Paragraph 25.15 of the report identifies the need for free, independent legal advice for the affected family from the point of death where such tragic events arise.

The report and the review of the complaints process are welcomed.

A system that is fit for purpose from the reporting of the initial complaint, clarity about the next steps, and short set timescales to resolution will help avoid any subsequent allegations of lack of scrutiny or due diligence.

Staff who are handling complaints must be trained, non-operational and function separately through a frontline professional standards department. Neutrality and objectivity of the process must be observed. Investigations must be robust, to satisfy police and complainer. Paragraph 28.14 of the report highlights a “focus on effective triage in the early stages”.

Concerns to be addressed highlight continuing issues of accessibility, impacting on those who are the most vulnerable in society. These include people with “protected characteristics” and/or whose native language may not be English. Effective communication is about knowing how and where to complain. How is that information to be easily accessed?

There is a role for us, the legal profession. The report recognises a legitimate requirement to secure access to a legal representative. Avoiding a two-tiered system is important. The complainer must be able to complain, and the question of affordability of their representation must not arise.

Access to justice in this context means effective signposting and provision of independent advice and information to support these important reforms.

Towards a better culture

Paragraph 1.14 of the report sets out our expectation that police officers in the 21st century are “equipped with the skills to reduce, so far as possible, the threat of harm and danger to themselves and others arising from the perceived potential for violence and from other breaches of their human rights. Emotional intelligence, intellectual acuity, integrity and empathy should be in play, along with physical competence”.

That highlights that development of experiential learning is required, contributed from the communities in which the police serve. Understanding about different communities and cultures will help encourage bilateral understanding and a culture of much needed openness, allowing all involved to explain their side of events.

For Police Scotland, transparency of process means equality and fairness on both sides. For the police involved in the complaints process and for the complainer, the system must be subject to the same sift mechanisms and assessment or that necessary consistency cannot be achieved.

The report is lengthy, recognising the scale of the task ahead. It represents an initial stage in a journey of much needed reform, requiring both legislative and other reforms but primarily about culture and understanding. Establishing an action tracker to progress developments on police reform seems a good idea to underpin and monitor that willingness to change.