The last 12 months have been hugely challenging for every sector of society. However, while we all wish COVID to be a distant memory, we are hugely varied in the ways it has affected our lives.

It soon became clear that this virus was less of a health concern for younger people, but that the lockdowns would have a huge effect on them now and in the future. Successive exams have been cancelled, months of school have been missed, proms cancelled, part-time jobs unavailable. Almost everything I would have taken for granted as part of being a teenager was changed or cancelled.

However, as organisations and businesses adapted, many cancellations changed to virtual alternatives. What could we salvage?

Our team at the Society was keen to continue as much of our schools outreach programme as possible, but we had to completely rethink how to deliver it.

With school leavers still making UCAS and job applications, we wanted to provide pupils with opportunities to stand out from the crowd and evidence their interest in law. We adapted our offering and learned along the way.

Over the last 20 years, we have held the Donald Dewar Memorial Debating Tournament for school pupils. Heats take place across Scotland and the grand final in the Scottish Parliament chamber in June.

The pandemic took hold when we were about to stage our semi-finals, but after a period of researching technologies and videoconferencing options, we agreed with schools that the debates could take place virtually. The judges watched online, then decided which teams went through to the final.

For that final, the Deputy Presiding Officer recorded a message that all competing teams could tune in to watch. It was brilliant to see the debaters complete the tournament and, of course, the winners have the trophy and status of being Scotland champions during a year they won’t forget.

This year, the entire tournament will be delivered virtually. Going forward, the technology means we can hopefully encourage even more schools to enter, regardless of geography or poor weather. That said, we can’t wait to get back to real-life debates and having our final in the Parliament chamber again.

Our award-winning Street Law programme, sponsored by Pinsent Masons, is one of our flagship outreach initiatives. Focusing primarily on low progression schools, we train law students to “teach” law to high school pupils over a term. The interactive lessons can include crime, mock trials, employment law, contract law, and social media abuse: topics of interest and relevance to young people.

Lessons have always taken place in schools, and training in the Society’s offices. We felt, though, that this was too important to cancel, so again we migrated to a virtual programme.

We are indebted to the Street Law trainers, who were adaptable and flexible, and had to rethink how to deliver the interactive programme. We are delighted to say we were one of the first countries to do so, and shared our experiences with other participating programmes around the globe at a recent conference.

As with the debating tournament, we are really keen to get back into classrooms, but operating this way has enabled us to extend our reach, particularly to schools in the Highlands & Islands, where there are no law students to teach the programme. It looks likely that we can adopt a hybrid of real life and virtual lessons in future, which is a great outcome.

At the start of 2020, we decided to run another summer school for pupils interested in studying law. Aimed particularly at pupils from low progression schools, it would provide a blend of networking and learning opportunities. We had to change the date, and the delivery method, but the online programme kicked off in July.

We couldn’t believe the enthusiasm from pupils – and the number signing up. We offered a place to everyone who applied to the Lawscot Foundation for funding, and worked closely with universities’ widening participation teams to target pupils from less advantaged backgrounds.

In the end, more than 70 registered (typically, 20 or so who live locally enough attend the summer school at the Society’s offices). We secured fantastic speakers to deliver a programme focusing on civil and criminal law, with interactive sessions, virtual tours of the Faculty library and the Parliament, and guidance on applying to university. The pupils were engaged, interested and asked questions throughout, through the magic of the chat function.

We intend to run the summer school virtually in future. It hugely boosted the numbers who could attend, and every pupil asked questions and had them answered.

I am personally delighted we have managed to keep these programmes going over the last 12 months. It’s important that we did. Many pupils rely on these experiences for future UCAS and job applications. With many other opportunities and experiences being cancelled this year, it’s important that those who can offer opportunities to young people do so. It’s also been great to see so many firms and organisations offering virtual placements and internships – they really do make a difference.

Peebles High School Debate has always enjoyed the opportunity to compete in the Donald Dewar debating competition and we are very grateful to the Law Society of Scotland for going the extra mile to enable the competition to continue in these difficult circumstances.

The use of the online videoconferencing platform BlueJeans to host debates has been a brilliant way to keep the competition going and has really tested the debaters in finding new ways to engage their audience. It has changed the way they present, but also the way they prepare and participate too, and I’m very proud of the way that they have risen to this challenge.

We are very happy to have two of our teams competing in the semi-finals for the first time this year. Thomas Dunmur, a member of PHS Team Two believes that the move online has forced us “to find new, different ways to communicate while we’ve not been able to be in school”. Laura Eggleton, also a member of PHS Team Two, said: “It’s nice to see how everyone has adapted and, whilst there are brief moments of anxiety as someone’s wifi drops or you cannot hear a point of information, overall I have really enjoyed the process.”

In fact, the move online has had some unexpected benefits for our teams. Anna Houston, a member of PHS Team One, feels that online debating has allowed her to “feel a bit more connected to the outside world during CPVID”, and has enabled her to communicate with others at a time when reaching out is so important. In addition, as our teams are both new to debating, they have enjoyed the opportunity to calm their nerves by “getting a cup of tea and petting the dog”, whilst the judges are busy adjudicating, making the experience feel a bit less stressful!

I really enjoyed Street Law, because it gave me an insight to what it will hopefully be like to study law at university level, especially because we were given real cases to consider and discuss. Also, the fact that the Street Law tutors offered us their perspectives of what studying an LLB is really like was both useful and interesting.

Participating in Street Law sessions online this year on Google Meet was also really good, as it gave some pupils the opportunity to type their thoughts into the chat feature, if they didn’t feel entirely comfortable speaking in front of others. Overall, Street Law was a very interesting experience and I think that all pupils in Scotland would benefit from taking part.

A pupil at Clydebank High School 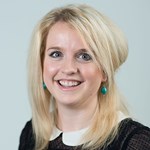 For more information about any of our schools’ outreach programmes or for assistance in delivering an internship online, please get in touch at careers@lawscot.org.uk