Family: Teaming up to Zoom in on marriage

Some jurisdictions now provide for marriage ceremonies to be conducted remotely. Were an innovative celebrant to solemnise a marriage in this way in Scotland, would the marriage be valid?
8th March 2021 | Elaine E Sutherland

It is trite law that proxy marriage – that is, where someone stands in for one of the parties – is not permitted in Scotland. The Marriage (Scotland) Act 1977 requires that the parties should be present at the ceremony, regardless of whether it is civil, or religious or belief, in nature (ss 13(1)(b) and 19(2)(b)).

In A v K [2011] CSOH 101; 2011 SLT 873, declarator of nullity was refused in respect of a marriage conducted by telephone where the bride was in Scotland and the groom and the witnesses were stated on the Pakistani marriage certificate as being in Pakistan. The court concluded that the marriage was celebrated in Pakistan and, thus, that it was not open to challenge for failure to comply with the formal requirements of Scots law.

What has not yet been tested in court is the precise meaning of being “present” and, in particular, whether a marriage would be valid where the ceremony was conducted remotely, in Scotland, with the celebrant, the parties and the witnesses coming together online from (possibly as many as five) different locations.

In response to the COVID-19 pandemic, a number of jurisdictions in the US, including California (Executive Order N-72-20, 31 July 2020) and New York (Executive Order No 202.20, 18 April 2020), made provision for “remote marriages”. The necessary paperwork is lodged electronically and the ceremony itself is conducted using audio-visual technology.

In the absence of express provision, it seems unlikely that a Scottish registrar would solemnise a marriage in this way, but what of a religious or belief celebrant who did so? Would the marriage be valid?

All in the “present”

While the place at which a civil marriage should be conducted is regulated (1977 Act, s 18), there is no similar restriction placed on religious and belief marriages. All that is required is that the celebrant, the parties and the witnesses should be “present” (s 13(1)). Where they join the proceedings remotely from different locations there will be less opportunity for the celebrant to assess the capacity of the parties (e.g. whether either is drunk or drugged) and the authenticity of their consent, but it is certainly arguable that they are all present in the sense that they are in attendance.

The 1977 Act does not anticipate marriages being conducted remotely, and there are a number of possible difficulties with its application in that context. First, the marriage notice that each party is required to lodge prior to receiving the marriage schedule contains a question about where the marriage will take place (s 3 and form M10). Giving false information may be an offence (s 24(1)), but it will not necessarily invalidate the marriage.

Secondly, ministers and deacons of the Church of Scotland and celebrants from prescribed religious and belief bodies must follow the form of ceremony of the relevant religious or belief body (s 14(a)). It is unlikely that any of these bodies provide for a remote ceremony. Nominated and temporarily authorised celebrants are required to use a form of ceremony that “is in no way inconsistent with” certain declarations specified in the 1977 Act (s 9(3) or (3A) and s 14(b)). Nonetheless, it may be quite possible to follow the prescribed form of ceremony in an online setting.

Perhaps most significant of all is the fact that, provided a marriage is registered, its validity is not open to challenge for failure to comply with the formal requirements (s 23A(1)). However, that saving provision only applies in respect of a ceremony at which “both parties were present”. Again, it seems, everything turns on what is meant by “present”. 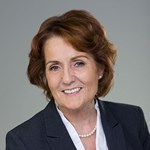