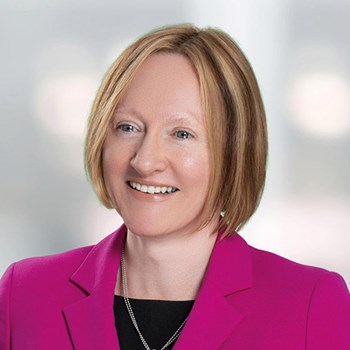 I was admitted a solicitor advocate in 2009. I had a number of motivations for seeking rights of audience, not least my own conceit that I was capable of doing as competent a job as many of the counsel behind whom I was used to sitting. More positively, perhaps, I wanted to test and develop my own pleading and advocacy skills.

I was also encouraged by the example of solicitor advocates around me at Brodies – the late David Williamson QC and my partner Joyce Cullen in particular – who used their rights in different forums. I contemplated, sometimes quite seriously, seeking admission to the bar, but always came down decisively in favour of continuing to work with the wide range of colleagues and clients at Brodies. I have had nothing but support from the firm.

Another key driver was my specialising in public law, in which the key cases are by petition for judicial review and therefore exclusively in the Court of Session. To be able to litigate those cases myself, I would need higher rights. I had the luck of good timing, having qualified in 1999 just as it was becoming clear what a range of issues and disputes were going to arise under the Scotland Act 1998 and Human Rights Act 1998. By the time I was admitted as a solicitor advocate, there was also freedom of information legislation, and shortly afterwards the Equality Act 2010.

Between 2010 and 2020 I was one of the Scottish Government’s standing junior counsel, and between 2016 and 2020 First Standing Junior. Those appointments were instrumental in developing my advocacy practice, giving me the opportunity to appear in a wide range of cases involving devolution, human rights, public procurement, and less familiar territory such as obtaining forced marriage protection orders. I also had the privilege of being instructed in several cases that made it to the Supreme Court, including the challenge to the Scottish Parliament’s “named person” legislation, Gina Miller’s challenge to the UK Government’s triggering of article 50, and the debacle over Boris Johnson’s prorogation of Parliament in 2019. Again, having the confidence and support of colleagues in the Scottish Government Legal Directorate – and ultimately the Law Officers – was key in helping me progress.

Another feature of doing mainly public law work is that I am often instructed by in-house counsel in bodies including OSCR, the SLCC and the Equality & Human Rights Commission. I appeared for the first time as senior counsel in the Supreme Court in February, in an intervention for the Commission in an appeal about the regime for obtaining interim protection in Employment Tribunal claims.

One of the most valuable aspects, for me, of being a “junior” solicitor advocate was the opportunity to work with senior counsel. I learned a vast amount from all the seniors I worked with and – hand on heart – never minded having my homework corrected. Whether it was quite as rewarding for them is no doubt a different question.

Solicitor advocacy work can be challenging in terms of the time and effort involved, but no more so than the challenges colleagues across the firm face in delivering for clients. It is perhaps more nerve-wracking than some aspects of the job, and certainly I have never lost the “fear” of appearance work. I never look forward to a case so much as when it is over.