On behalf of Lockton, the authors return to the subject of wills, executries, trusts and tax, with some cautionary tales of errors and oversights that have led to claims
8th March 2021 | Alan Calvert, Ed Grundy

In an earlier article (Journal, August 2020, 46), the authors and Lockton published a first principles take on common issues faced by private client solicitors. This article provides some examples of claims faced and the key lessons to be learned from each.

Our day-to-day work defending professional negligence claims throws up several issues in relation to wills, trusts, executries and tax which we see with relative frequency.

There are three main stages at which claims arise: (1) taking instructions from the client; (2) drafting the documents and having them signed; and (3) management of the trust or executry.

Obviously it is fundamental to ensure that full and appropriate instructions are taken which accurately reflect the testator or trustor’s wishes and are recorded. Without that, claims are almost inevitable. Below are some examples of where practitioners have been accused of getting it wrong.

We see many claims where it is alleged that the testator’s instructions have not been properly reflected in the final document. Accurate file notes are crucial when such a claim arises. An action was raised against a solicitor centred around the instructions given, which conflicted with a strong belief by a testator’s daughter that her mother wanted a trust in place. However, a series of file notes clearly showed that the testator’s instructions had changed, albeit without discussion with the daughter. The note of the final signing meeting clearly showed that the will had been discussed with the testator, that she understood its effect and that it fully represented her intentions. Where the final intentions are correctly reflected, whether the beneficiaries agree with those or not, it is extremely difficult for a beneficiary to claim for any perceived losses.

The claim was repelled, but without the saving file notes, the outcome was unpredictable, with a defence hanging solely on issues of credibility and background circumstances.

A claim arose where an experienced practitioner took instructions for a new will from a longstanding client, involving a trust for his grandchildren. Later he received an email from “the client”, changing his instructions and making outright bequests to his son. This had been the format of a previous will, so the solicitor thought nothing further of it, revised his draft and sent that for signing. Crucially, the contents and effect of the will were not discussed with the testator in any detail. It transpired that the son had persuaded his father to make the change. When the testator died, a claim was raised by the grandchildren on the basis of undue influence, alleging the solicitor had not taken proper precautions.

The “golden rule” in drafting is for the solicitor to be sure of the testator’s mental capacity (solicitors should follow the Law Society of Scotland’s guidance on vulnerable clients).

The risks are real, and we have encountered a lucky escape where a client appeared to have capacity throughout a meeting to instruct his proposed will. The solicitor assessed capacity at the outset, and remained satisfied until the end when the testator asked to be moved away from the radiator because they “were melting”. While that is a common enough Scottish phrase, it was followed with, “I’m a Snickers you see so I can’t be near the radiator.” Suffice to say, the will was not drawn up at that time and a follow-up session was arranged after the testator had seen a medical practitioner.

One of the most frequent claim types stems from survivorship destinations and practitioner oversight in that regard. These can obviously result in large claims by a disappointed beneficiary, often for the whole value of a property.

A claim was raised by a stepdaughter as disappointed beneficiary where a husband and wife intended to bequeath their half shares of a property differently, the wife to her daughter and the husband to his son, each from previous marriages. The solicitor was asked to evacuate a survivorship destination, but failed to do so. On the wife’s death the property passed to the husband/stepfather, as surviving spouse. On his death it transpired he had left the whole property to his son, and nothing to the stepdaughter, who made a claim for half of its value on the basis that the survivorship provision should have been evacuated per the clear wishes of her mother and stepfather while both were alive.

It goes without saying that the document must be competently drafted to reflect the testator’s intentions. Some further points should be considered at this stage to avoid claims.

Delaying meeting to take instructions, or drafting and finalising a will, is risky, and can result in claims from either an executor, say on the basis of increased tax payable, or a disappointed beneficiary where the delay prevents a bequest being made.

Such a claim occurred where a solicitor started the process of revoking a survivorship destination, then left the firm. His replacement arranged for it to be signed, but failed to lodge it in good time. Unknown to him, the evacuation was only lodged after the testator’s death, so her share of the property had already transferred to her husband rather than brother as intended. The brother attempted an unsuccessful action to uphold the revocation and also claimed against the solicitors for half the value of the very expensive property.

This could have been avoided by the departing colleague being required to give a thorough handover before leaving, including highlighting any urgent tasks such as this to ensure continuity.

Tax based claims arising from a will or trust drafted without the proper care or expertise are also relatively common, and can result in large inheritance or capital gains tax bills, or available nil rate bands being lost. Solicitors should take great care when providing tax advice; usually, it should only be given where such expertise exists within the firm, or has been sought externally. These claims are commonly both particularly complex and costly to resolve.

A claim arose where beneficiaries alleged that their mother instructed a solicitor to put in place a trust to protect them from the tax implications of the high value estate. The solicitor had little experience of such schemes and made several fundamental errors. As a result, substantially increased IHT and CGT bills were payable and an action was raised against the solicitor for resulting loss to the estate.

Wisely, many solicitors now expressly exclude tax advice in their engagement letters for standard wills, or recommend in writing that an accountant/tax lawyer is consulted, thereby spreading and reducing the risk profile.

It seems obvious that wills and trust deeds need to be properly signed; however, there are various examples of this not being done. Claims have arisen where wills returned unsigned are sent for safe keeping without checking, only for the firm to discover the omission many years later on the testator’s death. Checking signatures only takes a moment but can avoid serious claims down the line, so there should be no reason not to do it.

Practitioners should obviously check that the testator has the right to bequeath all items in their will, and check properties for survivorship destinations. However claims can also arise from contingent bequests.

A testator loaned money to a friend prior to her will being drafted, then bequeathed the same money to her son, anticipating repayment during her lifetime. The loan terms were vague and the repayment trigger didn’t occur during her lifetime. The son raised an action as a disappointed beneficiary, having not received the funds concerned. It took a number of years and significant legal fees to resolve the issue with a difficult original loanee and latterly his executors following his death.

3. Managing the trust or executry

Once the executry or trust is underway, in some cases we have seen a tendency to relax a little.

A claim arose where a solicitor failed to ensure that buildings insurances were in place at an executry property. A burst pipe caused serious damage of around £150,000 and the executor made a claim for the substantial decrease in the property value.

When preparing deeds of assumption and conveyance relating to new trustees, the basics must be carefully considered. Claims arise where the signing is defective, in one case resulting in the trust lapsing after the original trustee’s death.

Both of these examples show that the basics are key, and sometimes the easiest things to overlook, even (and perhaps especially) if you’re very experienced.

Claims and complaints are relatively common where beneficiaries have been overpaid, or payment made to the wrong person.

Trustees raised a claim against a firm for recovery of incorrectly paid monies. Cheques were sent to a firm representing 12 beneficiaries, along with the scheme of division which clearly showed that only 10 were entitled to those funds. The firm distributed the funds, and when the mistake was identified the two unentitled beneficiaries refused to repay, leaving the firm to repay the trust and seek recovery from the two beneficiaries separately.

As a final example, claims can also arise from an executor/trustee against a solicitor for failing to make expeditious progress with the administration. In a particularly lengthy example, the solicitor had failed to obtain a grant of confirmation for over nine years. There were other issues with the estate, including that the original solicitor handling the executry had incorrectly assumed no IHT was payable. Significant interest and penalties accrued, regular and detailed records were not kept and it was particularly difficult to decipher and resolve the issues in the case.

We again urge solicitors, no matter how experienced, to stop and think about what needs to be done in each will, executry and trust, however routine those steps may seem. Claims arise against practitioners at all levels, sometimes through the dreaded dabbling, and sometimes against very experienced practitioners who simply overlook something.

A suitable “first principles” process, questionnaire or checklist (such as Lockton’s own) should be created and a system adopted which the entire business should be required to follow at all levels of seniority. As shown above, without these systems in place practitioners can face a very diverse range of claims. Sometimes issues are created by inattention or complacency and sometimes by other causes, but hopefully it will shine through that many of our examples could have been prevented through proper and robust processes. We reiterate that detailed file notes are vital, given that the testator’s instructions are key to the whole process. The procedures and steps put in place will become second nature and the risk of claims can only be reduced. 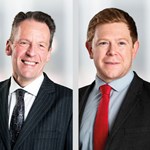