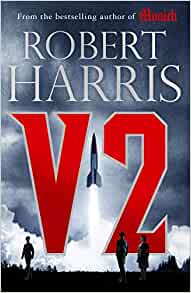 I have long been a Robert Harris fan. He began his career as a journalist and BBC television reporter. This shows in his attention to detail, and the thoroughness of his research. In some respects there are similarities between Harris and Ben McIntyre. The difference is that Harris is now an out-and-out writer of fiction, whereas McIntyre gets away with adding dialogue and emotions to characters whose lives can be known only by paper research.

The last of Harris's books which I read, enjoyed and praised to the skies was Munich, focusing on the infamous “negotiations” between Adolf Hitler and Neville Chamberlain. I had thought that came out last year – it didn't. I thought it was his last book – it wasn't. But the past year has played those sorts of tricks on us.

As you will have guessed from the title, the background to the novel concerns the setting up and deployment of the fearsome V2 missiles, and the attempts by the Allied forces to negate the threat. Harris uses a similar device to one he employed in Munich, namely having two principal characters from the opposing sides. Rudi Graf is a rocket scientist who has been keenly involved in their development from the outset, along with his more famous compatriot, Werner von Braun. Kay Caton-Walsh is an officer in the WAAF.

One normally finds much to praise in a Harris novel, especially the storytelling and the characterisation. It is quite difficult to believe that V2 comes from the same pen (oh, all right, keyboard) as Munich. The plot plods, devoid of suspense or twist. The characters are stereotypes (stiff upper lipped officers, bitchy WAAFs, evil Nazis) and the dialogue is uninspired. The fact that the German rocket scientists go on to develop the US space programme is not exactly unknown, so Kay's encounter with Rudi at the end hardly comes as a surprise.

This is as poor a novel as Munich was a fine one.

How to Betray Your Country 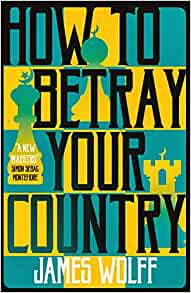 The work of Mr Wolff has thus far passed me by. After reading this book, that is my loss. Don't fall into the same error. Written with dry wit and cleverly paced, this novel sees former MI6 spy, Augustus Drummond, on a flight to Istanbul when he notices a fellow passenger acting in a manner which triggers his old antenna. Deciding to keep watch on the passenger, he witnesses his arrest on arrival at the airport and slips, with accustomed ease, into the role the passenger was clearly destined for. Shady meetings in cemeteries, tasks set and carried out, but never knowing the identity with whom he speaks. Drummond does not have his demons to seek, and drink is an antidote. He seeks to engage the local British spook at the embassy, but past relations create a barrier to seamless cooperation. We follow Drummond as he is increasingly trapped within the criminal desires of a stranger and taken down a path from which there seems no escape. Istanbul and the wider Turkey are described with clarity, and we are there with Drummond.

In Drummond, Wolff has created a unique character and one to watch. There's much scope for development and more stories. Seize this book with relish. 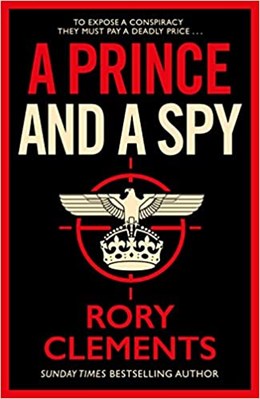 In this thrilling book, we see Professor Tom Wylde, a Cambridge spy, on a mission to identify how the brother of the King died in a plane crash in the north of Scotland. It's 1942 and the tide of war against the Nazi regime has yet to turn in favour of the Allies. The King travels to Sweden to meet with his cousin: does Churchill condone the trip, even if he is aware? They have a one-to-one meeting. In the absence of officials, what was said? Was anything agreed which would compromise the war effort? Those on the ground who witness the plane crash are innocent bystanders, yet ranks close when Wylde and the military start asking around. Who was the mysterious woman who it is reported was killed in the crash but whose body is not found? Did she exist? What do the military personnel know and what are they hiding? Kidnapped and drugged, Wylde finds himself at the centre of an investigation and conspiracy he does not understand. Those he thought were friends and colleagues, appear to be anything but.

These books just get better and better. Atmospheric. A true thriller, carrying the reader with a superbly crafted tale along at pace. Outstanding. More please.