Is legislation designed to protect children in Scotland from domestic abuse when contact orders are sought, achieving its purpose? A recent case shows that experiences of abuse are often marginalised
8th March 2021 | Gillian Baker

This year marks 15 years since the Children (Scotland) Act 1995 was amended so that family courts were required to have particular regard to the need to protect children from domestic abuse before making any s 11 order. The recent judgment of the Sheriff Appeal Court, LRK v AG [2021] SAC (Civ) 1, delivered by Sheriff Principal Pyle in January 2021, highlights the problematic approach taken by one sheriff to the requirement to consider the effects and risk of domestic abuse before awarding contact.

The case concerned an application for a contact order by a non-resident father to his daughter, then aged seven. A three-day proof at Livingston Sheriff Court took place in 2019, at the end of which the sheriff pronounced an interlocutor ex proprio motu adjourning the proof to another date in order that interim contact could take place. That interlocutor was successfully appealed (reported at 2020 SCLR 325; 2019 Fam LR 147), on the basis that it was incompetent for the sheriff not to issue a judgment following the proof. It is that subsequently issued judgment, awarding supervised contact, which was the subject of this appeal.

The grounds of this successful appeal focused on criticisms of the sheriff’s approach to two critical matters: s 11(7A)-(7E) of the Children (Scotland) Act 1995; and the requirement to obtain the views of the child in terms of s 11(7)(b) of the Act. It is the first of those two issues that this article considers – i.e., the “abuse” and “cooperation” provisions under s 11(7A)-(7E).

The abuse perpetrated by the child’s father on the mother in this case was established by a conviction that attracted a 12 month prison sentence, and his subsequent breach of a non-harassment order resulting in a prison term of five months. The abuse included his attempting to coerce the mother to eat dog faeces, putting petrol through the door of the house in which she and the child lived and threatening to set fire to that house with her and the child inside.

A finding by the sheriff that the father had perpetrated violence and other domestic abuse towards the appellant was unavoidable in the face of his convictions. The sheriff also concluded that the abuse “must have affected” the child adversely, and that the father had not cared about the impact on the child at the time he perpetrated the abuse. To this extent the sheriff partially addressed s 11(7A), finding as he did that (1) there had been domestic abuse, and (2) it had affected the child.

Sheriff Principal Pyle outlined that the sheriff’s failure to take into account the relevant matters in s 11(7B) warranted the Appeal Court’s interference. In particular, no consideration had been given to para (c), the ability of a parent who has carried out abuse to care for, or otherwise meet, the child’s needs, and para (d), the effect that any abuse, or the risk of it, might have on the mother’s ability to carry out her responsibilities to the child. The Appeal Court noted that the sheriff also failed to consider, as he was obliged to do by s 11(7D), the appropriateness of requiring the parties to cooperate with one another in pursuance of the contact order awarded in favour of the father. After consideration of the other key ground of appeal, the sheriff’s failure to consider the child’s view, the sheriff’s decision was recalled, and the case remitted back to another sheriff.

“Rooted in the past”

The lower court’s judgment in LRK v AG highlights the dangers of viewing past domestic abuse as merely a historic matter of little current relevance. Family lawyers will be familiar with the reductive characterisation seen in this case of domestic abuse being “rooted in the past”. It ignores victims’ lived experiences of domestic abuse, which include the continuation and escalation of abuse after separation.

Such decisions are based on the assumption, contradicting the research, that when an abusive adult relationship stops, the abuse stops too. Deeming such abuse irrelevant in a child contact case is also, as the Sheriff Appeal Court has now made abundantly clear, an error of law. It ignores the evidence of the risk of ongoing abuse after the parents separate. In LRK v AG, the child’s father had also breached a non-harassment order, granted after the parties separated, and had been imprisoned because of it.

Most importantly, LRK v AG also demonstrates the error that can befall judicial decisions when mothers’ experiences of domestic abuse are ignored or dismissed. Sheriff Principal Pyle was critical of the sheriff’s judgment, which mentioned “very little on the mother’s views on contact”, and dismissed the social worker’s evidence that the mother was “extremely fearful” of the child’s father.

While caution is often the initial response to allegations of domestic abuse in contact cases, subsequent decisions generally adopt the “normative starting point” (Kirsteen M Mackay, “The approach in Scotland to child contact disputes involving allegations of domestic abuse,” Journal of Social Welfare and Family Law, 40:4, 477 (2018)) of an award of supervised, supported or time restricted contact, with incremental increases being monitored by a series of child welfare hearings. Concerns about contact expressed by (mostly) mothers, and children’s views on contact, are usually interpreted through a lens that assumes contact is best for them. Distress is sometimes normalised despite the definition of abuse at s 11(7C) including “any... conduct giving rise... to… distress”. Despite the prevalence of domestic abuse and its known harmful effects on children (see panel for references), it is questionable whether its effects on its victims (including children) are any better understood in family law practice 15 years on from the protective legislation.

Research in Scotland has identified inconsistent approaches within the profession to the abuse provisions, and inadequate understandings of the dynamics and effects of domestic abuse among the judiciary (Richard Whitecross, Edinburgh Law Review 21:2, 269 (2017)). Building on these findings, I am currently conducting a qualitative study into child contact cases in Scottish courts involving allegations of domestic abuse (see author details for an invitation to take part).

Drawing on data gathered from in-depth interviews with mothers and solicitors, emerging results reinforce key findings from other jurisdictions (Adrienne Barnett, “Domestic abuse and private law children cases: A literature review”, Ministry of Justice, 2020). Crucially, a de facto presumption in favour of contact is so strong, and domestic abuse and the lived experiences of women and children who are (mostly) its victims are afforded such low status, that domestic abuse is marginalised.

The Children (Scotland) Act 2020 introduces further amendments to the 1995 Act that centre on improving children’s participation and extend special measures for the protection of parties who are victims of domestic abuse. These changes provide opportunity for renewed efforts to understand and address domestic abuse more effectively in the context of post-separation contact. A deeper understanding of how parents and children experience domestic abuse would end responses that, as in this case, ignore victims’ fear of their abusers and force them to explain why they do not feel safe around their violent abusers. (For an example, see LRK v AG at para 5, quoting an exchange between the sheriff and the appellant.)

Practices and attitudes that require agreement on contact (no matter how well intentioned) have no regard for the power and control that abusers have over those they abuse. Responses to dispute resolution that work well even in high conflict cases are not suitable or safe as responses where risk needs to be assessed, and conspire to marginalise child welfare concerns relating to domestic abuse (B Archer-Kuhn, Journal of Social Welfare Law 40:2, 216 (2018)). To dismiss domestic abuse as irrelevant to parenting capacity is to prioritise abusers’ rights to parent over their responsibility not to abuse and denies children the protection of the law.

Domestic abuse and its effects

For the effects on children, see: 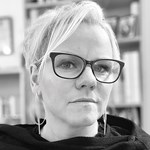 Gillian Baker is a solicitor and PhD candidate at Edinburgh Napier University, undertaking a study examining mothers’ experiences of contact cases involving allegations of domestic abuse in Scottish courts. The research involves telephone interviews with solicitors who practise family law in Scotland. If you would be willing to participate in the study, please contact gillian.baker@napier.ac.uk