Since the pandemic, employers are increasingly resorting to “fire and rehire” practices to reduce workers’ rights, and protections need to be strengthened
8th March 2021 | David Martyn

COVID-19 has thrown the practice of “fire and rehire” into sharp relief.

In aviation and hospitality, terms and conditions have been slashed. Employers have relied on temporary travel restrictions and social distancing rules to justify permanent removal of longstanding contractual rights – rights which will not be reinstated when restrictions are lifted.

While trades unions have mounted effective industrial campaigns against such attacks (most notably in British Airways and British Gas), is it time to consider more fundamental reform?

The notion that the state should interfere at all in the operation of private contracts is anathema to many. Why should an employer be prevented from varying the bargain when, as now, circumstances change?

The answer lies in the unequal bargaining power of the parties to the employment contract. As the Supreme Court reminded us last month in the Uber case, “it is the very fact that an employer is often in a position to dictate such contract terms that gives rise to the need for the statutory protection”: [2021] UKSC 5.

Rights to the minimum wage, annual leave and sick pay would rarely find their way into an employment contract if matters were left to the market. Social policy demands that the playing field is levelled.

At present, statutory protection against detrimental contractual variation – primarily the law of unfair dismissal – is weak and ineffective. An employee is only unfairly dismissed if they can prove there were no “good, sound business reasons” for dismissing and re-engaging them on less favourable terms.

In practice, such claims rarely succeed. Dismissing someone in order to pay them less for doing the same job may be morally wrong, but many would define it as “good” business.

The power of the courts was stretched to its limits last month in a case brought by the USDAW union. Following record profits, Tesco told frontline distribution workers (yes, the same people who risked their lives to keep us fed) that a contractual benefit Tesco had described as “permanent”, “guaranteed”, and only to be removed by “mutual consent” would, in fact, be removed by dismissal and re-engagement.

USDAW argued that any steps by Tesco to bring about removal of such a benefit would, prima facie, be in breach of contract and an unfair dismissal. In the first case of its kind, the Court of Session agreed to interdict Tesco from issuing notices of dismissal for this purpose, albeit ad interim.

Though welcome, this is unlikely to be of wider application where less concrete contractual guarantees are at play.

A number of alternatives present themselves. Gavin Newlands MP has introduced a private member’s bill which seeks to extend the list of “automatically” unfair reasons for dismissal to include any dismissal where “the reason… is to re-employ the employee on less favourable terms”. The proposal has an attractive simplicity. It has garnered cross-party support, and BEIS has now asked Acas to review how “fire and rehire” tactics have been used.

While the UK Government has officially described the practice as “completely unacceptable”, the bill may go too far for some on the right.

However, this is not a binary choice. Employee protections could be strengthened if, for example, an employer was obliged to show that proposed variations were justified by a genuine existential threat to the viability of the business, rather than just “good” business.

Alternatively, a statutory compensation tariff could be introduced, based on age, length of service and earnings. At present, terms and conditions are often bought out by employers at a fraction of their true value. Some sort of statutory floor would provide a degree of additional protection. It would also act as a financial disincentive against large scale changes.

Where there is union recognition, trade union rights should be clarified and strengthened. The Supreme Court is due to consider whether an employer can bypass a recognised union to offer incentives to vary contracts without union agreement. The unlawfulness of that practice should be placed on a statutory footing. Effective and sustainable “change management” of any kind is simply not feasible without the meaningful engagement of employee representatives.

In Scotland, the Fair Work Convention recently confirmed that fire and rehire does not meet its definition of a “fair work” practice in a modern Scotland. Although employment law is reserved, there are steps the Scottish Government can take. For directly employed public sector workers, why not introduce a clear guarantee into individual contracts that fire and rehire will never be used to bring about contractual change? Procurement, contracting and grant allocation policy could be used for wider impact.

It is clear that the economic insecurity caused by the pandemic has been used by opportunistic employers to impose damaging contractual changes on vulnerable workers, often with little economic justification. It’s time for legislators north and south of the border to offer more than a round of applause to low paid, frontline workers. Removing the scourge of fire and rehire will not solve all the problems of precarious, insecure work; but, as someone said, every little helps. 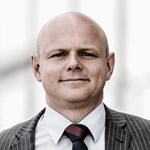