Why change – and why now?

The Children (Scotland) Act 2020 received Royal Assent on 1 October 2020. Its substantive provisions are not yet in force. Its passage follows two significant policy developments in the field of Scottish family law.

First was the 2018 Scottish Government review of the operation of part 1 of the Children (Scotland) Act 1995, which involved a lengthy public consultation.

The second development was the creation, in 2019, of a new Family Justice Modernisation Strategy, the aim of which was to refine both the legal principles and practical processes governing family court cases. “Family court cases” is the Scottish Government’s term for family proceedings raised by private individuals under part 1 of the 1995 Act. Typically, such cases involve disputes over residence and contact, although a range of other orders can also be sought in terms of the current s 11.

Many of the amendments made by the 2020 Act are intended to align the 1995 Act better with the contemporary interpretation of article 12 of the United Nations Convention on the Rights of the Child (“UNCRC”). Article 12 is concerned with the child’s right to be heard, and to participate in decisions concerning them. The changes relating to the UNCRC are particularly noteworthy at this time because a bill to incorporate this Convention fully is currently at stage 2 before the Scottish Parliament. (That bill now provides that it will come into force 12 months after Royal Assent.) The new responsibilities in respect of children’s participation are discussed more fully in the author’s second article.

Where family court cases are concerned, the 2020 Act also provides additional safeguards for vulnerable parties and witnesses, and for increased training and regulation of professionals appointed by the court to liaise with children and families involved in proceedings. These include child welfare reporters, curators ad litem and contact centres. However, one of the most significant changes made to the 1995 Act (there are others relating to public family law legislation) is the reworking of what has long been termed the “welfare test”, currently found in s 11(7)(a) and (b).

The welfare test: before and after

This current welfare test, aptly termed “the child lawyer’s mantra” by Elaine Sutherland (Child and Family Law, Thomson/W Green (2008), p 431), provides three well-recognised steps for courts deciding whether to grant orders in family court cases. These are: (i) the welfare of the child is paramount; (ii) the no order principle; (iii) the child’s opportunity to express a view to which the court shall have regard.

The 2020 Act, s 1(3) and (4) repeals s 11(7)(a) and (b), broadly re-enacting it by splitting it between the new s 11ZA (welfare and the no order principle) and s 11ZB (child’s opportunity to express a view). It also augments the welfare test with other factors to which the court must have regard. Accordingly, once the Act is in force, advising clients in such proceedings is likely to become a more complex undertaking for family lawyers. The decision-making process is also likely to become more onerous for courts.

The first two parts of the existing welfare test are re-enacted (almost verbatim) in subss (1) and (2) of s 11ZA, which is entitled “Paramountcy of child’s welfare, and the non-intervention presumption”. They read:

“(1) In deciding whether or not to make an order under section 11(1) and what order (if any) to make, the court must regard the welfare of the child concerned as its paramount consideration.

“(2) The court must not make an order under section 11(1) unless it considers that it would be better for the child concerned that the order be made than that none should be made at all.”

It does not appear that s 11ZA(2A) represents a departure from the current practice of courts to avoid delay in family court cases wherever possible. Arguably, it only makes explicit in statute an aspect of current good practice. Its insertion in the 1995 Act may place more of a burden on courts in their written judgments to refer to the particular steps taken to secure expeditious resolution in complex or lengthy family court cases. It could be viewed as placing more of an onus on lawyers, and parties, to avoid delay wherever possible.

Next, s 11ZA(3) sets down a list of specific factors for the court to consider in its decision-making process. These factors do not mirror the sort of substantive checklists used in other jurisdictions. In England, for example, s 1(3)(a)-(g) of the Children Act 1989 requires the court to consider a list of specific factors such as the child’s physical, emotional and educational needs, age, sex and background, his or her wishes and the capacity of a parent to meet those needs.

In contrast, the factors contained in the 2020 Act are largely future-focused, meaning that they require a consideration of the potential impact that the court’s order might be expected to have on the parents and children involved in the case. However, deciding what is best for the child is, as before, left to the wide discretion of Scottish courts. Section 11ZA(3) specifies four “matters” to which “the court must have regard” in “considering the child’s welfare and whether it would be better for the child to make an order than not”. Not all of these are new. Two will be familiar (protection from abuse, and co-operation), having been repealed from s 11 and re-enacted in s 11ZA.

The four matters found in s 11ZA(3) are split, rather unhelpfully, between six paragraphs, as follows:

This subsection essentially re-enacts the current s 11(7D). The key difference is that the new provision refers to “persons” rather than “relevant persons”. Currently, “relevant persons” are defined in s 11(7E) as parents or those having parental responsibilities or rights.

In using “persons”, s 11ZA(3)(e) might render the co-operation provisions more widely applicable to, for example, wider family members, who might be involved in, or on the periphery of, a family court case, and perhaps even the child.

As with the preceding matters, “the court must have regard” to these two (new) matters. The first concerns the issue of parental participation in a child’s upbringing. It is hard to predict what impact, if any, this provision will have in family court cases. With the second, the “important relationships” might be with other family members – but they may also be non-familial including, for example, a child’s peer friendships.

The main question raised by para (f) is whether it places a specific onus on courts, and by extension family lawyers, to make enquiries into the two matters set out? This remains to be seen.

The third part of the current welfare test, that regard be had to the child’s views, is re-enacted in new s 11ZB.

The most significant, and radical, changes made by the 2020 Act to the detail of the welfare test relate to the child’s participation. The full range of sections providing for greater participation by children in family court cases will be discussed in the second article. Broadly speaking, however, the new s 11ZB(1) makes two significant changes to the 1995 Act.

First, it creates a general obligation on decision-makers to facilitate the communication of views by children in the manner that children themselves prefer. Secondly, s 11ZB(3) will replace the current age presumption of 12 years for capacity to form a view, with a presumption that all children can form views, regardless of age. That places the onus on any person challenging a child’s capacity, by stating that children are “to be presumed to be capable of forming a view unless the contrary is shown”.

A further new provision, s 11F of the 1995 Act, inserted by the 2020 Act, s 20, requires that the court’s decision in (almost) every family court case be explained to the child(ren) involved. Significantly, s 11F(2) provides that explanations must be conveyed “in a way that the child can understand”. As outlined in the second article, the court is excused from the duty to provide an explanation in only very limited circumstances.

Once the 2020 Act is in force, part 1 of the 1995 Act will become significantly more complicated in layout than it currently is. As discussed here, the welfare test has been reworked and supplemented by the 2020 Act, with its components now scattered around the amended part 1.

However, at its heart, the welfare test embodies a focus on three main things: first, the paramountcy of welfare; secondly, non-intervention in family life; and, thirdly, the importance of children’s participation when decisions are made about them. The essence of this test, on which family lawyers have long relied, has been preserved. As the French say, “Plus ça change, plus c’est la même chose” – the more things change, the more they stay the same. And, where the crux of the welfare test is concerned, notwithstanding considerable amendment and rearrangement, this certainly appears to be the case. 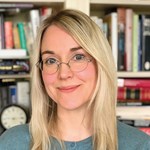 Dr Lesley-Anne Barnes Macfarlane lectures family law at Edinburgh Napier University. This article follows on from her 2019 report commissioned by the Scottish Parliament Justice Committee and her recent briefing on the Children (Scotland) Act 2020 for the Judicial Institute for Scotland.