Session Cases is celebrating its bicentenary. Emma Toner, the current editor, and Jackie McRae, chair of its publishers, told the Journal why it retains a leading position today
14th June 2021 | Peter Nicholson

Donoghue v Stevenson has been voted the favourite Scottish case in 200 years of law reports. The enduring appeal of the Paisley snail, and its status across the common law world, may not come as a surprise. It was the interest from around the globe in their online poll that took its organisers aback to a greater extent.

The occasion was the bicentenary of Session Cases, the rows of venerable volumes that form the centrepiece of most Scottish law libraries. The poll was the brainchild of its publishers, the Scottish Council of Law Reporting (“SCLR”), to commemorate the event.

The evolution of law reporting, and the first case in the first volume edited by Patrick Shaw, Strang v McIntosh, decided on 12 May 1821, are chronicled in an article on the Council’s website. With the exception of the United States Reports covering the US Supreme Court, Session Cases’ double century is believed to make it the longest running common law series.

Throughout that period, its status as the most authoritative Scottish reports has been secured, first, by having practising counsel (solicitor advocates are also now eligible) prepare and edit the reports, and secondly by having all published reports, including the headnotes, revised by the judges who decided the particular case.

Law reports in the modern era

Current editor Emma Toner, advocate (pictured below), has been in post since early 2020, after serving since 2013 as a reporter and from 2016 as deputy editor. She believes that two centuries on, law reports continue to play a central role. “When we look back over the 200 years we can see that Session Cases developed because of the importance of decisions being made publicly and a record being kept of those, and in its contribution to the evolution of precedent. For me the important part about law reporting, even though we now live very much in a digital age, is accessibility to decisions, to the law. 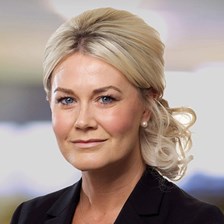 “Someone can pick up a report and without having to read the full 40 pages or whatever of a judgment, they can see at a glance what is the point of the case, what is it about, is it something that is going to be useful.”

Solicitor Jackie McRae, about to complete a two-year term as SCLR chair, agrees. The reporters are “our guides and interpreters” to the case law; and the most memorable reports “almost define the profession”. Referring to the poll, she adds: “The enthusiasm, the level of involvement that generated went far beyond what we could have hoped for. And it indicates how central the law reports are to the profession. They really are the tools of our trade, they fix legal principles in our minds, and they also capture the imagination.”

With the solicitor profession now so specialised, do many practitioners have as much need for law reports as they might once have? “I think most lawyers have an interest in the development of the law, reading of the law and understanding how it all fits together,” McRae replies. “As a family lawyer, although there has become a degree of specialisation in my work, you have to have an appreciation of other areas of law to function effectively. The law reports become critical because you can’t be an expert in everything. Well crafted law reports should help you understand and interpret aspects of the law you perhaps haven’t studied in detail before.”

Looking at the volumes on the shelves, Session Cases has clearly experienced both fat and lean years over its lifespan, but Toner has seen a stable and healthy number of cases coming through during her time – even with the pandemic, which hit just after she became editor. “To be honest it hasn’t really held anything back; it’s just different ways of communicating with reporters and in particular with judges. In terms of volume of decisions which are reportable, there is no discernible difference at the moment that I can identify.” 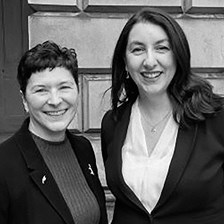 While the leather bound volumes are still published, and still being collected, SCLR moved relatively early to digitise its processes – and the Session Cases archive, the whole series being accessible via the main case law databases. It also recently engaged in a recruitment drive for reporters, resulting in the present team of 10 plus Toner and her deputy, Timothy Young, advocate. “There are different areas of practice amongst the reporters, which from my perspective is pretty handy because I try and allocate cases to reporters on their practice area. It’s not always possible but I find that way a good way of doing it across the board.”

That leaves Toner with the task of reading all the decisions published on the Scottish Courts website from the Court of Session and High Court, and now also the Sheriff Appeal Court – Session Cases has had to keep adapting in the last 20 years to accommodate the Privy Council, the UK Supreme Court in place of that and the House of Lords, and now also the SAC, whose decisions are, unusually, given a status defined by statute. She admits the reading can be quite onerous, “but you keep more on top of things that are coming out of the court as and when they are happening, so I do get some satisfaction from it, absolutely”.

By and large it is her decision what is reported. “From time to time I’ll perhaps run it past the deputy editor. But usually it tends to be quite clear when a case is really just turning on its particular facts and doesn’t raise any issue of novelty or legal principle.”

The snail and the tiger

Both Toner and McRae are confident that Session Cases enters its third century in good health. Indeed it continues to explore new ways to fulfil SCLR’s objects of public benefit and advancement of education. An example is the return to real time reporting in the recent seminal constitutional cases of Cherry and Keatings – reporters sat in court and prepared daily summaries of the arguments which were posted online. “That kind of immediacy of reporting was something we thought would be helpful,” McRae explains. “There’s a real focus on relevance and utility and how we can add value to practice in what is a very fast moving environment now.”

Toner concludes by returning to her point about accessibility. “Going forward with law reporting, and in particular with Session Cases, my hope would be that what Session Cases is doing and in what we produce we are enhancing accessibility and through doing that we are enhancing people’s understanding, whether practitioners or not, of the law, where it’s going, where it’s developing. I think it’s particularly important, when we look back over the 200 years so far, to look at that as a record for the generations to come as well.”

To finish where we began, what did each vote for as their own favourite case? Toner admits to being a Donoghue v Stevenson fan: “As a historic report on the law it’s clearly an interesting case, not least because it recast the modern law of negligence and the neighbourhood principle. And it’s probably the most influential Scottish case across the common law.”

McRae’s choice is less well known: Scott & Sons v Del Sel 1922 SC 592, a case she read as a first year law student and which has stuck in her mind. This was due to Lord Sands, in a dispute over whether a contract was frustrated by Government action, conjuring up the illustration of a milkgirl unable to deliver her wares due to a tiger escaping from a travelling circus. “There was never a tiger. There was no milkgirl. But the image – and the doctrine of frustration – stays with me.”

Such is the power of the law report. Here’s to the next 100 years.

SCLR: for the public benefit

While the principal concern of the Scottish Council of Law Reporting is the publication of Session Cases, as a registered charity its objectives are wider, including “to provide public benefit in Scotland and elsewhere and to promote the advancement of education and the advancement of human rights, conflict resolution or reconciliation”.

Dedicating its resources to these ends, it contributes to publishing other legal materials (supporting the late Andrew Hajducki QC’s textbook on civil jury trials, for example). It holds, and publishes online, the annual Macfadyen Lecture with domestic and international judges speaking on important and topical themes, recent lecturers including Lady Hale and Judge Ian Forrester QC. In addition it now supports the Lawscot Foundation and the Faculty Scholarship scheme, and in 2020 funded a postgraduate research scholarship to mark the bicentenary.

The Lord President, the Law Society of Scotland and Faculty of Advocates each put forward two trustees to its nominated and ex officio board. When the current chair, Jackie McRae, solicitor, steps down in June 2021, the vice chair, former Vice Dean of Faculty Angela Grahame QC (pictured above with Jackie McRae), will take her place and Christine McLintock, a former President of the Society, will become vice chair. The secretary, Anthony Kinahan, has long experience in legal publishing and business management and “steers the Council really well through all sorts of challenges”, McRae says.