Corporate: Clarity is king – win some, lose some

A recent decision provides a stark warning not only to online gambling sites, but all companies with consumer customers, on the importance of clarity and prominence with onerous terms and conditions
14th June 2021 | Sophie Graham

“If you must play, decide upon three things at the start: the rules of the game, the stakes, and the quitting time.” (Chinese proverb)

In Green v Petfre (Gibraltar) Ltd t/a Betfred [2021] EWHC 842 (QB), Betfred did not adequately state the “rules of the game”, i.e. the contract, to their detriment.

It was held that if onerous contractual terms are unclear, they will be deemed unfair to the consumer and consequently not incorporated.

In the small hours of 26 January 2018, Andrew Green had played a side bet in “Frankie Dettori’s Magic Seven Blackjack”, an online game provided by Betfred. Some time after he stopped playing, betting chips to the value of £1,722,500.24 were recorded on screen. He tried to cash in his winnings according to the online instructions, but was met with an error.

On contacting Betfred he was informed that there was a glitch with the game and they were unable to make payment. A fault in the development of the game meant that where play continued without a break, it gave much better odds of a player winning than Betfred intended. According to Betfred, at some point, if play did not cease, the player would have held only winning cards. Betfred argued it was not obliged to pay Green’s winnings in these circumstances, since the terms of their contract with players excluded such liability. Green commenced proceedings.

Green relied on clause 2.4 of Betfred’s terms and conditions, which stated: “Customers may withdraw funds from their account at any time providing all payments have been confirmed.” In addition, he argued that as respects the clauses which purported to limit Betfred’s liability: (a) there was no malfunction of “software” which entitled Betfred to avoid liability to pay winnings, “software” in the contract referring to software downloaded in order to access and play the game, not the game itself; (b) they were not sufficiently notified to him so were not incorporated into his contract with Betfred; (c) if incorporated, pursuant to the Consumer Rights Act 2015, and at common law, clauses of this nature required to be clear, fair, and transparent, which these clauses were not, and therefore could not be relied on.

Betfred’s defence was: (1) clause 2.4 referred to withdrawal of monies placed by the customer, not “chip balances”; (2) there was a defect in the game, and under clause 4.4 this excluded Betfred’s liability; (3) due to the defect, the end user licence agreement (EULA) also excluded liability to pay out; (4) the rules of the game, incorporated by reference or necessary implication in the gaming contract by a clause in the EULA, excluded liability for payment in the event of a malfunction; and/or (5) the parties were operating under a mutual mistake which voided the gaming contract between them.

Mrs Justice Foster formed her answer round three issues: (1) the meaning; (2) the incorporation; and (3) the reliance on exclusions of liability.

(1) The terms and conditions were, on the face of it, held not apt to cover the circumstances. If they sought to exclude liability to pay on an ostensibly clear win, i.e. Betfred’s obligation to pay out a winning player, they would have to be much clearer on the page.

(2) Referring to Interfoto Picture Library v Stiletto Visual Programmes [1988] 1 All ER 348, the judge concluded that whatever the meaning of the terms intended to be incorporated, inadequate signposting to the exclusions of liability, and a failure to highlight the effect and meaning intended, resulted in the terms not being sufficiently brought to Green’s attention so as to be incorporated in the gaming contract with him. Particular mention was made (at para 167) of the “iterative presentation in closely typed lower-case” which meant that the relevant clauses were buried in other materials that the player had to scroll through.

(3) Under s 64 of the Consumer Rights Act 2015, consumer terms and conditions must be fair and transparent – expressed in clear, intelligible language. A term is prominent if it is brought to the consumer’s attention in such a way that the average consumer would be aware of it. Under s 62(4), “A term is unfair if, contrary to the requirement of good faith, it causes a significant imbalance in the parties’ rights and obligations under the contract to the detriment of the consumer.”

Foster J concluded that the terms did not comply with the statutory obligation of fairness. Such an unfair notice was not binding on the consumer.

What are the lessons to be learned from this case? The combination of the obscure language, the context of the contract and the lack of adequate signposting to the exclusion clauses resulted in a departure from the obligation of fairness to the consumer.

While this is nothing new, it is an important reminder for commercial lawyers to take a step back from their drafting and apply the statutory test to ensure clear intelligible language, with sufficient signposting to bring exclusion clauses to the consumer’s attention that their clients do not have a nasty surprise later. 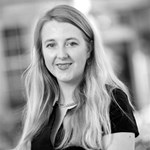