Powering up the network

In the first case of its kind in the UK, the Inner House has provided important guidance on renewal of agreements under the Electronic Communications Code, with a win for operators
14th June 2021 | Daniel Bain, Colin Archibald

In EE Ltd and Hutchison 3G UK Ltd v Duncan [2021] CSIH 27 (“Duncan”), the Inner House has provided some much needed guidance on the renewal of existing agreements under the Electronic Communications Code.

The Code regulates the legal relationship between mobile network operators and site providers – those on whose land or buildings operators install and operate electronic communications apparatus, such as masts and antennae.

The Code is contained in sched 3A to the Communications Act 2003, as amended by the Digital Economy Act 2017, and came into force in December 2017. It replaced the Code contained in the Telecommunications Act 1984; the UK Government’s policy document intended it to “pave the way for future technological evolution” and “provide a robust platform to enable long-term investment and development of digital communications infrastructure”.

The two companies (“EE and H3G”) appealed against a decision of the Lands Tribunal for Scotland (2021 SLT (Lands Tr) 1) dismissing their application for an order to terminate an existing Code agreement and replace it with a new one. The existing Code agreement, a lease, had been entered into when the old Code was in force. Its original term had expired and it was continuing from year to year by operation of tacit relocation.

The Code and subsisting agreements

Disputes regarding the interpretation and application of parts of the Code have resulted in a number of tribunal and court decisions, most of which have concerned the acquisition of rights by operators to install and operate apparatus on new sites. The decisions of the Tribunal and the Inner House in Duncan are the first in the UK concerning the renewal of existing agreements under the Code, and the outcome is particularly significant for operators and site providers who are parties to existing agreements entered into when the old Code was in force.

One of the main reforms made by the new Code (para 24) was the introduction of a “no scheme”, or “no network”, assumption for determining the consideration payable by operators to site providers under Code agreements (i.e. the rent payable for sites). The aim of this reform, as stated by the Government, was to reduce consideration to “a rate that is more relevant to the nature of modern digital communications infrastructure rollout, and will work to encourage greater investment and improved network coverage”.

The reforms also introduced a new right to assign Code agreements to other operators (Code, para 16); and new rights to upgrade apparatus on sites and share apparatus with other operators, subject to certain conditions (para 17). These rights were introduced with the aim of facilitating quick and cost-effective deployment of new technology in the context of, as the Inner House noted at para 14, a “widespread acceptance of the importance of digital communications in respect of economic growth, productivity gains and social interaction”.

Those reforms do not apply retrospectively, though. The Government’s policy document stated that it would “bring forward a clear and robust set of transitional provisions to set out how and when existing agreements transition to the new Code”. In terms of those provisions, “subsisting agreements” (agreements entered into for the purposes of the old Code and still in force when the new Code came into force: 2017 Act, sched 2, para 1(4)), have effect as agreements under the new Code, subject to the modifications made in the transitional provisions (sched 2, para 2(1)).

In terms of those modifications, the new rights to assign agreements, and to upgrade and share apparatus, do not apply to subsisting agreements: sched 2, para 5(1). These continue in accordance with their terms, including existing financial terms, but subject to certain parts of the Code, including the provisions relating to termination and modification of Code agreements. Those provisions include paras 33 and 34, which were considered by the Tribunal, and then the Inner House, in Duncan.

Renewal of agreements under the Code

Where the original term of a Code agreement has expired or is due to expire, either party may, in terms of para 33 of the Code, give notice to the other party requesting a change to the agreement, or requesting that the existing agreement is terminated and replaced with a new agreement (a so called “paragraph 33 notice”). If the parties do not reach agreement on the proposals in the notice within six months after the notice is given, an application may be made to the Tribunal for an order under para 34.

Paragraph 34(9) provides that the terms of a new agreement under subpara (6) are to be such as are agreed between the parties. However, by para 34(10), if the parties are unable to agree the terms, the Tribunal must specify the terms on an application by either party. The provisions of the Code relating to determination of consideration, and the new rights to assign, upgrade and share, are applicable to the new agreement: Code, para 34(11).

Paragraph 34(13) provides: “In determining which order to make under this paragraph, the [Tribunal] must have regard to all the circumstances of the case, and in particular to –

Subparagraph (13)(a) was central to the Tribunal’s decision in Duncan.

The Tribunal’s decision in Duncan

The Tribunal considered that the requirement to have regard to “the operator’s business and technical needs” set a “high bar” for the order sought by EE and H3G, and that their application did not clear that bar. The Tribunal decided that the application did not set out a sufficient justification for the termination of the subsisting agreement and its replacement with a new agreement, and refused the order sought.

In reaching that decision, the Tribunal commented that the application did not specify any particular need for a new agreement, for example that a third party wanted to install apparatus at the site and that EE and H3G were prevented from allowing that by the existing agreement. It also commented that there was no suggestion that any change was required to give the existing agreement business or technical efficacy, or to better serve consumers of telecommunications served by the site. There required to be something unduly onerous or restrictive in the existing agreement to justify its termination and replacement with a new agreement (2021 SLT (Lands Tr) 1, at 16 and 17).

The decision on appeal

On appeal, the Inner House accepted EE and H3G’s argument that the Tribunal had set the bar higher than the Code intended. Lord Malcolm, delivering the opinion of the court, stated that “we part company with the Tribunal in its assertion that the operators required to do more than point to the current arrangements as being out of step with the minimum rights available under the new code, for example in terms of assignation, upgrading, sharing and rent” (para 23).

He added: “Parliament has identified certain minimum rights for operators, including sharing/upgrading abilities and reduced outlays resulting from valuation on a no scheme basis. The view was taken that these are required if network operators and infrastructure providers are to be in a position to deliver the modern low cost electronic communications system which Parliament wants and which business and the public at large expect” (para 24).

As regards the Tribunal’s approach to the requirement to have regard to “the operator’s business and technical needs”, Lord Malcolm commented: “Too much was imported into the term ‘needs’. It does not exclude the general business and technical opportunities afforded by, for example, agreements which reflect the new code’s approach to matters such as sharing and upgrading facilities, and ‘no scheme’ valuations. The tribunal’s analysis would severely curtail the legislative intention to create the opportunity to bring old agreements into line with new code arrangements” (para 28).

He considered that “absent some particular contra-indicator, it is not easy to see how or why a tribunal could reasonably prefer to prolong an old code agreement rather than update it in accordance with the new code rights” (para 26).

The Inner House allowed EE and H3G’s appeal, quashed the Tribunal’s decision and sent the application back to the Tribunal for further procedure in accordance with the guidance in its judgment.

The UK Government recently consulted on changes to the Code, recognising that the policy aims of the Code are not being fully realised. The consultation document noted (para 4.9) that when the Code was enacted the Government had “intended to create a ‘steady phasing in of new Code rights’ through transitional arrangements that would make clear ‘how and when new agreements transition to the new Code’”, but that “it is possible that the current position might benefit from some simplification in order to fully realise [the Government’s] original policy intention”.

The Government’s response to the consultation is currently awaited, but it announced in background briefing notes to the Queen’s Speech (pp 66 and 67) that proposed reforms to the Code will be included in a forthcoming Product Security and Telecommunications Infrastructure Bill. It is possible that changes will be made to the Code to emphasise that subsisting agreements may be terminated and replaced with new Code agreements after their contractual terms have expired.

In the meantime, the Inner House’s judgment, and its clear guidance on the approach to be taken in applications such as the one in Duncan, should go a long way to realising the aims of the Code regarding the transition of old Code agreements to new Code agreements, the phasing in of the new rights to assign, upgrade and share, and the reduction of consideration. 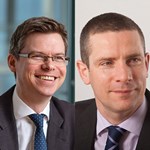 Daniel Bain, senior associate, and Colin Archibald, partner, at Shepherd & Wedderburn, acted for EE and H3G in the application and subsequent appeal discussed in this article