In the wake of the last global crisis of the magnitude we are now experiencing, namely World War 2, societal attitudes changed, priorities shifted, and laws evolved. The atrocities of war and the fight against fascism gave rise to the recognition of the need for checks on state power and minimum standards of dignity to be afforded to all human beings. International human rights law was developed and state, regional and international level institutions grew around it.

The 21st century twin crises of COVID-19 and the environment are now acting as catalysts to evolving our domestic legal human rights framework in Scotland beyond the Human Rights Act 1998, to a much expanded list of protections drawn from international human rights law.

In March of this year a National Taskforce on Human Rights Leadership, established by the Scottish Government and co-chaired by a cabinet secretary, recommended that the UN treaties on economic, social and cultural rights, women’s rights, disabled people’s rights, and the rights of black and ethnic minority people be all incorporated into Scots law. It also recommended that the right to a healthy environment, as well as rights of older people and equality for LGBTI people, be included in a new statutory framework. The Taskforce report has 30 recommendations in total, which relate to both the content of a new human rights law and how it will be developed and effectively implemented.

It is anticipated the new administration will take the recommendations forward and a human rights framework bill will be consulted on later this year, following relatively fast in the footsteps of the UNCRC (Incorporation) (Scotland) Bill – the first Holyrood legislation to take a UN treaty and place it on a statutory footing for devolved areas.

COVID-19 has spotlighted the structural inequalities faced by people working in low paid sectors of the economy, older people, disabled people and their carers, women, and black and minority ethnic people. The framework responds to this by providing specific, tailored protections for those who are the most likely to experience violations of socio-economic rights.

The pandemic has also highlighted the interrelationship between humans and our natural world and has been a time of increased urgency for dealing with the climate and nature emergencies. The recommendations set out by the Taskforce are in many ways a direct response to some of these challenges – recognising that social, economic and climate justice issues need tackled in a mutually dependent and reinforcing way.

The potential reach of this new legislation cannot be overestimated. The international standards and norms which will be housed within the legislation will permeate through all areas of domestic law and policy. In particular it will impact on law and policy geared towards social rights and protection of the environment – housing, social security, health and social care, mental health, planning, environmental law; and the list goes on. Litigants will be able to draw down on the suite of international protections through provisions not too dissimilar to those of the Human Rights Act.

In brief, the position of the Taskforce is that there should ultimately be duties on Scottish ministers, and all those providing public services, to comply in full with the treaty rights and obligations, and other recommended rights. Furthermore, the framework is to contain a clause for courts and tribunals which links the interpretation of the rights to the underpinning value of human dignity and to the international legal interpretation of the rights.

There are numerous other recommendations, many of which speak to how the framework, guidance and capacity building should be developed in a participatory way, how people need a greater awareness of the rights they have in law, and strengthened implementation and monitoring of rights through a variety of means, such as reporting and impact assessment. Finally, there is a recommendation that further consideration is given to how access to justice will be strengthened and provided for under the framework.

There is much to unpack, and much to develop further over coming months and years to put this new law on to the statute book and implement it in full. The Taskforce report nonetheless will provide a backbone to the policy aspiration of a human rights law which is aimed at being internationalist; maximalist (providing the widest protection within devolved competence); and multi-institutional – placing human rights responsibilities in the hands of the Parliament, government at all levels, and the courts, as well as our justice system more broadly.

In terms of the justiciability of rights and remedies available through the courts, there are some particular recommendations worthy of reflection. The rights to be protected in the framework are predominantly socio-economic rights. They relate to issues which are often systemic in nature, perpetuated by numerous actors, and affect large swathes of the population. It will be essential then that cases are brought in the public interest and there is not an overreliance on citizens having to battle their way through the legal system to seek redress on an individual basis. Court remedies must also seek to reflect this challenge and be appropriate for the type of violations which may be litigated under such a framework law.

The Taskforce recommends that the new legislation explicitly allows for bodies with “sufficient interest” to bring proceedings on behalf of claimants. This recognises that the “victim test” under the Human Rights Act 1998 is restrictive, and the public interest is better met with more expansive rules of standing which allow for civil society organisations and others representing the public interest to raise proceedings. Whilst the rules of standing in Scotland have significantly evolved since the leading case of AXA General Insurance v Lord Advocate [2011] UKSC 46, and the subsequent Courts Reform (Scotland) Act 2014, to include those acting with genuine concern for the public interest even in the absence of any private right or interest of their own, it is arguable that making this explicit further strengthens the position. In any event the principle is further bolstered by the recommendation that the Scottish Human Rights Commission is also given powers to raise proceedings – strengthening its currently limited legal powers.

The report also accounts for the structural nature of the challenges the rights seek to address through its recommendation on remedy. While the report is not prescriptive about what should be set out in the legislation, it does recommend that there should be further consideration of “how the framework could provide for the full range of appropriate remedies under international law to be ordered by a court or tribunal when needed, including targeted remedies which could provide for non-repetition of the breach (such as structural interdicts)”. Structural remedies as envisaged by the recommendations would potentially give a strong role to the courts in overseeing compliance with measures to be implemented to achieve the realisation of the rights.

We all know, however, that getting to the point of a court ordered remedy of this nature entails a long route to justice with many barriers and hurdles along the way. This was a strong theme coming from the engagement work with communities as part of the Taskforce process. As one participant put it: “We know that ‘fighting the system’ to achieve redress wears down the most capable lawyers in law centres. Imagine how hard that is if you don’t have that technical skill and are in crisis.”

As part of the Taskforce work, the Scottish Human Rights Commission provided an analysis of international human rights law which set out how the incorporation of human rights into domestic legislation needs to ensure the existence of accessible, affordable, timely, and effective remedies. It is apparent that our current system falls short of these international standards in a number of ways.

Assessing Scotland’s justice system against these standards raises many questions around access to advice and advocacy, the accessibility of the judicial process, the availability of legal aid and overall costs of litigation, the lack of non-judicial inquisitorial routes to remedy and the suitability of judicial review – to name but a few. The Taskforce recommendation is to give consideration to all of this. If taken forward this opens up a space for some real constructive, and potentially transformative, dialogue about reforms to our justice system based on how people experience the current system and how redress is provided through both judicial and non-judicial means.

Significant change to Scotland’s human rights legal framework lies ahead. Galvanised by the years of austerity, the loss of rights protections through Brexit, and now COVID-19, it has been recognised that the Human Rights Act 1998, while providing a solid foundation, can be built on through additional protections for socio-economic rights. Through the experience of the pandemic we have also seen that focused attention on the rights of those who are most impacted in society is required to address deep-rooted inequality. This new framework law seeks to bring about not only legal change, but culture change too – ranging from the courts to frontline services. The report implicitly recognises, though, that a rights-based culture will best thrive in the shadow of the law where there is strong accountability through the justiciability of rights. The legal profession as a whole will play a central role here in the necessary evolution of human rights law in Scotland to secure a fairer society for all. 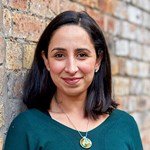