Scots law is out on a limb in not granting complainers in sexual offence cases the automatic right to anonymity, and we have founded a campaign to have this remedied as a matter of urgency
14th June 2021 | Seonaid Stevenson-McCabe, Annabel Mackay, Faiza Ashfaq

Complainers in sexual offence cases have no automatic right to anonymity in Scots law. While this is a fact, it is one that is often met with surprise – even disbelief.

The reality is that, while complainers in many other jurisdictions around the world do have an automatic right to anonymity, no such right exists in Scotland. As founders of the Campaign for Complainer Anonymity (CCA) we believe that this is highly problematic.

Scotland is an outlier on this. For example, in England & Wales, the Sexual Offences (Amendment) Act 1992 provides that complainants in relation to a large number of sexual offences are automatically granted anonymity. The relevant sexual offences are listed in the Act. If someone is a complainant in relation to one of these offences, the anonymity provisions will apply.

The Act when first introduced imposed a restriction on the publication of a complainer’s name, address, or picture in a “written publication” or “relevant programme” to be broadcast in England & Wales during that person’s lifetime, if it was likely to lead members of the public to identify the complainant. The introduction of the Youth Justice and Criminal Evidence Act 1999 broadened the scope of the 1992 Act, prohibiting the publication of any material likely to lead a member of the public to identify an individual by means of jigsaw identification.

It is important to understand that this Act does not protect Scottish complainers. Scottish publishers are prohibited from identifying complainants in English or Welsh sexual offence cases. However, no Scottish statutory or common law offences are included in the list of sexual crimes to which a right of complainer anonymity attaches. This means that Scottish complainers do not have the same rights as complainants in England & Wales.

It is not only England & Wales that provides such protection to complainers – jurisdictions including the Republic of Ireland, Australia, New Zealand, Bangladesh, Canada and Hong Kong all offer complainers some degree of protection in their respective legal systems.

So, how is complainer anonymity protected in Scotland? A convention exists that the identity of complainers is withheld from publication. The media are also bound by the Editors’ Code, which provides that complainers should not be identified by the press “unless there is adequate justification and they are legally free to do so”. Journalists may therefore be ethically constrained from publishing information which can lead to the identification of complainers. Significantly, however, this is an ethical code, and is not legally enforceable in our courts. Equally, while the media may be bound by journalistic ethics and longstanding convention, in an age of social media it is increasingly concerning that there is no legally enforceable right to complainer anonymity in Scotland.

Orders made under s 11 of the Contempt of Court Act 1981 can be used by the Scottish courts to protect complainer anonymity. An order can be made which allows the court to withhold a name or other matter in connection with the court proceedings. However, these orders are not automatic and, in practice, are not commonly used in sexual offence cases. In 2018-19, eight contempt orders were made. In contrast, 2,086 sexual cases were prosecuted that year. This leaves Scottish complainers in a legally vulnerable position.

This is why we founded the Campaign for Complainer Anonymity (CCA). The CCA is a collaboration between Glasgow Caledonian University law students and staff. Since launching in October 2020, we have been researching the rights of complainers in other jurisdictions. The CCA wants to understand what works well in other parts of the world and what pitfalls we need to avoid. By conducting this comparative research, we want to ensure that Scots law in this area becomes an example of best practice.

We also believe that public legal education is important. We are raising awareness about the precarious position of complainer anonymity in Scots law, explaining why reform is necessary. This will include outreach work via our dedicated campaign website and through our social media channels and podcasts.

We are calling on Holyrood to close this legislative gap as a matter of urgency. Given that four of the five main Scottish political parties included some degree of commitment to reform in their manifestos, we hope that change is within our grasp. We believe that complainers in Scottish sexual offence cases deserve the automatic legal right to anonymity, and we want to change the law. 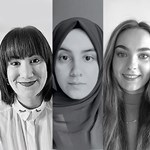