AGM hears of a challenge met

Staff, members and volunteers performed beyond themselves in meeting the challenges of COVID, the Society’s AGM heard. It also approved the various motions presented
14th June 2021 | Peter Nicholson

Scottish solicitors will pay a practising certificate fee of £517.50 in 2021-22, 10% less than the pre-pandemic cost in 2019-20, following approval of the proposal put by Council to the Society’s annual general meeting on 27 May – once again held virtually.

The reduction follows the 20% cut for the current practice year, and was set to provide some continuing support during the recovery phase from COVID-19.

Reviewing the year, President Amanda Millar said it had been spent facing up to the challenge of COVID. She had put her name forward to become the first visibly LGBT President, but it was clear what would dominate by the time she took office. She had also wanted to stand up for the profession, the consumer and for the rule of law and access to justice – all of which had remained true, though as respects the last two she had not expected to have to fight for them “quite so close to home, quite so regularly”.

Support for members had been required at “never before seen levels” (Lorna Jack told the meeting that enquiries to Professional Practice more than doubled to 28,500), as everyone tried to adjust to new rules and ways of working. The expertise of the Society’s staff, volunteers and committees had never been more important, and they had outdone themselves in their contribution.

In a “sink or swim” scenario, the President was incredibly proud of how the profession had swum in very difficult circumstances. Our principles had been tested, but retaining them remained a fundamental part of our civil society, and they could not be sacrificed on grounds of expediency.

Chief executive Lorna Jack recorded how the Society had remained focused on “leading legal excellence” despite the disruption: its priority had been to emphasise the importance of the legal profession, and what members had needed from the Society to continue to support their clients. However it had still taken forward the bulk of its original operating plan, and completed more than half of the set goals.

It could now carry out remote inspections of practices, CPD had switched to a comprehensive online programme of training, and online member engagement had attracted more people from across the country and beyond.

And despite all the difficulties for the profession, membership had still grown, to over 12,300 solicitors at the year end, along with now more than 2,600 student associates.

The meeting unanimously passed three constitutional resolutions: one to replace male-gendered references to solicitors with gender-neutral terms; one to extend the England & Wales Council constituency to include Scottish solicitors working in Northern Ireland; and one to allow presidential duties to be carried out by the Past President or another member appointed by Council, should the President and Vice President both be temporarily unavailable.

Draft amendments to the practice rules to amend the signature requirements for accounts and AML certificates, and the timing of the latter, all in line with current practice, and provide for charges for AML reinspections or reinvestigations where Council considers these necessary, attracted no comments and will be taken forward by the Regulatory Committee. 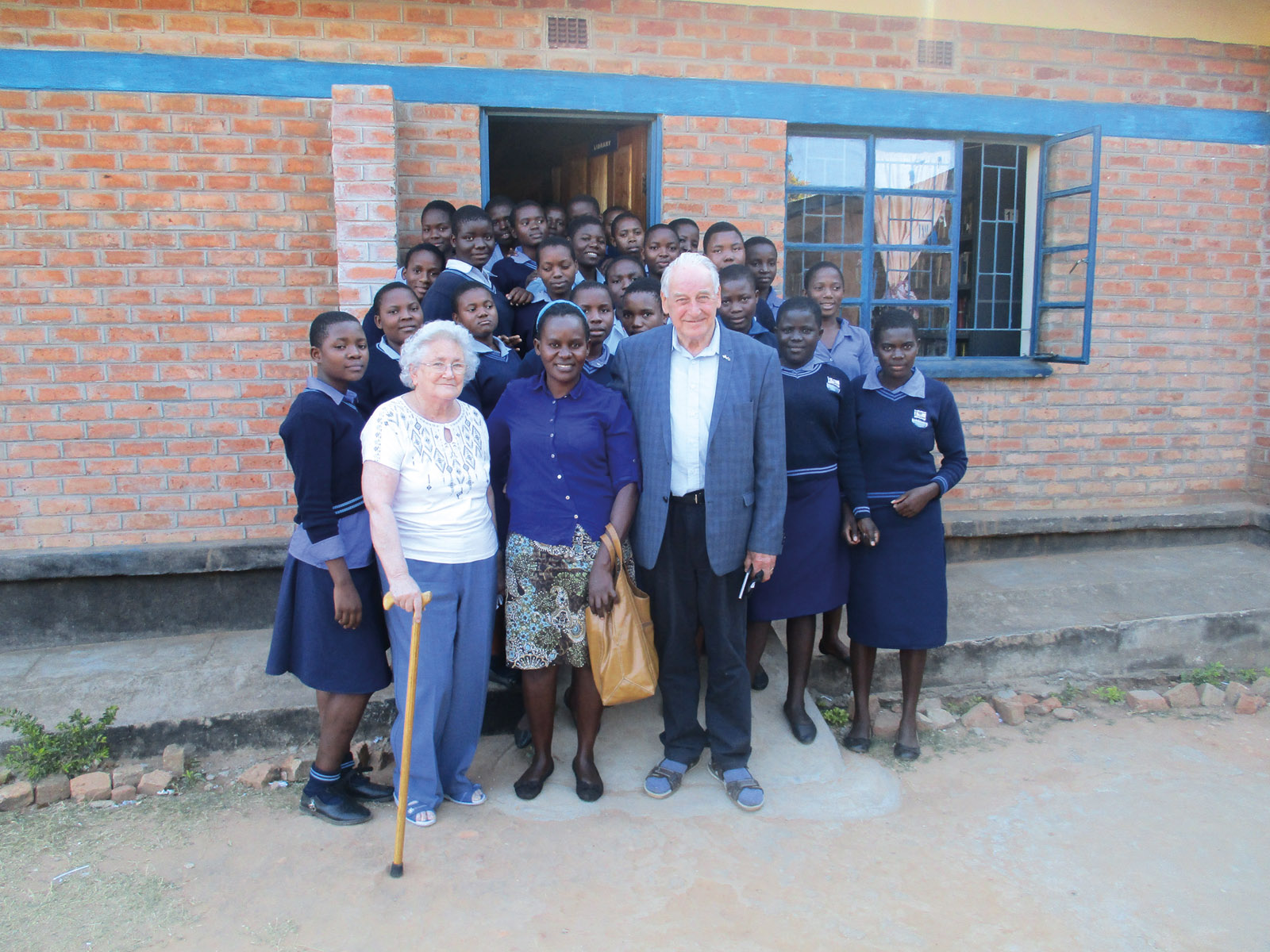 The meeting opened with the presentation to retired solicitor Colin Cameron of honorary life membership of the Society, for his commitment to the people of Malawi over more than 60 years.

As he admitted in his thanks, Cameron did not set out for the then colony of Nyasaland, on qualifying as solicitor in 1957, from any altruistic motive, but for the sole purpose of a salary with which he could afford to marry his wife Alison. Travelling via South Africa, he had his eyes opened to apartheid, and against his expectations found Nyasaland to be little different in practice. However he and Alison became involved with the local people, to the extent that he played a key role in negotiating the country’s independence in 1964. He became the only European in the first Malawian cabinet, only to resign months later when Prime Minister Banda reintroduced detention without trial.

Eventually returning to Scotland, he established his own legal practice in Irvine, retiring in 2003, but always retained close links with Malawi, and on a change of Government in 1994 was invited to become Honorary Consul to Scotland, serving until 2009. On the Scotland-Malawi partnership, which he was instrumental in creating, he said: “I feel that other similar countries could do well to follow that same model.”

Paying tribute, the President described Colin Cameron as “a true ambassador for the profession, showing the impact and influence a Scottish solicitor can have on a global stage”.