On 6 May 2021, in Wisbey v Commissioner of the City of London Police [2021] EWCA Civ 650, the Court of Appeal delivered a unanimous decision that the provision in the Equality Act 2010 dealing with remedies in a case of unintentional unlawful indirect discrimination is compatible with EU law.

The findings in fact of the London Central Employment Tribunal in the decision at first instance are important to contextualise the Court of Appeal’s rationale.

Alexander Wisbey, a police officer in the City of London force, was an authorised firearms officer (“AFO”) deployed to the Tactical Firearms Group. Throughout his employment as a police officer, he had had a form of defective colour vision. This had no obvious effect on his ability to discharge his duties, but it led his employer to remove him from both his AFO role in March 2017 and, later, from advanced driving duties as well.

Following a series of further colour vision tests he was reinstated to both roles in February 2018.

Since as a matter of statistical fact, about 8% of men and only 0.25% of women suffer colour vision defects, Wisbey made a claim of unlawful indirect discrimination in the Employment Tribunal. He contended (among other things) that the requirement to pass certain colour vision tests in order to remain authorised for firearms and advanced driving duties, and not be removed from such duties, unlawfully discriminated against men on the ground of sex.

His claim for unlawful indirect sex discrimination in removing him from rapid response driving was upheld. The tribunal declined to make an award of compensation for injury to feelings in light of the evidence. It found that the unlawful indirect sex discrimination was unintentional in the sense that the employer did not know, in applying to Wisbey the various colour vision requirements for driving, that he would be put at a particular disadvantage as a man, and did not intend that consequence.

At the Court of Appeal hearing, Karon Monaghan QC and David Stephenson, for Wisbey, argued that s 124(4) and (5) of the Equality Act 2010 was not compatible with Council Directive 2006/54/EC (the “Recast Directive”), the Charter of Fundamental Rights and the European Convention for the Protection of Human Rights and Fundamental Freedoms. Their contention was that the Equality Act provisions imposed an additional threshold before a court could give consideration to awarding compensation in an unintentional indirect discrimination case.

Section 124(4) and (5) anticipates that even where loss has been sustained in consequence of unlawful indirect discrimination, there may be no award of compensation because the requirement to consider making a declaration and/or a recommendation first may lead to a decision not to award compensation. In other words, the “consideration” requirement gives a steer to Employment Tribunals that other remedies are likely to be better or more appropriate than compensation in this sort of indirect discrimination case. It was submitted that this effect was illustrated in this case, as the tribunal’s judgment, having first considered the question of a declaration and a recommendation, made no award for injury to feelings.

The Court of Appeal did not agree, instead preferring the submission of Ijeoma Omambala QC for the police. It held that there is no prohibition in the Equality Act on awarding damages in such cases. The requirement to consider first whether to make a declaration or a recommendation before awarding compensation did not make vindication of domestic or EU law rights more difficult.

The ratio was succinctly and clearly articulated by Lady Justice Simler at para 40: “If, after consideration, a tribunal decides that a declaration and a recommendation are appropriate, nothing in the terms of the statute precludes a tribunal from also awarding compensation, still less requiring a tribunal to reach a conclusion that loss sustained by reason of the unintentional indirect discrimination should nevertheless be uncompensated for that reason. The prohibition on awarding damages for unintentional indirect discrimination was repealed by Parliament and has not been reintroduced in any way by the EA 2010. The “consideration” requirement is not and is not to be read as an obstacle to an award of compensation where compensation is due. There can be no doubt that employment tribunals have discretion under s 124(5) to award compensation once the other remedies have been considered and, importantly, if loss and damage have been sustained as a consequence of the indirect discrimination suffered, it is to be expected that compensation will be awarded. Moreover, such compensation should be both adequate to compensate for the loss and damage suffered and proportionate to it.”

It is noteworthy that the court rejected an assertion that discrimination claims and other employment-related claims which could form a basis of an indirect sex discrimination claim are approached differently. The court placed no credence in the argument that the order in which remedies must be considered forms an obstacle, such as to make those remedy considerations incompatible with the dissuasive and effective purpose of the Recast Directive, the Charter or the Convention.

The level of discretion afforded to tribunals to award compensation for injury to feelings once the other remedies are considered in such cases was not impinged; it is simply the case that a claimant must provide sufficient evidence of such injury to justify an award.

The decision serves as a reminder to practitioners that the desired remedy does not automatically follow liability in indirect discrimination claims. With a tribunal statutorily bound to consider non-pecuniary remedies first, a claimant who successfully demonstrates they have been unintentionally indirectly discriminated against by their employer must then present appropriate evidence of injury to feelings. Failing to do so may lead to a tribunal exercising discretion solely to utilise its power to issue a declaration, and possibly recommendation(s), without going so far as to make an award of financial compensation in restitution of injury to feelings. The ability to exercise that discretion did not, in the Court of Appeal’s view, depart from the remedy’s effectiveness or dissuasiveness. 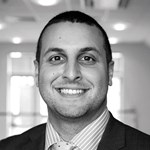