The artistry of those who produced the beautifully handwritten deeds of the past deserves to be preserved, however unexciting the deeds themselves
13th December 2021 | Meredith Graham Sykes

More seasoned practitioners may recall the rigmarole of pre-land registration title noting, with the sometimes unenviable task of ploughing through mouldy old dispositions, contracts of ground annual and instruments of sasine (perhaps faded xerox copies). Thankfully, this tedium is largely a thing of the past (isn’t the new streamlined system wonderful?).

In many cases, however, some marvellous examples of original handwritten pre-registration deeds were to be discovered in title bundles, many of which have now been lost. During my title noting exercises, I have retained some very fine examples of penmanship notwithstanding their mindnumbingly boring content.

In the early 20th century, it became common practice for such deeds to be typed (“thank God”, some may say), but many of the clerks employed to write these painstakingly reproduced parchment deeds were true artists. Today, conveyancers need only press a few buttons to create what is required, but one can only marvel at those bygone masterpieces produced in handwritten ink.

Set the scene: old legal office; rays of early sun highlighting particles of unsettled dust as the legal scribe efficiently draws nib over thick parchment; the aroma of old books, tobacco and Indian ink permeates. An ill tempered Dickensian master barks instruction not to smudge, as he glances at his gold timepiece before replacing it in the pocket of a black waistcoat covering a large stomach…

The most beautifully drafted deed I ever encountered was actually an English conveyance which I was fortunate enough to acquire in the mid-90s at an antique coffee morning in Grasmere village in the Lake District. One cannot fail to appreciate the skill involved in the creation of such art, which only years of dedication and experience could produce (see image). The style of lettering, the wax seals and the annotated coloured plan all conspire to create something more than its intended legal function, that of facilitating the creation of legal entitlement. Doubtless, such skill would have been taken for granted at the time, and so today, we should celebrate the work of these assistants.

The keyboard will soon reduce the handwriting implement to a historical curio. The fountain pen has already fallen out of favour – my grandson was astonished to discover the concept of a pen having its own reservoir of ink that could be drawn from a bottle. After gifting him one from my own collection, he sat enthralled for hours with his newfound activity.

In 1911, Kyugoro Sakata, a respected engineer from Hiroshima, Japan, was introduced for the very first time to a fountain pen as demonstrated by a British sailor who was visiting Japan at the time. He was so impressed by the design and function that he made the decision to devote his life to the development of the fountain pen. To this day, the company he founded (and named Sailor as a nod to the person who first introduced him to fountain pens) produces the finest nib in the world, the Sailor Naginata Cross Point Emperor Nib (see signature below – don’t ask the price…).

While not wishing to return to the ways of pre-registration, non-computerised conveyancing, we shouldn’t forget the artistry of those who created such beautiful documents, a great many of which continue to be destroyed. For those of us who remember the pain of scrutinising the contents of pre-land certificate material to ascertain whether there was anything “unduly onerous or burdensome”, let us spare a thought for the artisans who had to replicate such tedium – they certainly made it easier to look at than to evaluate! 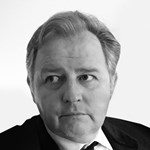