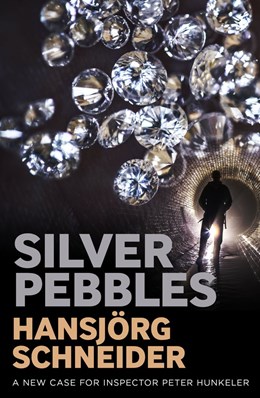 Inspector Peter Hunkeler of Basel CID is phenomenally popular in Germany and Switzerland, but it is only this year that he made his debut in English, thanks to our good friends at Bitter Lemon Press. (If you don’t know them, check them out. They have an astonishing back catalogue of top-notch crime novels and thrillers from abroad.)

The pebbles of the title are diamonds, intended as payment for drugs. A Lebanese courier, Guy Kayat, dumps them down a toilet when he realises the police are waiting for him, acting on a tipoff. Shortly thereafter they are found by a Turkish sewage worker, Erdogan Civil. The story, very simply, surrounds Kayat’s attempt to recover them, and the police’s attempts to catch him in the act.

The book begins with a quotation from Friedrich Glauser: “It’s telling a story, you see, simply telling a story, writing a picture book with the train, the house, the street in it, the things a man sees every day, yet doesn’t see at all because they’re too familiar.” I guess that must be Herr Schneider’s mantra. If you suspend disbelief on how absurdly simple it was for Kayat to discover that it was Civil who was in possession of the diamonds, this is a story well enough told, albeit one that won’t have me queuing up for the third volume. 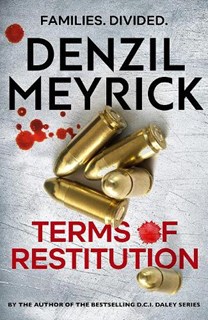 Denzil Meyrick leaves DI Daley and DS Scott behind (albeit briefly) as he brings us new and exciting characters in this barnstormer of a book. Zander Flynn has retired to London leaving his wife Senga to run the family organised crime business. She and Zander’s mother do not see eye to eye, but his mother is not a woman you’d want to mess with. Zander’s son is murdered along with some of his friends as they sit in a Paisley pub. An Albanian organised crime group, intent on expanding their criminal business in Glasgow, are said to be behind the killing. On Zander’s return to Glasgow he finds his wife is having a relationship with his biggest rival and his daughter is expecting a child. His other daughter Gillian also does not have her troubles to seek.

Zander decides to get his criminal enterprise back in order and get out of that world. But revenge takes hold. DCI Amelia Langley is set the task of solving the spate of killings which ensue. There are dark undertones of corruption, internecine rivalry, false leads and old scores that need to be settled. The narrative moves at a quick pace, with the descriptions of Glasgow lanes and the business that goes on there, as well as the criminal lives there and in Paisley, being all too vivid. We can only hope this is the first in a new offering from a master storyteller. Terrific.

Down by the Water 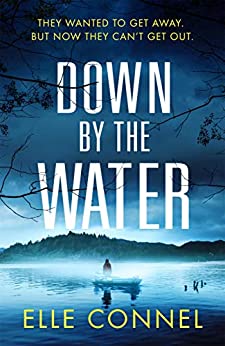 It’s just as well I was given this book to review, as I would have never reached the midway point otherwise. The first couple of hundred pages read like a (lengthy) synopsis for a very tired horror film. That impression is not helped by the lurid slogan on the front of the dust jacket, “They Wanted To Get Away. But Now They Can’t Get Out.”

“They” are seven university friends who have taken a castle in the Scottish Borders for a hen weekend. The castle, we are told, is a couple of miles from the sea. Fairly soon thereafter the sea becomes a loch. It’s an everyday horror story. In a selfie which they take, a drenched small child mysteriously appears. Could this be the same child who grabs someone’s hands as she peels potatoes? And who really is Tom, the mysterious estate manager? The horror continues with a poisonous snake in the plumbing, a half dead hare left at the door and, worst of all, no wifi or Guardian app.

When Bea goes missing, we fear the worst; however, she is engrossed in a diary which she discovers in a dusty attic room. At this stage, in fairness, the book does start to improve, but 237 pages of preceding dross is asking a lot of any reader. It is not helped by the fact that the characters are so unlovable and one dimensional. By the time we reach part four they are all at pains to stress that their circumstances are not like a horror novel. Well, you could have fooled me, and that’s before they are stranded by a fallen tree which blocks the road out and we have the obligatory power failure or two, before a thoroughly unsatisfactory denouement.

Elle Connel is the pseudonym of Lucy Ribchester. She is apparently better known for historical thrillers.

The author of this gripping novel was a Berlin Jew who left his homeland in 1935. He arrived in the UK where he was interned in 1939, only to be shipped to Australia. In 1942 he was allowed to return to the UK, but his ship was torpedoed by the German military and he along with hundreds more perished at sea. He was 27 years of age.

This novel begins on Kristallnacht, 1938. It is moving and troubling. The author writes fluently. Otto Silbermann is in business with Becker. The business carries Becker's name and both men hold shares. It is clear Silbermann was forced to enter this arrangement. Becker sets off to settle a transaction as Silbermann desperately seeks to sell his home. His home is stormed but he flees. He catches up with Becker, receives some of the proceeds of the transaction and then we follow him. The book is moving, as it was clearly written by one so young, yet one who could empathise with the experiences his fellow countrymen were facing. We see Silbermann in all his naivety: he still holds it is his business; he can secure a future deal; he will successfully sue Becker as the law is just. The book is troubling, as we see how easily former friends and acquaintances feed on his situation for their own benefit and enrichment. There is no support, no helping hand. Easier to follow the crowd. Outstanding.