Succession: Back of an envelope – testamentary intent?

A sheriff has held that signed and dated “alterations” on an envelope containing a copy will did not clearly show testamentary intent. What can we take from the decision?
13th December 2021 | Yvonne Evans, Duncan Adam

A recent decision considered informal writing and what is required to prove testamentary intent. In Application of Cummins and Tierney (Downey’s Executrices) [2021] SC EDIN 60 (15 October 2021), it was concluded that writing on the back of an envelope containing a copy of the will did not constitute a valid codicil.

Mary Downey, an Irish citizen domiciled in Scotland, executed a valid, professionally-prepared will in 2012. She died in Ireland in 2019. Among her personal papers, her niece discovered an envelope containing a photocopy of her will. On the envelope, Miss Downey had handwritten the date of the will, “12/12/12”, which was circled. There were then three asterisks: “*** Back of this envelope”. On the reverse, she wrote: “*** 6.16 and 6.18”, then, “January 2015”. Underneath she wrote “Alterations” (underlined). She then wrote “brother Pat’s 4” (circled), followed by “to STEPHEN (nephew)”. Then she wrote “nephew Patrick’s 4” (circled), followed by “to PAUL (nephew)”. Underneath these words were Miss Downey’s signature and “January 2015” repeated.

It was accepted that this writing would be valid in terms of the Requirements of Writing (Scotland) Act 1995, and would be treated as a codicil altering the terms of the will, provided that the testatrix had mental capacity, and testamentary intent could be shown. Miss Downey undoubtedly retained capacity.

Where a deed has been prepared by a solicitor and correctly subscribed, there is seldom any doubt about its purpose (if not about its effects). A challenge the court faces when presented with a document, the terms or effect of which are in doubt, is divining the intentions of the writer. In the case of testamentary writings, the court must look to the document and any available extrinsic evidence to determine what effect, if any, the document has.

It was argued that the form of the writing and its storage, i.e. writing on the back of the envelope containing the copy will, kept with her personal papers, were significant in indicating that Miss Downey intended the document to be treated as a testamentary writing. Sheriff Welsh stated that the starting point should not be to assume that this was a valid informal writing, saying that this “puts the ‘informal writing’ cart before the ‘testamentary intent’ horses”. Ultimately, Sheriff Welsh was unconvinced that, on a balance of probabilities, the evidence proved that Miss Downey intended to alter her 2012 will.

Starting with the words written, the sheriff suggested that there was no operative clause, i.e. the writing did not expressly state what it was or what actions were to be taken. He contrasted this with cases where the writer clearly states that they are additional clauses to a will. In his view, the use of “Alterations” alone was not sufficient.

This is perhaps a little surprising. “Alterations”, in combination with the facts that it was written on an envelope containing a copy of the will, referred (slightly erroneously) to numbered clauses and was signed and dated, might be expected to show testamentary intention to change the deed. It is not unusual for a client contemplating updating an existing will to write on their copy the changes they would like to make. It is, however, perhaps less likely that they would sign it. If they do sign it and it is not obviously a communication to another person, it is hard to see a purpose other than to attempt to imbue the document with legal effect. This decision suggests that the operative clause of any informal writing needs to denote its purpose explicitly in order to prove the writer’s testamentary intention to alter the terms of an existing probative will.

A person may instruct a solicitor to make a will and then make their own subsequent alterations or additions by informal writing, whether or not an “informal writings clause” was included in the will (Barr, Biggar, Dalgleish and Stevens, Drafting Wills in Scotland (2nd ed, Tottel Publishing, 2009), p 49). The inclusion of such clauses is common and there remains a place for them where, for example, a testator wishes to leave lists of various items they would like to bequeath to different people.

If an informal writings clause is to be included in a will, it is good practice to explain to a client how they should go about preparing such a writing, or perhaps even to offer to prepare it for them. It is also very important to suggest that it is stored with the will. It should be emphasised that any major changes to a will ought to be dealt with not by an informal writing but by either a codicil or a new will. 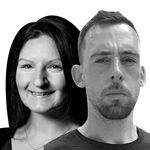