Time orders: has their time come?

Time orders under s 129 of the Consumer Credit Act 1974 have been on the UK statute book for almost 50 years.

Despite this, as far as “time to pay” remedies go, they remain significantly underutilised, and have featured less in consumer credit court cases than time to pays under the Debtors (Scotland) Act 1987. This is quite surprising, as they offer far more protections to consumers.

First, although they can only be used in relation to consumer credit agreements, time orders can be applied for not only when a creditor raises an action, but also earlier when a lender serves a default or arrears notice under the 1974 Act.

The court can also award one where it appears “just to do so”, and can provide for payments by instalments of such amounts, and at such times, as it considers just and reasonable. In addition it can make ancillary orders, such as to vary interest rates (s 136) or to remedy an unfair relationship (s 140A).

However, the greatest utility in using a time order is in relation to consumer hire purchase agreements for the sale of cars. In recent years, the growth of car finance has been exponential across the UK, and it is believed that over 90% of all new and used car sales are now being financed by agreements such as PCP (personal contract purchase) plan agreements, which for the purposes of the Consumer Credit Act are hire purchase agreements. The problem with these agreements is that when a consumer defaults on them, the finance provider will often seek not only to obtain decree for the full amount owing, but also the return of the car. Time orders can prevent this.

In several cases in recent years, where I have appeared as a lay representative, I have been successful in obtaining time orders for car finance agreements and helped clients to retain possession and use of their car, while making repayments under what the court has described as a “court supervised repayment plan” where decree has not been granted.

How such applications have been structured has varied depending on the circumstances of the case. Section 129 of the 1974 Act makes it clear that the court can issue the order for “any sum owed”, which in case law, historically, has been interpreted variously as meaning for the full amount owed, or only for the arrears.

Where the client’s intention has been to retain possession of the car and pay off the full debt owed, the orders have been structured for the full amount.

However, where clients have never intended to own the car, an “arrears only” approach has been taken. This has been driven by s 99 and s 100 of the 1974 Act and the changing model for these car finance agreements, where under PCP, increasingly large optional sums are included at the end to help drive down the monthly instalments for consumers. When these agreements are terminated by lenders, the full amount owing becomes due, including the optional sum, which is no longer optional.

Many consumers when they enter these agreements never intend to pay these optional sums, because s 99 and s 100 allow them to terminate their hire purchase agreements voluntarily and return their car at any point, with their liability being limited to half of what is owing under the agreement (including the optional sum), less what has been paid and some additional costs for excessive usage and damage. However, when an agreement is defaulted on and terminated, the consumer loses this right and the full amount, including the optional sum, becomes payable.

But where a borrower can resume their normal contractual payments, arguably a time order can be used for the arrears only. This means that when the arrears are cleared and the borrower has paid more than half the full amount owed within the original term of the agreement, the lender is restored to a position no worse than they would have been, had the agreement not been defaulted on.

Now although s 129(2)(a) of the 1974 Act does not allow expressly for time orders to remedy monetary breaches of agreements (s 129(2)(b) does for non-monetary breaches), the court under s 136 can make an ancillary order to vary any agreement when making an order. Arguably, this could include the amount that is owed under the agreement should the car be returned to the finance provider.

Although no case I have been involved in has led to a court ruling on this point, lenders have always been pragmatic when such an approach has been taken, allowing the consumer to return the car.

The result has been an equitable one, thanks to time orders: the consumer retains possession and use of the car, while maintaining the contractual payments and repaying their arrears and ultimately being able to return the car after they have repaid half the full amount owing, while avoiding a decree.

It’s hard to believe such equitable outcomes were not always within the original intentions of the drafters of the 1974 Act. 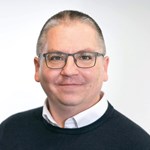