I count myself lucky to have been a guest of HM Inspector of Prisons for Scotland on a few occasions, one in January this year when we spent a few days inspecting HMP Dumfries. The night before we started, I was unpacking my bag with the hotel TV on in the background. I missed the beginning of the programme but caught the narrator still explaining the premise that Scots had been responsible for founding the Ku Klux Klan, through the heritage of the six Confederate officers who had founded it, named it and given it its philosophy and accompanying branding. I admit to not remembering every blessed detail, and also to being shocked – both at the fact of the matter and also that this was the first I had heard of it.

There were probably many people experiencing that same feeling this summer, as Scotland’s colonial and slave-trading history became headline news in the wake of the brutal killing of George Floyd in Minnesota and the ensuing global reckoning. Facts about street names, building ownerships, wealth legacies were spotlighted; politicians gave their views on the Black Lives Matter movement; people marched.

The invasion of the news agenda was remarkable, and fairly uncontroversial. Barely anyone in Scotland argued that there had been no injustice against blacks, historically or recently. However, there was some difficulty describing local examples. Historically, we were not the site of the graphic atrocities of slavery. At present, blacks are few in number – just above 50,000 at the 2011 census, or 1% of the population – and not the subject of much scandal. On paper, it looks as if things, both good and bad, are in their right proportions.

When I moved to Scotland from England in late autumn of 2014, Scotland had just rejected independence from the UK. The country had been through a period of rigorous scrutiny and was contemplating a future in which it hoped to prosper with increased devolution and a contrast to the austerity agenda. The labour market was just picking up from the 2007 financial crisis, and for me, finding work was hard. I explored other fields while I studied to cross-qualify as a Scottish solicitor, but nothing yielded.

I won’t say that my ethnicity was a factor in me not being hired. I have no reason for believing it was. The lawyers I knew were welcoming and generous with their advice and insight. The learning curve was steep, but there were rungs on it. It wasn’t until I finally got back into court that I realised I was a remarkable rarity. An experienced solicitor with an English accent and dark skin. There was no danger here of me being mistaken for my clients. At the Asylum & Immigration Tribunal I only had to attend once before the staff knew my face and could spell my name properly. At the Mental Health Tribunal and sheriff court I only attended with a black client twice over two and a half years. I’ll admit to being elated at working alongside a black colleague at the Scottish Human Rights Commission – not for her skin tone but because she was incredibly effective. Had we ever travelled anywhere together I might have insisted on separate cars, as an incapacitating accident would have, to my knowledge, halved the number of black solicitors in the Central Belt, and probably all of Scotland.

My skin colour has been neither a bonus nor a hindrance to my professional progression in Scotland. The advantage in joining this multi-millennial profession is that it predates every ethno-cultural model in existence. Its existence is almost a divine necessity (and I include both elevations of deities in that), and therefore makes a mockery of mortal machinations. Its language punishes bias and prejudice, and its practitioners are tethered to an exacting ethical code. When we lawyers are at our best we have devastating potential. However we ply our trade in the spaces between other trades, places and people, and as people ourselves some of us still house the worst prejudices, without Lady Justice’s luxury of blindness.

So while we see that representation of blacks may be numerically proportionate to the population, we cannot ignore the multiple longitudinal dimensions of injustice that go alongside that. Scotland’s disproportionate participation in the Atlantic slave trade and its associated industries; the disproportionate presence of Scots in the slave colonies; the wealth extracted from colonies and ploughed into Scottish institutions eclipse any contemporary injustices innumerable times over.

When we lawyers apply legal principles to addressing an enduring injustice, a “continuing wrong”, we cannot be satisfied with political arguments about expedience and continuing efforts. In the ongoing public inquiry into the death of Sheku Bayoh in police custody over five years ago, police attitudes towards other ethnicities are an issue. Add in three bizarre asylum seeker deaths in Glasgow over the past few months and questions are legitimately raised about how these worrying trends grind on.

I do not often participate in Black History Month, mostly because I believe it to be a token gesture lacking in meaning. What has become clear to more people, in light of recent news coverage and analysis, is that Scotland’s history is far more intertwined with Africa and the Caribbean than has been institutionally acknowledged. It is not outrageous to say that Scottish history is Black history. For at least 300 years it was, and at times during that period it is arguable that it almost entirely was.

The absence of black faces on the Clockwork Orange, in Holyrood seats and in the cast of The Cheviot and the Stag, belies a complex and revelatory narrative. If Scotland were considered a middle aged country, its adolescence and roaring 20s are missing from the family photo album. Or at least they are very selectively curated. The Scots’ international reputation for wit and charm, industry and integrity would not pass scrutiny. We are only as good as what we do.

Prior to the 2014 referendum, Scotland hosted the Commonwealth Games. I was a grateful intern at the time in Glasgow and Edinburgh. Though no one could have mistaken me for an athlete, I was probably less conspicuous then and I could eavesdrop easily on pub conversations almost entirely centred on the referendum. I cannot blame people for not talking about Scotland’s troubled international past at that ideal time.

For one, there was already plenty to talk about, but also, hardly anybody knew many of the details, myself included. I count in this, Scotland’s enlightened approach to abolition and bold moves against injustice over the years.

This month, in this of all years, the lawyer’s role is to educate and advocate. Educate ourselves first and advocate for the education of others. The shackles of ignorance chafe relentlessly, and keep us from seeing and choosing to do what is necessary. The reason for better education about Scotland’s “Black” history is not to force shame on anyone, living or dead, but to empower everyone of every ethnicity to participate in recognising, deciding and implementing meaningful changes. There is a great deal of work to be done in engineering remedies to the problems of some enduring catastrophes. As some of the most intelligent and eloquent people in public life in this country, lawyers can make a profound impact on this activity. I, for one, would be grateful if we did so. 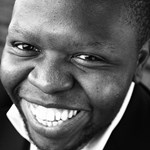